CULTURE Things look up for Timo Werner after big disappointments

Things look up for Timo Werner after big disappointments

BERLIN, Aug. 31 (Xinhua) - Fans haven't seen Timo Werner this happy for months. Nothing seemed able to make him stop after scoring three goals in a Bundesliga game for the first time in his career. It was him shooting his club of RB Leipzig to the national league's top spot when beating Borussia Moenchengladbach 3-1 this Friday evening. 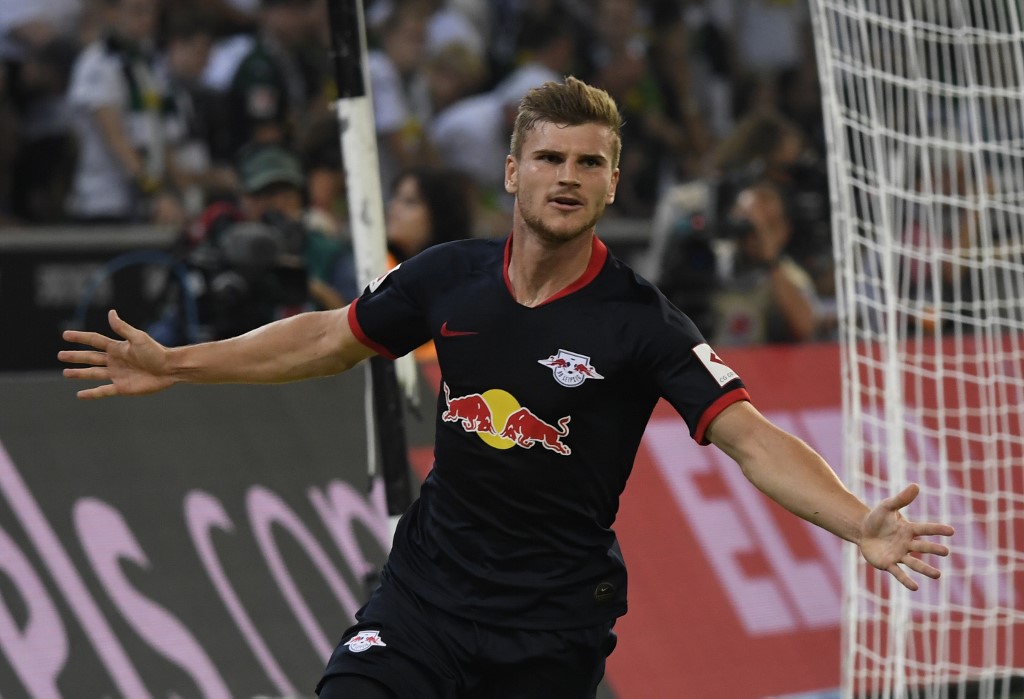 The 23-year-old striker appeared deeply relieved. The heavy load resting on his shoulders over the past weeks seemed to have disappeared all of a sudden. Werner scored his fifth goal in the season's first three games after he extended his contract with the East-German side until 2023.

Times haven't been easy for the German international lately, but now a breakthrough seems to have been achieved.

The youngster must have felt like a gambling tool as Bayern Munich indicated interest in several meetings, but in the end, didn't offer the promised contract.

At the same time, the 23-year-old rejected an offer from Atletico Madrid despite coach Diego Simeone' intense effort to convince him to join the top Spanish side. Going abroad at this young age, Werner said, might not be the best idea.

He much more felt ready to do the next step in Germany, openly spoke about Bayern's interest and his intention to join the Bavarians. What followed was a significant disappointment, and Werner's career seemed to come to a halt.

His popularity among Leipzig's supporters reached the lowest figures since he joined the side from VfB Stuttgart in 2016 for ten million euros.

Now he talked about a strikers' "special feelings" when having scored three goals, but denied it happened because he signed a new contract and speculations about his future came to an end. "It's the team currently performing brilliantly, and I get so much support from my teammates. That makes it easy to score," he commented.

Shortly after Werner admitted to feeling free now as "I wanted to end all these speculations about my future. Every time I couldn't score a goal, people said it because he is blocked in his head. Everyone asked, is he leaving or not. Now things are done," he emphasized.

Despite him commenting reluctantly on his latest goals, it seems evident that his tricky situation had an impact on his performance. "I can build on a good last season," the forward is insisting after having scored 16 goals in 2018/2019 right behind the German top scorers Kai Havertz (Bayer Leverkusen) and Marco Reus (Borussia Dortmund) who both scored 17 goals.

"He feels free now, and everyone can see that," his agent, former German international Karlheinz Foerster commented. The former defender managed to find a suitable solution for his client's problems.

Werner agreed on a deal with Leipzig, including a salary rise and an exit clause that is allowing him to leave every year. Depending on the year, the transfer sum is going to be adjusted. Reports speak of 30 to 60 million euros.

Werner's performance curve is consistently pointing upwards as he scored ten goals in the last 15 games plus delivering five assists, but this season's performance was in doubt due to his uncertain future.

Now Leipzig coach Julian Nagelsmann is pleased about his outstanding striker duo as Werner, and Danish Yussuf Poulsen together have scored 41 percent of their team's goals.

The tabloid Bild called Werner's record an "explosion" and mentioned no other German striker scored as often as he did since he made his Bundesliga debut in 2003 (68 times) followed by Reus (67).

"I think we have done the right thing," Foerster commented.

German national coach Joachim Loew expressed his satisfaction about Werner's latest games and is looking forward to welcoming the Leipzig striker for the two internationals against the Netherlands and Northern Ireland next week.

And what about Bayern and Diego Simeone? While Bayern seems to have lost ground regarding Werner is Simeone said to very likely try again next year.