CULTURE Things that go bump give Hamilton headache at US GP

Things that go bump give Hamilton headache at US GP 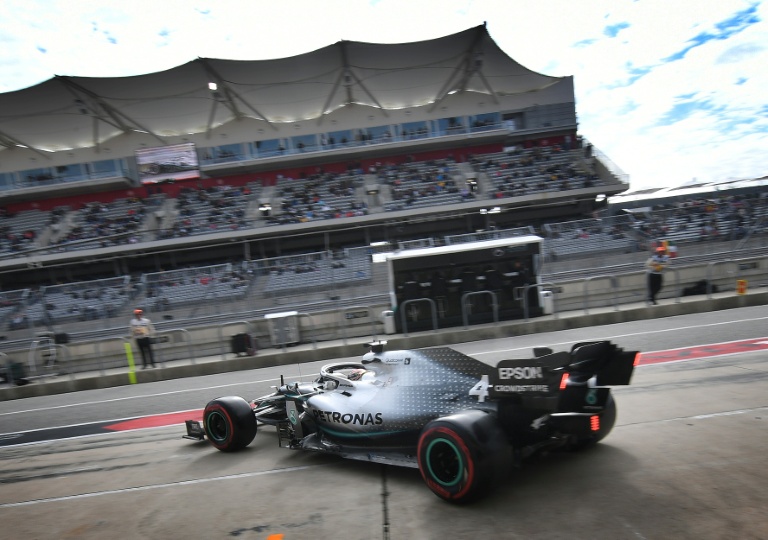 Lewis Hamilton sets out from the pits at the Circuit of The Americas ahead of Sunday's USA Grand Prix.(Photo: AFP)

Lewis Hamilton said he had to lie down and recover from a "massive headache" caused by the bumpy track before he topped second practice at the United States Grand Prix on Friday.

The 34-year-old Briton, who is poised to clinch his sixth drivers' world title on Sunday, said the Circuit of the Americas was "the bumpiest track by far that I have ever been on."

Several other drivers also complained as they struggled with the uneven surface including nearest rival Charles Leclerc of Ferrari who wound up second fastest by three-tenths of a second.

Hamilton said he "was not feeling good" because of the bumps after opening practice, topped by Red Bull's Max Verstappen who was third-quickest in the second session.

"It was the bumpiest track by far that I have ever been on -- I had such a headache," said Hamilton who needs only to finish in the top eight to retain his title.

"They are not such a bad thing in some places because it just adds character to a circuit. I'm not a fan of completely smooth circuits, but this one is like massive, massive bumps -- and the problem, for us, is that we don’t have much suspension.

"So it's usually your butt on the floor and your spine takes all the compression so I was feeling horrible.

"I had such a massive headache after P1, I had to lay down.

"I was not feeling great. We made some changes to make it a little bit better for the second one so it wasn’t feeling as bad through P2 -- so fingers crossed."

He added drivers needed to make adjustments to their braking points to deal with the bumps. During the session, Ferrari instructed Leclerc to upshift a gear on approach to a bad bump at one part of the track.

"Some of them, as they were before, were a good characteristic to have (at the track) because it made it quite difficult. You had to brake a bit earlier because you don't want to brake on a bump.

"But here today, it has been pretty hard-core. We have to drive around it and everyone is in the same boat.

"We'll just deal with it, keep working on it."

He added that from watching on-board video footage, it seemed that the Ferraris could "sail through" with softer suspension.

Then, in light-hearted desperation for a softer ride himself, he added: "I might have to put a pillow in my seat!"