CULTURE Things to know for the NCAA Tournament’s Final Four

Things to know for the NCAA Tournament’s Final Four 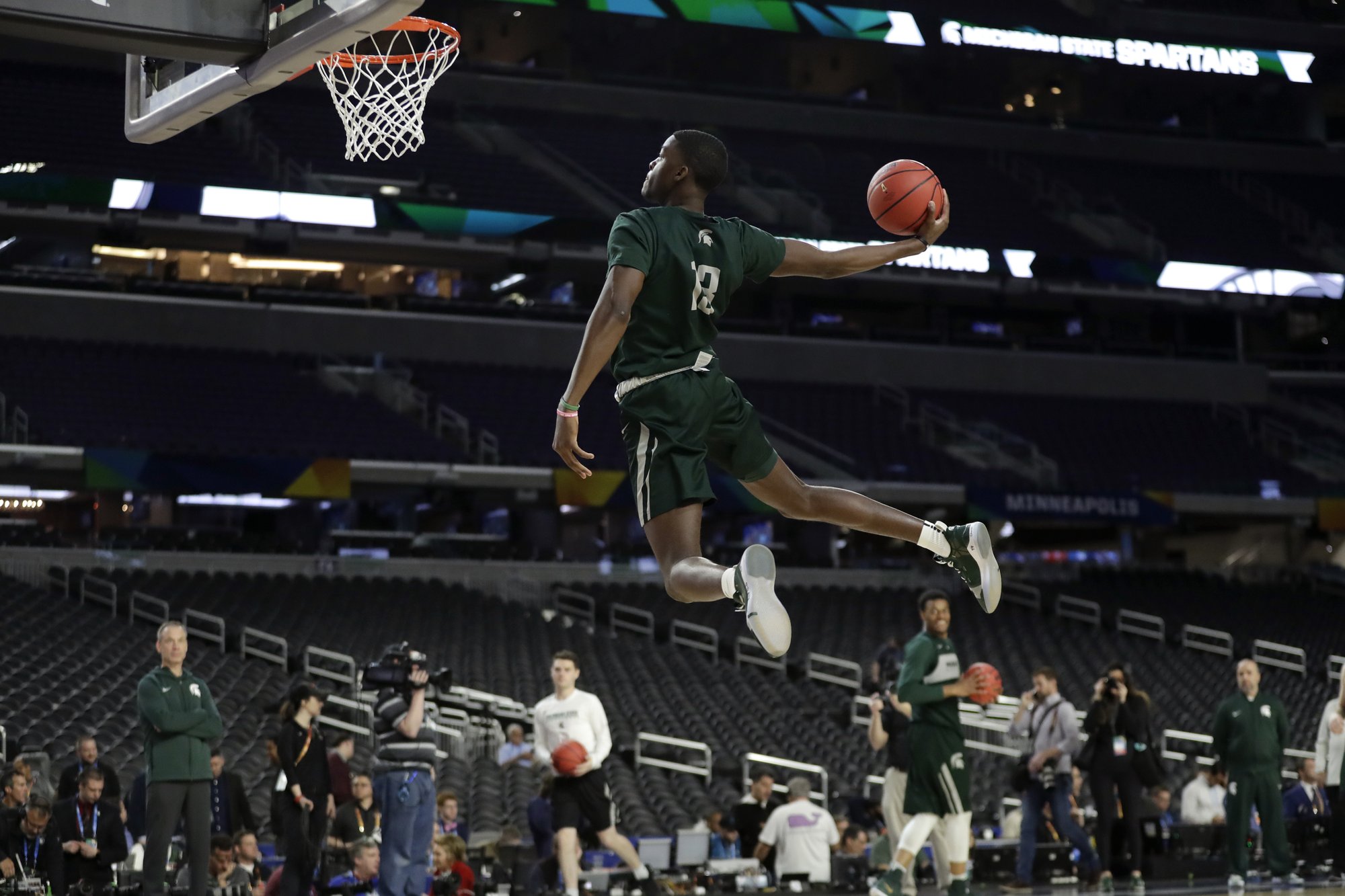 Following an epic Elite Eight and a week of buildup, the Final Four is finally here.

Michigan State is the regular, making its eighth appearance in the national semifinals of the NCAA Tournament under Tom Izzo.

The Spartans will face Final Four newbie Texas Tech and its oxygen-sucking defense.

Virginia, the only No. 1 seed left in the bracket, is in Minneapolis to make a new kind of history after its momentous first-round fail against No. 16 seed UMBC a year ago.

The Cavaliers and their impenetrable pack-line defense will try to stop the volume-shooting Auburn Tigers, who have poured in 3-pointers during this NCAA Tournament like they’re playing pop-a-shot.

Here’s a few things to know in what should be a highly-entertaining Final Four on Saturday:

NEW TERRITORY: Michigan State will know what to expect with a national title and all those Final Four appearances under its belt.

This will be a new experience for the other three teams.

Virginia is in its first Final Four since 1984 under Terry Holland.

Texas Tech is in its first Final Four in 93 years of basketball after reaching the Elite Eight a year ago, its second season under Chris Beard.

THOSE DEFENSES: Tony Bennett has turned Virginia into one of the nation’s best defenses by utilizing his father’s pack-line approach. The Cavaliers pack the paint to force teams to the perimeter, a scheme that ranks them annually among Division I’s leaders for points allowed per game and shooting percentage defense.

Texas Tech has the nation’s most efficient defense this season, according to KenPom, and attacks opposing offenses instead of waiting to react.

Michigan State plays bruising, Big Ten-style defense, punishing teams inside and swarming them on the perimeter.

KEY PLAYERS: Michigan State’s Cassius Winston is an AP All-American who can shoot, dish and is one of the toughest players in the game. Nick Ward is a load down low, even with a sore left hand.

Jarrett Culver of Texas Tech is a nightmare matchup for opposing defenses, a potential NBA lottery pick, who can score in a multitude of ways. Matt Mooney does a little of everything for the Red Raiders — and does it well.

Auburn’s Bryce Brown may be the most unstoppable player in the Final Four and teams with Jared Harper for one of the best backcourts anywhere.

Virginia has a trio of leaders in De’Andre Hunter, Ty Jerome and Kyle Guy who have given the Cavaliers an offense to match that stifling D.

Michigan State lost Joshua Langford, a co-captain and its second-leading scorer, to an ankle injury in December, but still managed to play its way into the Final Four.

Auburn lost star forward Chuma Okeke to a torn left ACL in a Sweet 16 victory against North Carolina, but the Tigers still managed to beat Kentucky in the Elite Eight to reach the Final Four.