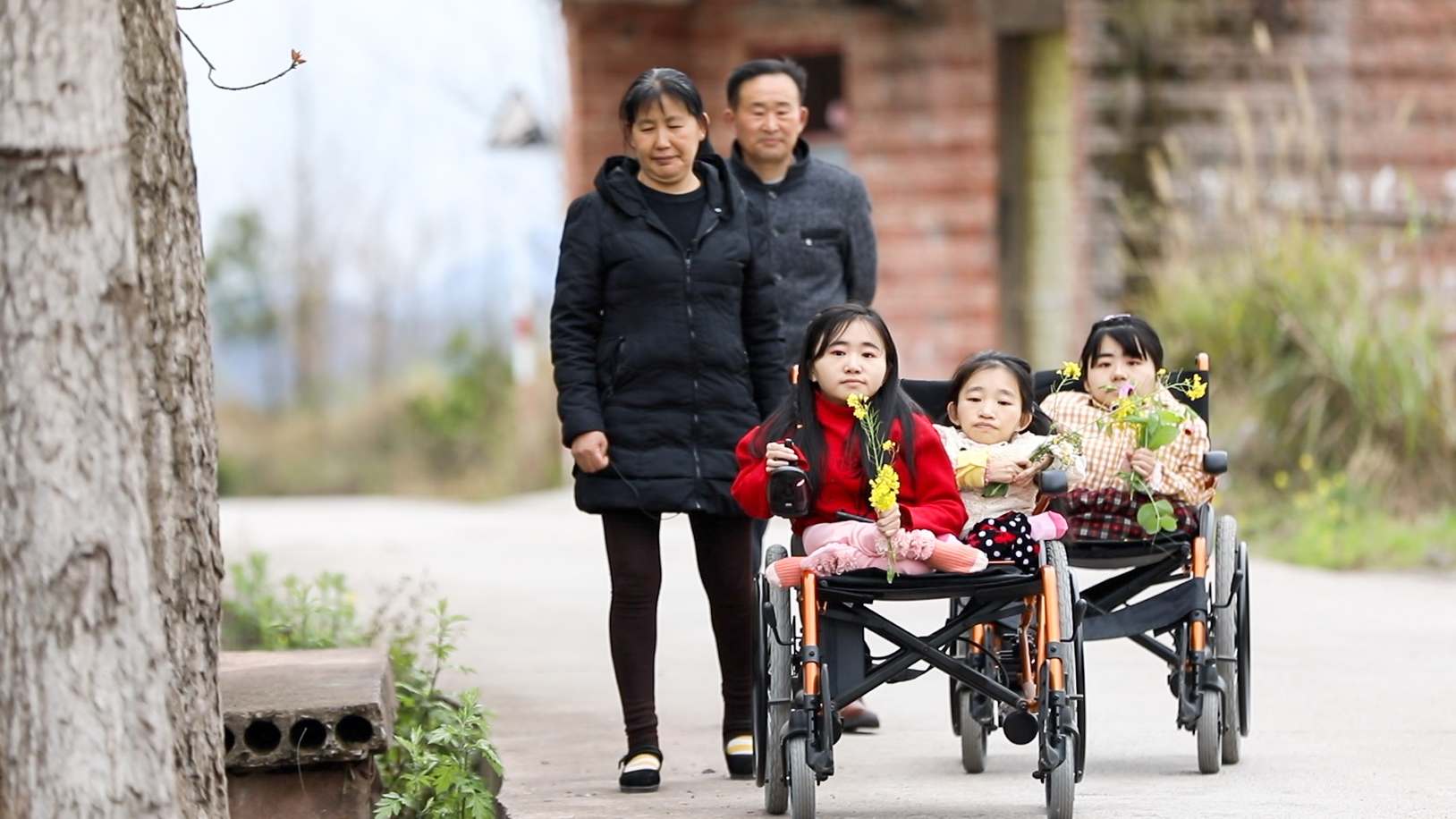 The three sisters are cared for by their parents in a rural area in Chongqing, southwest China. (Photo: CGTN)

The Peng sisters don't remember how many times their bones fractured or broke. Last time, it was from trying to pick up a pair of chopsticks which dropped to the ground.

The three siblings from a rural area of southwest China's Chongqing Municipality, Peng Yan, 32, Peng Jiangqiu, 29, and Peng Jiangdan, 26, were born with brittle bone disease, which affects one in every 15,000 people in China. They cannot walk and have never been to school. But that didn't prevent them from carving out a living for themselves by live-streaming online.

Over the past year, the three sisters have become somewhat of an Internet hit, having amassed nearly half a million followers on the popular Chinese streaming app Kuaishou.

Every day, they spend six hours singing and sharing their life stories on the platform under the screen name "梅香尽寒去", a name inspired by ancient Chinese poems which roughly translates to "the winter ends and the fragrance of plum flowers still lingers."

Most of their videos are not about their pain and hardship. Most times they poke fun at their situation. One video features Peng Yan and Peng Jiangdan being lifted by their father in two buckets.

"Use all your energy, dad," said Peng Yan in the video.

"We call them 'the optimistic glass dolls,' that's what they are," said their mother, Jiang Tinglan, 55, who used to work far away from home as a babysitter.

"They work very hard," added their father, Peng Boxiang, a former construction worker who had to retire ahead of time after an accident on site 17 years ago.

The sisters' decision over live streaming their life was nothing easy. "We just didn't have the courage," said Peng Yan. "We were scared of letting people know what we are like, how pathetic we are."

They now sell local snacks on Kuaishou during their livestream. Their parents help with the packaging and shipping. The family now makes more than what Jiang Tinglan used to earn working away from home.

"Social media gave us confidence," said Peng Yan. "At least we can earn some money to support ourselves and our family."

Neither of the girl's parents nor their youngest sister has brittle bone disease.