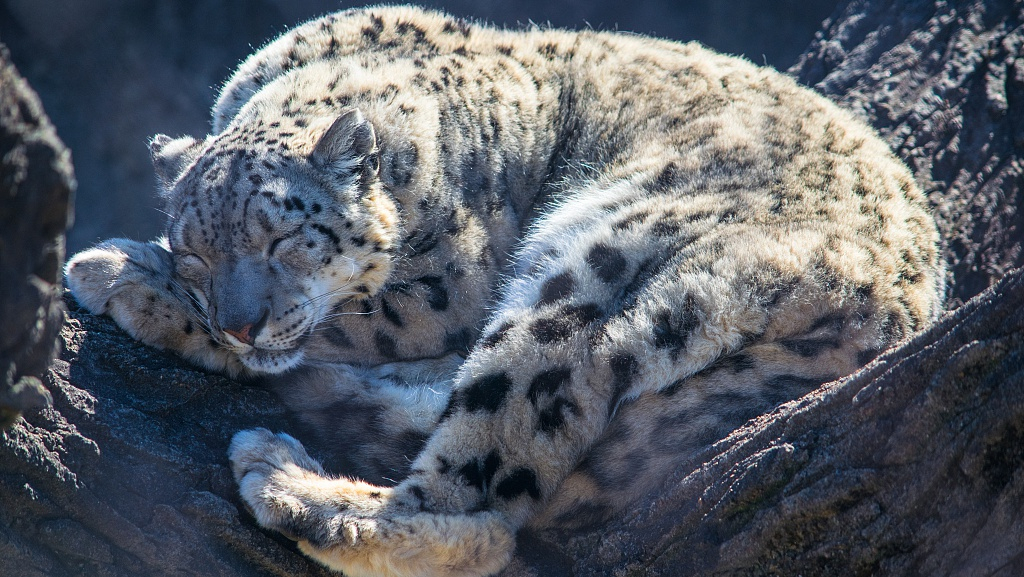 Three snow leopards and a Chinese mountain cat have been captured by infrared cameras in northwest China's Qinghai Province.

The trio of snow leopards were caught on camera last Thursday, the first such sighting since a monitoring project was launched in May 2017, according to the Qinghai Provincial Administration of the Qilian Mountain National Park.

The mountain cat, spotted on Saturday, is an endangered wildlife species under second-class state protection in China. It is rarely caught on camera, having been recorded only a dozen times over four monitoring rounds in the past two years.

The snow leopard is under first-class state protection in China. The animals were captured in the fifth round of infrared monitoring on snow leopards at the park, which will continue until early June.