In Tibet, the Potala Palace serves as a focal point in the local observance of China's Natural and Cultural Heritage Day. The 1,300-year-old building complex is trying to reassert its charm through cultural and creative programs.

Housed in a former teahouse adjacent to the Palace, the program offers a dazzling display of distinctive Tibetan artifacts. Among them are Tangka paintings, ceramics, fabrics, handwritten scriptures, bookmarks and other stationary items. Most of them are meant for everyday use and decoration by lovers of Tibetan culture and the Potala Palace.

Huang Yongqiang, director of Potala Palace Creative Products Program, said: “In our initial planning, we've intended to make the program into a leading endeavor in the area of cultural and creative products. While presenting the ethnic culture and the history of the building, we also aim to promote Tibetan culture. The palace is world-famous and deserves to get more attention." 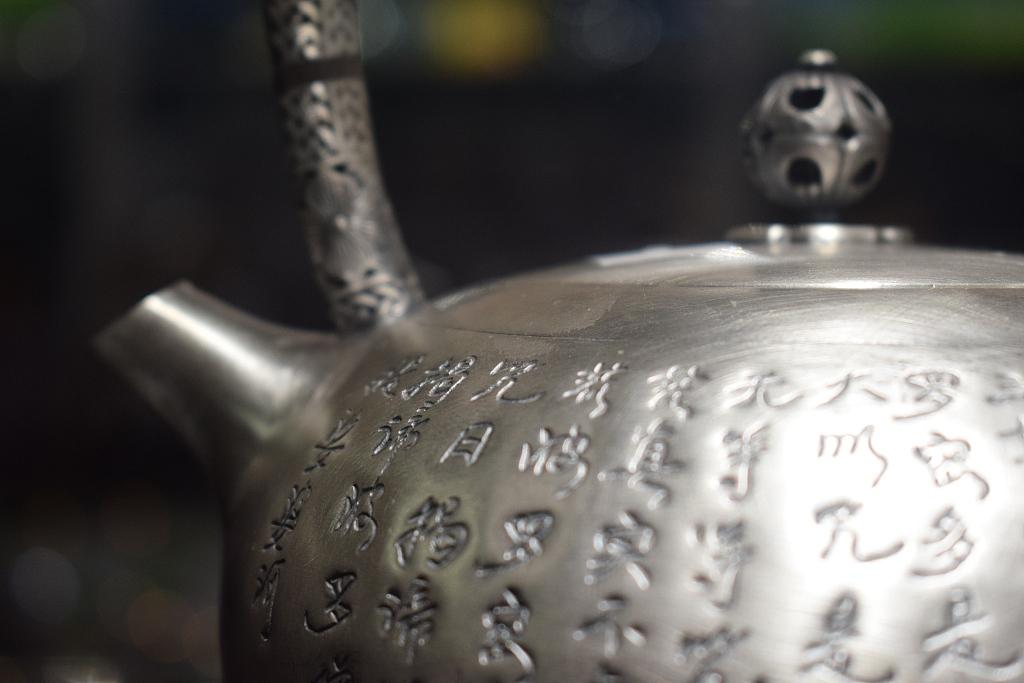 A silver teapot made in Yunnan Province. (Photo: VCG)

In Honghe Prefecture, a display of intangible heritages brought together more than 100 accomplished folk artists and craftspeople from across the province. They presented techniques in silversmithing, pottery-making, and brocade weaving, among other skills.

Yin Jiayu, Director of Yunnan Intangible Heritage Center, said: “These couple of years have seen tremendous efforts in enhancing the preservation of our natural and cultural heritage. More funds are being earmarked for the sector. And the practitioners of the heritage skills and crafts are actively training their apprentices."

"On the other hand, there has also been a marked increase in terms of popular interest in these efforts. Many cultural heritages have been integrated into local economies, as people have come to see their value and utility in daily life. Cultural heritage has become a major economic driver," Yin added.

Since 2006, China has celebrated Cultural Heritage Day on the second Saturday of June. In 2017, it was renamed Cultural and Natural Heritage Day. This year, more than 4,000 major cultural heritage sites and over 5,000 museums are joining the nationwide celebration.