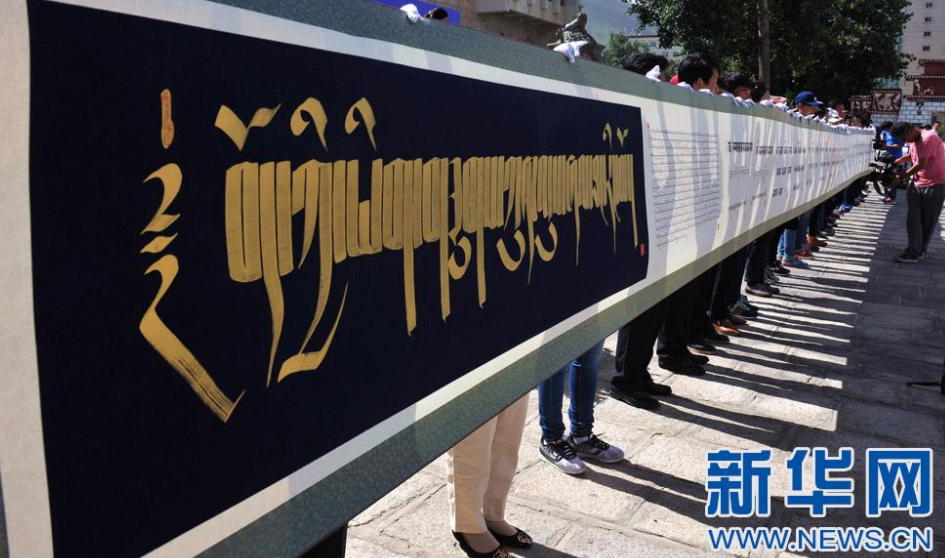 A Chinese scholar on Friday introduced the use, protection and development of Tibetan language to the 37th session of the UN Human Rights Council, saying that the Tibetan language is still full of vitality in the process of modernization and will continue to be inherited and developed in the future.

The Human Rights Council on Friday held its general debate on all human rights, during which the scholar representing the China Society for Human Rights Studies (CSHRS) noted that the learning and use of the spoken and written Tibetan languages are guaranteed by the law.

Zha Luo, a Council Member of CSHRS and a researcher with the Institute of Modern History of the Chinese Academy of Social Sciences, said in his address that China's Constitution and related laws both clearly prescribe that all ethnic minorities have the rights to use and develop their own spoken and written languages.

The local laws and regulations of China's Tibet Autonomous Region clearly stipulate that Tibetan language is the local general language and has the same effect as the Chinese language which is commonly used in the country, he said.

"Today, Tibetan is still the major language used by local farmers and herdsmen in their daily life," he said, adding that in the compulsory education period, a bilingual teaching system has been adopted in Tibet.

According to the scholar, besides making rules on translating new words and terms and using borrowed words in the Tibetan language, the government has also organized the collation and publication of the Tibetan Tripitaka Kangyur and Tengyur, which took over 100 experts on Tibetan language more than 20 years to finish the job.

Moreover, the scholar said the application of computer technology and the wide use of the Internet have provided a new platform for the learning, use and development of the Tibetan language.

Tibetan is one of the most ancient languages in China, dating back to the seventh century.