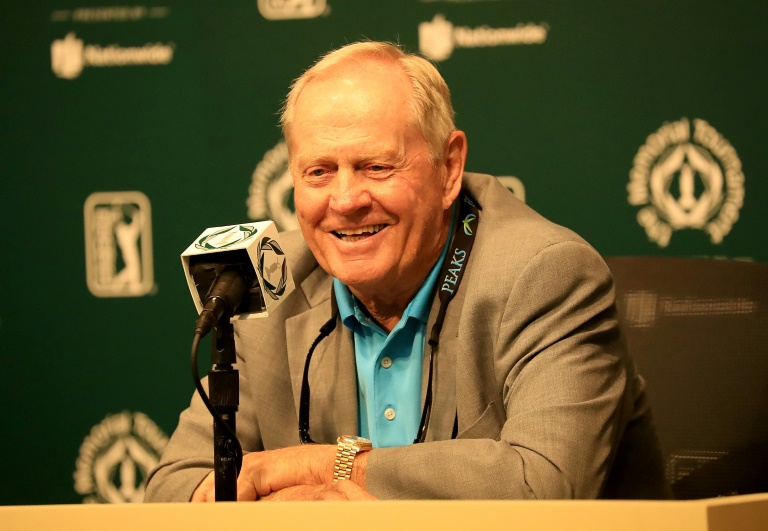 Jack Nicklaus however, who will host this week's Memorial tournament in Ohio, said he is convinced Tiger Woods can win Majors again after playing with him at Shinnecock Hills, the venue for the 2018 US Open (Photo: AFP)

Woods last won a major almost exactly 10 years ago, when he battled to a memorable playoff win at the 2008 US Open at Torrey Pines in Southern California.That victory left him four shy of Nicklaus's tally of 18 majors, a target that has looked increasingly beyond Woods in recent years during long injury layoffs.

Nicklaus however, who will host this week's Memorial tournament in Ohio, said he is convinced Woods can win Majors again after playing with him on Monday at Shinnecock Hills, the venue for the 2018 US Open.

"While Tiger has not had that much fun the last 10-years, and I would hate to go through what he's has been through as he's been through a lot, but he's a hard worker, he's a tough competitor and he's still driven, so that's why I would never count him out," said the 79-year-old Nicklaus.

"Nobody ever said 'how's your record, Jack?' as I've always said that if Tiger comes back and plays then I've said he's still got a shot at breaking my record.

"Whether he does or he doesn't, and even with now 10-years passing it doesn't make any difference he's still a great athlete and a great golfer."

But while Woods has not tasted success since 2013 in capturing a remarkable eighth WGC - Bridgestone Invitational title, Nicklaus does believe Woods needs to learn how to win again.

"Tiger does need to learn how to win again, absolutely", said Nicklaus

"I recall in the '86 Masters I hadn't won for a couple of years and I got to the last round, and I got into the back nine after struggling on the front nine but then I made a putt on nine and I finally remembered how to play.

"So, in holing a couple of putts suddenly you remember particularly if you have been a champion at one time as you will remember and you will have that to draw on.

"That's what I had to draw on and Tiger has that also to draw on but he's got to through the barrier of not having done it for a while.

"When you haven't won for a while that always happens. That's just human nature but when you have a guy as good as Tiger is and as competitive as he is, he'll break through that barrier and I would not be surprised to see Tiger win this week.

"He loves this golf course and he's played well here in the past, and his rememberance of what he's done here will come back into his head.

"That will help him play better."