Promotional material of Legend of Deification (Photo: Snapshot of Douban)

It is no longer a surprise to see Chinese animation movies — like the recently-released Legend of Deification — welcomed during the country’s eight-day National Day holiday period and boosting the world’s second largest movie market. As of Sunday, the Chinese fantasy animation has grabbed over 940 million yuan ($ 138.4 million ) since Thursday. The only question remaining is how much its box office will total in the end.

Just like Ne Zha, the animation box office hit released in 2019, Legend of Deification is inspired by China’s classic work, Fengshen Yanyi (or Investiture of the Gods). Both Ne Zha and Jiang Ziya (the title character in Legend of Deification) in addition to an army of various supernatural beings (including deities, immortals, demons, spirits and humans with magical abilities) assisted Ji Fa (King Wu of Zhou) to overthrow the King of Zhou, the last ruler of Shang Dynasty (1600-1046BC).

The success of Legend of Deification both in terms of its box office and reputation has brought about another wave of excitement and celebration among fans for a possible Fengshen Cinematic Universe, especially as Chinese people’s lives return to normal after controlling the COVID-19 epidemic. 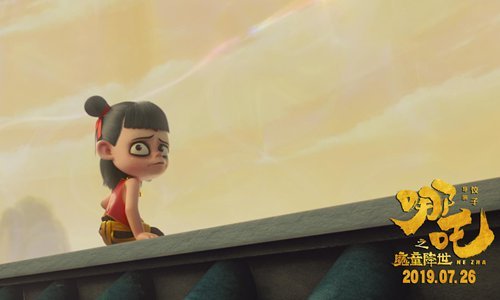 For me and many others, it is the right time to expect such a universe belonging to China’s superheroes, reflecting China’s own cultural heritages that stretch throughout its thousand-year long history — up until the most recent heroic stories of Chinese medical staff and ordinary people in the fight against the deadly coronavirus.

Chinese doctors and medical experts fighting on the front lines, such as Zhong Nanshan and Chen Wei, need to be remembered in many ways. One of the best ways could be to commemorate them in China’s own superhero universe. It is only as a result of their brave efforts that we can safely spend time with families, traveling thousands of miles away to visit various destinations, enjoy tasty food and walk into cinemas to watch movies like Legend of Deification.

Taking the same strategy proven successful by Marvel, both movies tell stories in the same narrative universe, making sure that audience members feel excited about where these stories come from.

As China’s economy recovers, the world’s second largest movie market will no doubt try to make this possibility a reality, but film studios also need time and funding to develop the greater Fengshen Cinematic Universe.