CULTURE To inspire and teach next generation, says Kobe Bryant

To inspire and teach next generation, says Kobe Bryant

HENZHEN, March 18 (Xinhua) -- After his retirement in 2016, Kobe Bryant still traveled a lot, and the most recent stop is Shenzhen, China, where he hosted the official draw ceremony of FIBA 2019 World Cup last Saturday. 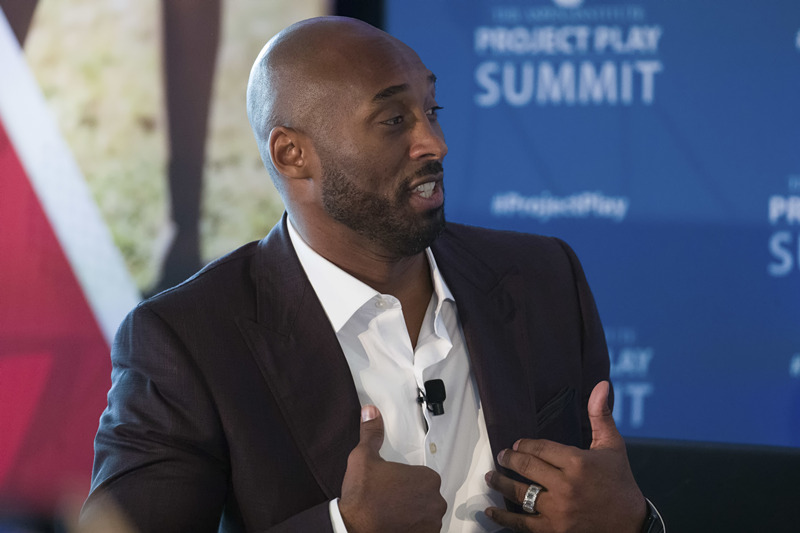 As one of the global ambassadors of the 2019 World Cup, Kobe helped to carry out the 32-team draw which determines the group-stage arrangements.

In Bryant's mind, there will be many tough matches on the group phase. "There are a lot of tough ones," Bryant told Xinhua about his expectation on the World Cup games.

Team USA has won two straight FIBA world champion since 2010. Bryant predicts a good chance for USA to get back-to-back championships, but challenges are also there.

"The teams are teams tough, and it's gonna be be some really good competitions," he said.

Bryant didn't move far away from basketball after retirement. He tried hard to promote the sport all over the world with what he got from the 20-year NBA career. At the end of 2018, Bryant released his autobiography Mamba Mentality: Kobe Bryant, and he share his sports fantasy novel, The Wizenard Series: Training Camp in Shenzhen.

"How can I take the lessons, the life lessons, the game lessons that I've learned in 20 years of playing? I want to use fantasy, use magic, use entertainment to try to inspire and teach the next generation. "

Bryant recalled his most memorable moments in his career during the interview with Xinhua. He cherished the moments when he got he championships, and said his last NBA game was special to him.

In his final game in 2015-2016 season, Bryant scored league season-high 60 points to lift Los Angeles Lakers over Utah Jazz 101-96. Marking an unforgettable ending to his legendary career. At 37 years and 234 days old, Kobe Bryant became the oldest player to score 60 or more points in a NBA game.

"My kids were there. They never really got a chance to see me play at that level. So it was the memory I'll never ever forget," he said.

Keeping improving is one of Bryant's secrets of staying on the top level.

"It's never about being comfortable. You don't look at it and say, I'm really good at free throws, or I don't need to work on that anymore. No. Getting it better. I still need to get better. So it's all about improving," Bryant said.

There are a lot of lessons Bryant wants to teach the future generation.   "You have to be able to have the ups and downs. You have to be able to make decisions that that you regret later on, because it's all part of life. Through that decision, you kind of find the beauty of it very well," Bryant added.