CULTURE To resist US aggression and aid Korea, China had no choice but to fight a war

To resist US aggression and aid Korea, China had no choice but to fight a war 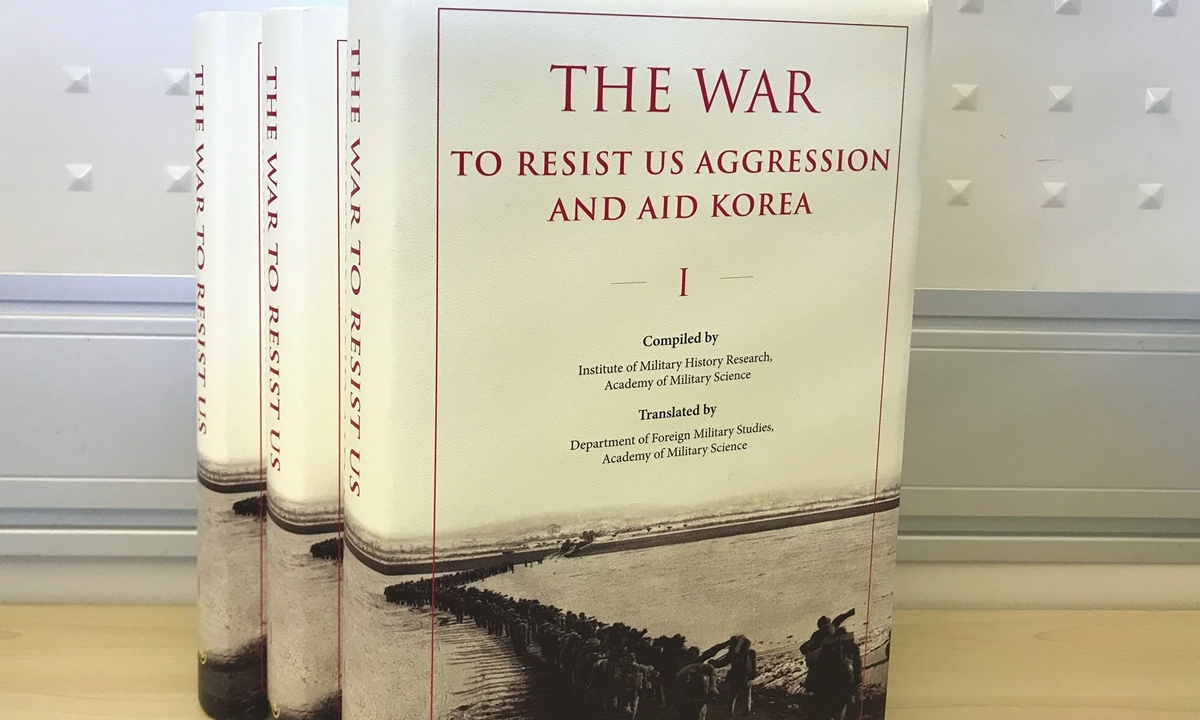 English edition of The War to Resist US Aggression and Aid Korea (Photo: Lao Ma/GT)

The English version of Chinese history book The War to Resist US Aggression and Aid Korea, a nearly 2,000-page work split into three volumes, has come off the presses at just the right moment to mark the 70th anniversary of the Chinese People's Volunteers' timely, active, justified and consequential participation in the Korean War (1950-53).

Jointly published by Beijing-based Foreign Languages Press and the Military Science Publishing House, the book is an official Chinese account of the bitter and difficult war that initially began as a civil war but later involved, to varying degrees, the US, the UK, France, the Soviet Union and China.

"Based on the wealth of archival documents and historical materials available at home and abroad, this work explains why the war broke out and why China became involved," reads the short introduction on the back cover of the book. 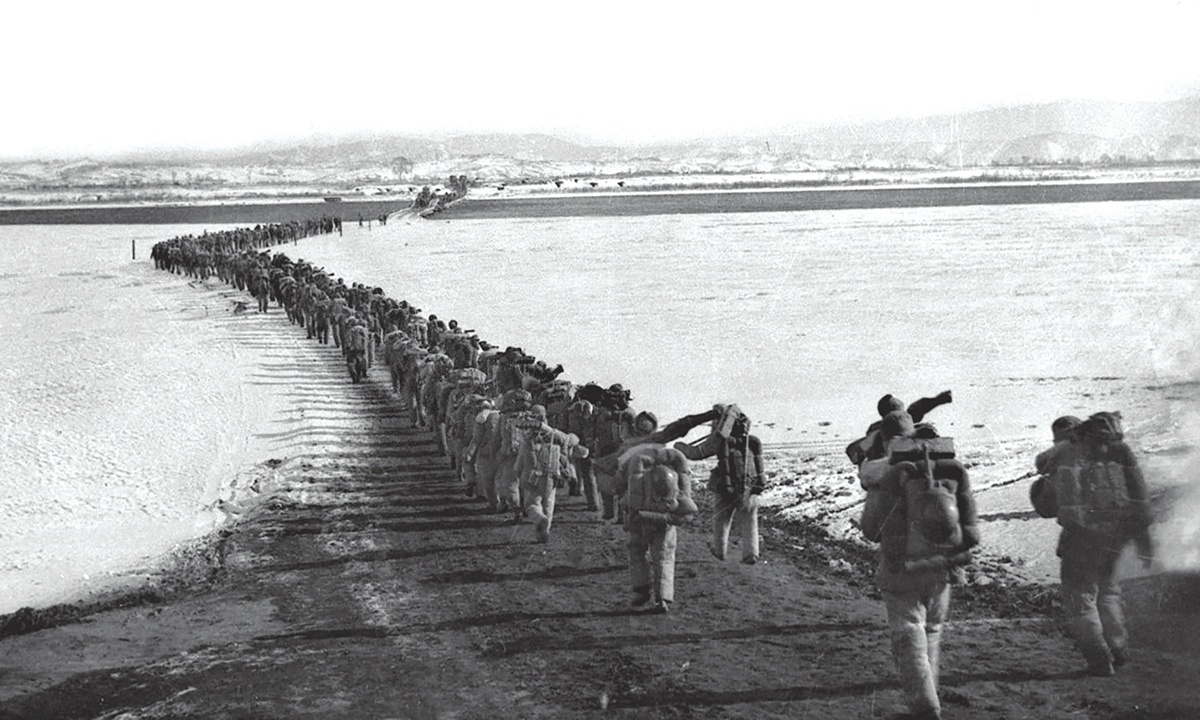 The Chinese People's Volunteers march across the Yalu River into North Korea in October 1950. (Photo: Xinhua)

As outlined in the foreword, the work has the following characteristics.

First, with a focus on combat operations, political struggles, top-level decision-making and strategic guidance, the book is a comprehensive, systematic and objective description of the relevant military, political, diplomatic and economic activities relating to the war.

Second, the book is based on rich, solid and authoritative historical materials, including archival documents from the Central Archives of China, Archives of the People's Liberation Army and relevant historical documents - both Chinese and foreign - that have been made publicly available.

Third, the book makes breakthroughs and introduces innovations in terms of the scope and depth of research on the Korean War, especially China's inevitable participation.

"In short, we seek to give readers a panoramic view of the history of the War to Resist US Aggression and Aid Korea that represents both the official and the mainstream academic viewpoints of China," the foreword concludes before making a brief acknowledgment.

As an academic book, it has three indexes - Proper Nouns, Personal Names and Place Names - at the end of each volume to facilitate easy and useful reference. It has also color maps and sketches showing the changing situation and military operations at different stages of the war.

Yet, it is a pity that a large quantity of historical photographs that can be found in the Chinese version of the book are not included in the English version, making the book seemingly a bit too bland for experienced eyes.

Personally, I believe that "panoramic" is a key word that should not to be ignored. The book covers roughly one decade to elaborate in detail the situation and tasks faced by the People's Republic of China concerning the Korean Peninsula, from the country's founding on October 1, 1949 to October 1958, when the last batch of Chinese soldiers withdrew from the Korean Peninsula.

To sum up, the book establishes a new perspective - a Chinese interpretation and justification of the war - that differs greatly from traditional or conventional Western views.

A great and justified war

The war to resist US aggression and aid Korea has been hailed in China as "a great and just war for safeguarding peace and resisting aggression."

One major and great contribution of the book lies in its tremendous efforts to demonstrate the righteousness of China to send its soldiers to fight the US-led UN troops.

From the Chinese perspective, there was nothing wrong with China sending its troops to fight against US aggression as its territorial security was under immediate threat from a strong and unfriendly power.

In order to avoid the positioning of a powerful US military force on its border, or even a possible US invasion, and to prevent a hostile anti-Communist Korean regime as its neighbor, China had no choice but to send its army to fight on Korean soil.

Therefore, Henry Kissinger rightfully argues in his influential book Diplomacy, "Mao had reason to conclude that, if he did not stop America in Korea, he might have to fight America on Chinese territory; at a minimum, he was given no reason to think otherwise."

"We have no choice but to request you to provide us with special assistance, that is, in the case that the enemies have launched assaults to the north of the 38th Parallel, we are desperately expecting that the People's Liberation Army would assist our army's operations by directly sending troops!"

So China's participation in the Korean War was within a tradition of shichu youming - dispatching troops with a just cause.

Chinese see the war as just because it was fought to save a neighboring country on the verge of total collapse, to defend their own homeland and safeguard their own borders. China's name for the military conflict, War to Resist US Aggression and Aid Korea, reflects this perspective.

Though dubbed a "Forgotten War" in the West, the Korean War should be remembered in China for a long time to come. As an important player in the Korean War, China needs more in-depth and diversified academic research on the war, but not just focusing on the military side of the entire picture, as the current book has to some extent.

The author is deputy executive editor of the Global Times. chenping@globaltimes. com.cn