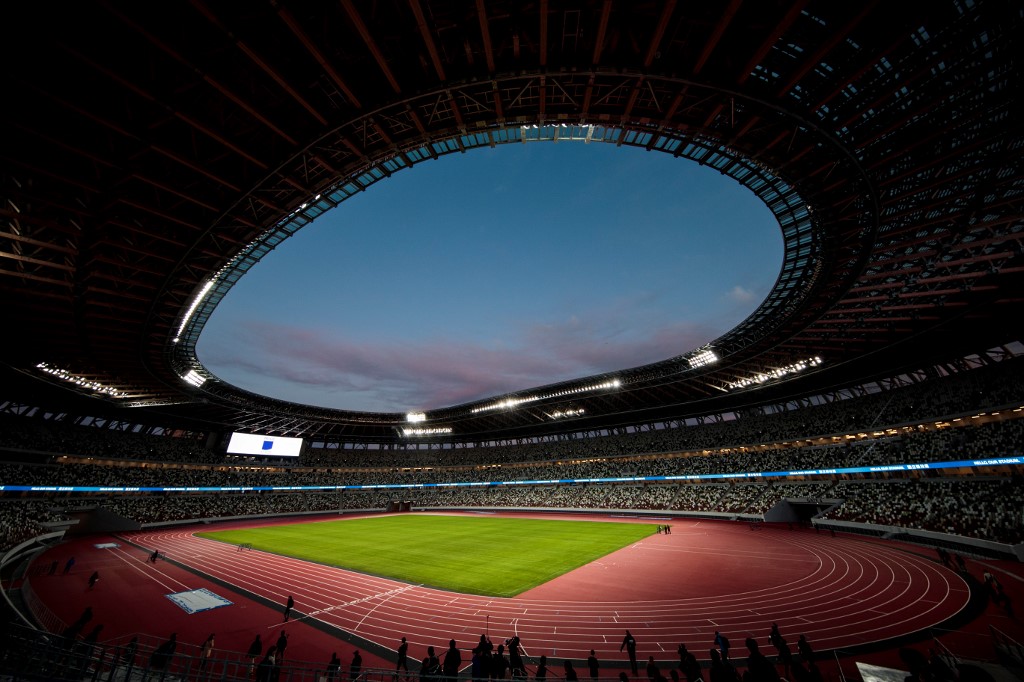 The National Stadium, venue for the upcoming Tokyo 2020 Olympic Games, is seen during a media tour following the the stadium's completion in Tokyo on December 15, 2019. (File photo by AFP)

However, officials admitted the budget does not yet include an estimated three billion yen for moving the marathon and race walk north to Sapporo, as they wrangle with the International Olympic Committee (IOC) over who bears the cost.

Revenues from domestic sponsorship and robust ticket sales have increased income by 30 billion yen, according to the fourth and final version of the Olympic budget.

This equals out a rise in forecast expenditure for items such as transport and security -- as well as the heat-busting measures.

The overall 1.35-trillion-yen budget for the Games is unchanged since the last version of the budget unveiled last year.

There is also a 27-billion-yen "contingency" pot to deal with possible emergencies such as natural disasters.

Organisers are still negotiating with the IOC over the cost of moving the marathon to the northern city of Sapporo due to the expected heat in the Tokyo summer.

"This is an unprecedented matter so there are no procedures," explained Gakuji Ito, executive director for planning and finance at Tokyo 2020.

"We will go into it line-by-line and we will interact with the IOC on a daily basis," he told reporters.

Organisers have also unveiled a series of countermeasures against the heat and humidity, including water mist sprays and special heat-absorbing paint on roads -- all of which cost money.

The IOC, wary that the ballooning cost of hosting the Games is putting some cities off from bidding, has urged Tokyo to make even more cuts.

But Tokyo is also being squeezed in the other direction, with some sports voicing fears that the cuts could harm the athletes' experience plus the all-important "look" of the Games.

The Tokyo 2020 budget is divided between the Organising Committee, the Tokyo Metropolitan Government and the national government, which is on the hook for 150 billion yen -- mainly for the cost of the new National Stadium.

However, the expenditure at the national level has been a source of controversy with a widely publicised report from the Board of Audit of Japan estimating actual national government spending between the bid in 2013 and 2018 at 1.06 trillion yen, nearly 10 times the budget.

Ito countered that this estimate includes items not directly related to games operations. "The definition of Games-related costs is slightly different to ours," he said.

Earlier this year, Los Angeles 2028 Olympics chiefs unveiled details of a $6.9-billion budget for the Games, vowing to deliver the spectacle without cost overruns that have dogged recent editions of the extravaganza.