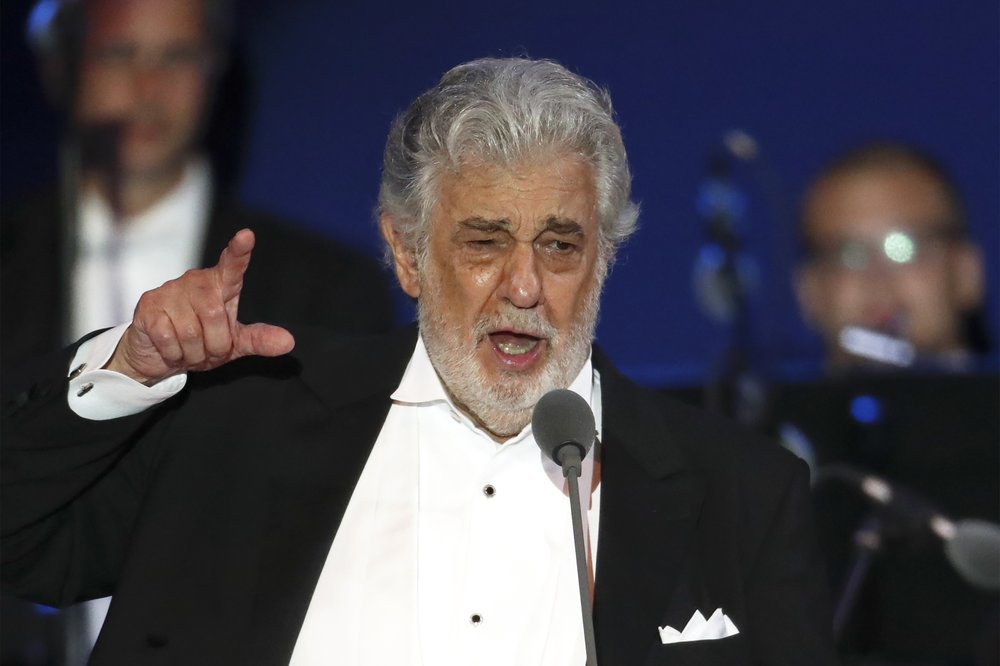 The Tokyo Olympics organizing committee has not decided what it plans to do about the appearance of Placido Domingo at a 2020 Games event and is looking into allegations the opera star sexually harassed several women.

The Associated Press reported earlier this month on extensive allegations against Domingo, spanning decades. Women accused Domingo of using his power to pressure them into sexual relationships, including at the Los Angeles Opera, where he is the longtime general director.

Domingo called the allegations “deeply troubling, and as presented, inaccurate,” adding that he believed “all of my interactions and relationships were always welcomed and consensual.”

The organizing committee said Friday in a statement: “Tokyo 2020 is seeking to clarify the situation.”

Domingo is scheduled to appear next April in an Olympic-sponsored event that brings together opera and the traditional Japanese theater of Kabuki featuring Ebizo Ichikawa, as part of its Nippon Festival, which seeks to promote Japanese culture and diversity.

Global reaction has been mixed on Domingo’s scheduled appearances. Two US performances were canceled by the organizers, but his European engagements have continued.

The #MeToo movement has not caught on in Japan with the intensity it has in some Western nations, partly because pressures remain high for victims to keep quiet amid widespread fears about a social backlash.

Several women told the AP that Domingo tried to pressure them into sexual relationships by dangling jobs, in some cases punishing them when they refused his advances. Several other women said suggestive overtures by Domingo made them uncomfortable. The allegations date as far back as the 1980s.