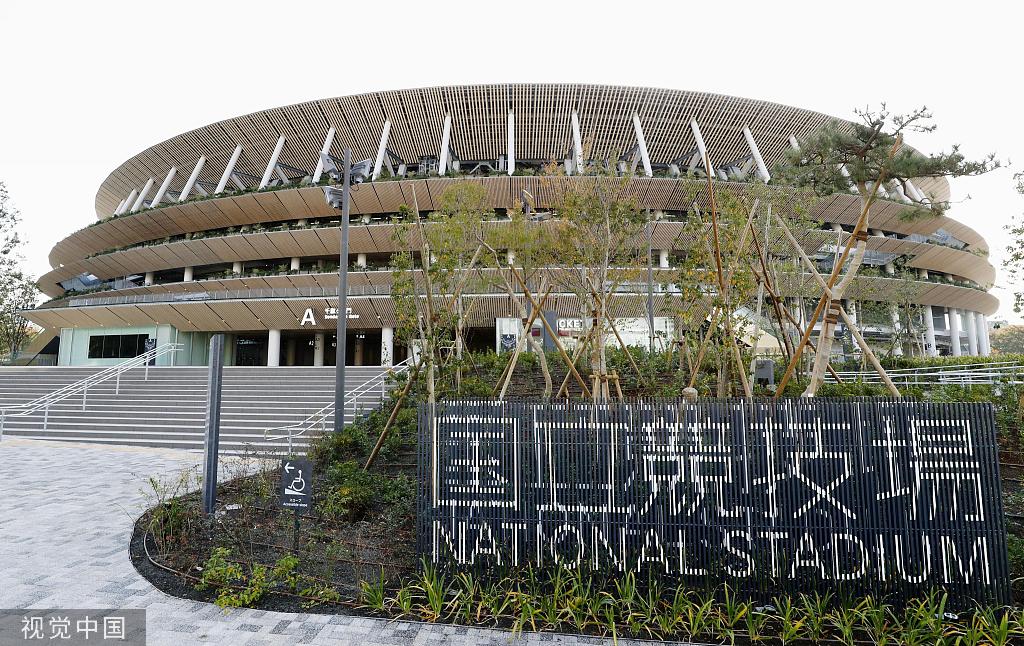 Construction of the $1.4 billion main Tokyo Olympic venue has officially completed, constructors said on Saturday, and is set to fight excessive heat with a nature-inspired design.

Japan's summer heat is a major concern for Tokyo 2020 officials, with doctors warning the Games could see deadly medical emergencies.

The five-story stadium, designed by renowned Japanese architect Kengo Kuma, will seat 60,000 fans and nods to traditional techniques through the prominent use of wood.

Around 2,000 cubic metres of cedar wood were brought in from all of Japan’s 47 prefectures, with an emphasis on wood from the northern Tohoku region hit by a devastating earthquake and tsunami in 2011.

The use of layered wooden canopies is also a reference to the 1,300-year-old five-story pagoda at Horyuji temple in western Nara prefecture, the oldest wooden building in the world.

"Today, we were able to welcome the completion of the new national stadium," Japan Sport Council (JSC) in charge of the project said in a press release.

"The new history will begin," it said.

Built at a cost of 157 billion yen the venue features the "Grand Eaves of the Wind," a top roof layer designed to let in wind and cool down the temperature inside the stadium.

A total of 185 large fans have also been set up and cooling mist emitters are installed at eight locations.

The main stadium -- used for the opening and closing ceremonies, as well as athletics and some football matches --  has been built in the centre of Tokyo on the site of the 1964 stadium.

It has not been completely smooth sailing, as the original design, by Iraqi-British architect Zaha Hadid, was jettisoned in July 2015 amid public outrage over its $2 billion price tag -- which would have made it the world's most expensive stadium.