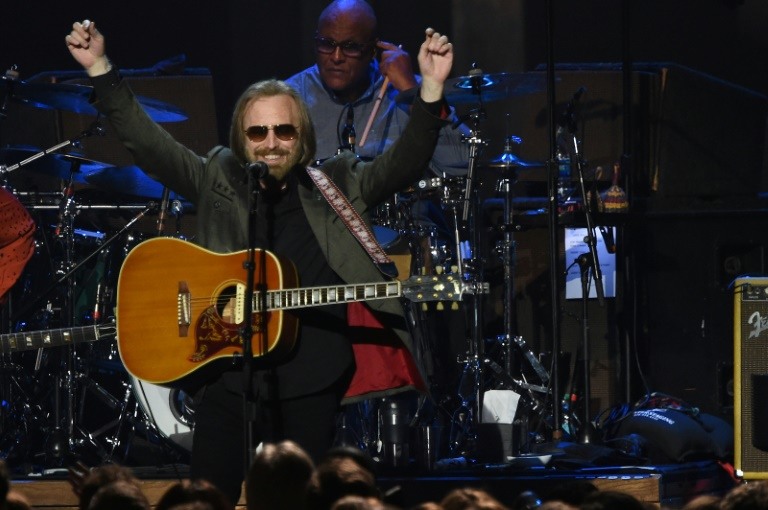 American rocker Tom Petty died in October of an accidental drug overdose after taking a variety of medications for his ailments including a mix of opioid painkillers, his family and the Los Angeles county medical examiner said Friday.

The autopsy report says the 66-year-old Petty had fentanyl, oxycodone, temazepam and other drugs in his system when he died of cardiac arrest.

Petty's wife Dana and daughter Adria said the medical examiner told them he "passed away due to an accidental drug overdose as a result of taking a variety of medications."

"Unfortunately Tom's body suffered from many serious ailments including emphysema, knee problems and most significantly a fractured hip," they said in a statement on his band's Facebook page.

Petty, the Southern-accented rocker whose classic melodies and dark storytelling created 40 years of hit songs, died shortly after wrapping up a tour celebrating 40 years of his band The Heartbreakers.

His family explained he was on tour, even with the fractured hip, when his condition worsened.

"On the day he died he was informed his hip had graduated to a full-on break and it is our feeling that the pain was simply unbearable and was the cause for his overuse of medication," they said.

The analysis bore striking similarities to the death in 2016 of pop icon Prince, attributed to an accidental dose of painkillers.

"As a family, we recognize this report may spark a further discussion on the opioid crisis and we feel that it is a healthy and necessary discussion and we hope in some way this report can save lives," the Petty family statement said.

"Many people who overdose begin with a legitimate injury or simply do not understand the potency and deadly nature of these medications."

Petty is known for such hits as "American Girl," "I Won't Back Down," and "Free Fallin'." He sold 80 million records during his career.

The singer and guitarist -- a three-time Grammy winner recognizable for his shoulder-length blonde hair -- struggled with depression most of his life and was at one time addicted to heroin.

In his later years, his only substance was marijuana and he calmed himself with transcendental meditation.