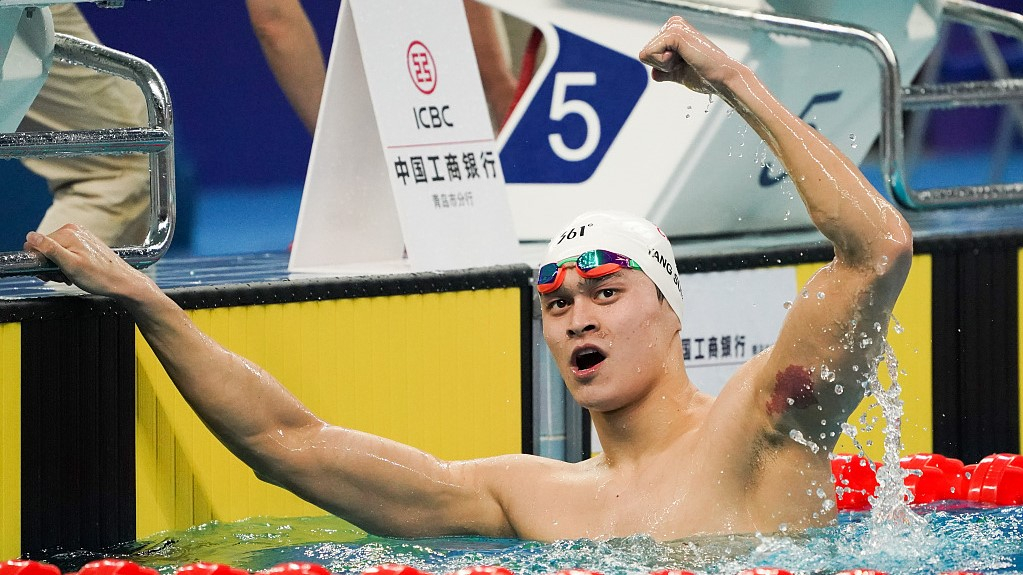 The first stop of the Champions Series will be in Guangzhou, south China's Guangdong Province between April 27 and 28.

As the host, China will send 21 swimmers to the pool.

The second stop will be in Budapest, capital of Hungary between May 11 and 12. Besides Sun Yang, Xu Jiayu and Fu Yuanhui, Wang Shun will participate in the men's 200m medley, Li Bingjie and Wang Jianjiahe in the women's 400m freestyle, and Shi Jinglin in the women's 200m breaststroke.

The third stop will be in Minneapolis, Minnesota, between May 31 and June 1. Besides Sun Yang, Xu Jiayu and Fu Yuanhui, China's Wang Shun will attend the 200m freestyle and 200m medley.

The FINA invited 45 men from 15 countries and regions and 37 women from 17 countries and regions to attend the brand new Champion Series, meaning that only the world's top swimmers have the chance to compete in the three stops. For example, Sun Yang will face competition from America's Townley Haas, Italy's Gabriele Detti and Lithuania's Danas Rapsys.