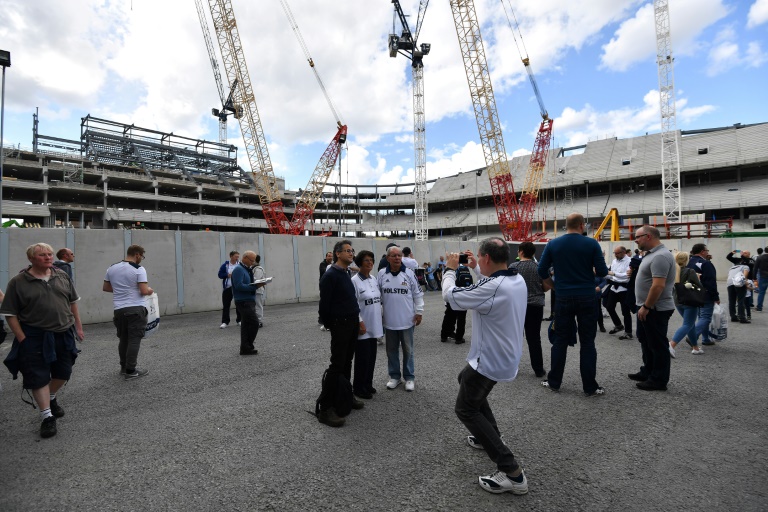 The new stadium has been built beside the site of Spurs' previous home White Hart Lane. (Photo: AFP)

Tottenham have delayed next month's planned opening of their new stadium due to "issues with the critical safety systems", the Premier League club said on Monday.

Spurs were expected to play their first game at the new White Hart Lane on September 15 against Liverpool, but the fixture has been switched to Wembley, where Spurs played all their home games last season.

"Recent testing and commissioning has now shown issues with the critical safety systems," the club said in a statement on its website.

"The delays created by these difficulties mean that we can no longer hold the necessary test events on 27 August and 1 September.

"These will need to be rescheduled to take place ahead of any first official match at the new stadium in order to achieve the safety licence."

Tottenham's Premier League match against Cardiff on October 6 will also take place at Wembley, as well as the NFL game between the Seattle Seahawks and Oakland Raiders on October 14.

"We know this will be disappointing for all our season tickets holders, premium members and our fans worldwide," said Spurs chairman Daniel Levy.

"We appreciate the support our partner the NFL has shown since the extent of this issue became evident today.

"At the start of the project we asked for your support during what we knew would be a complex and challenging build and now we ask for your continued patience and forbearance."

The Seahawks-Raiders game was scheduled to be the first NFL contest played at Tottenham's new 61,000-seat stadium built on the site of the old White Hart Lane.

It will instead be the first of three NFL games played on successive weekends at Wembley this season.

"Everyone has been so excited about the prospect of playing in the new Tottenham Hotspur Stadium and I know all at the club are very disappointed, but determined to clear this final hurdle," said NFL executive vice-president Mark Waller.

"We totally understand the issue. We shall continue to work with them towards making our future games at Spurs a huge success.

"The new stadium will be an amazing venue for the NFL and we are very excited about our long-term partnership with Tottenham Hotspur."