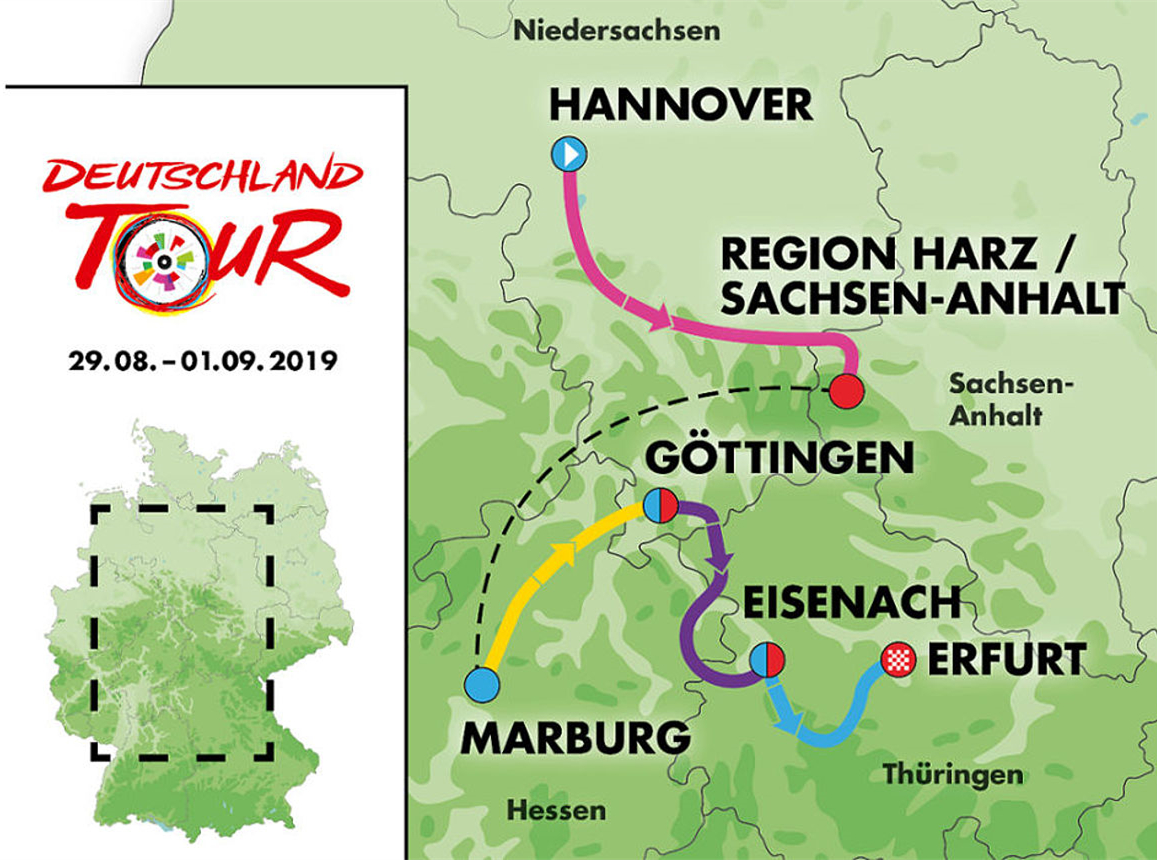 The course for this year's Tour of Germany will pay tribute to the 30th anniversary of the fall of the Berlin Wall, organisers said Monday.

The four-stage cycling race starts on August 29 in Hanover and will finish in Erfurt on September 1.

This year's route, unveiled on Monday, will criss-cross the route of the former 'Iron Curtain' -- the formidable border which divided East and West Germany -- to mark the 30th anniversary of the fall of the Berlin Wall this November.

"The course pays tribute to the opening of the inner German border with several crossings of the former frontier strip," said organisers in a statement.

The 'Deutschland Tour' returned to the cycling calendar in 2018 after a ten-year absence and last year's race was won by Slovenia's Matej Mohoric.

Last year's Tour de France winner Geraint Thomas finished in the peloton and the Welshman's presence boosted the Tour of Germany's profile on its return.

Each of the four stages this year offers opportunities for sprinters and climbers, especially around the Harz mountain range in Thuringia on the first day.

"The course favors both sprinters and aggressive 'punchers' (riders who prefer rolling terrain), which will keep the race open to the last metre."