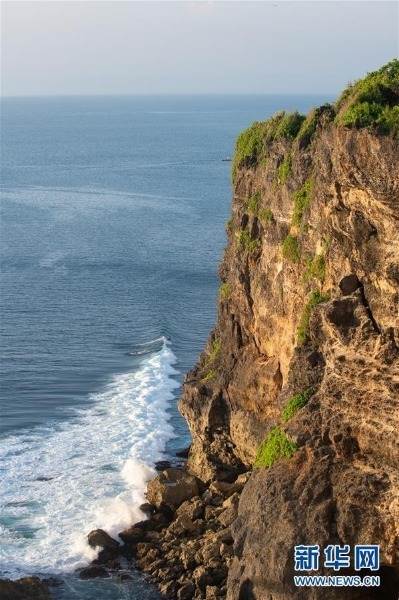 The COVID-19 pandemic has hit hard the tourism industry in A scene of Indonesia's holiday island of Bali, Feb 25, 2019., with the number of domestic and international tourist arrivals having plunged sharply since March as some countries have imposed travel restrictions due to the virus outbreak.

The province which was always crowded with foreign tourists now looks quiet following the Indonesian government's decision to suspend entries of foreigners into the archipelagic country including the exotic tourist destination of the Bali island.

Head of Bali's Tourism Office, I Putu Astawa, said that 50.3 percent of all economic activities in the province is related to travel and tourism businesses.

According to him, many hotels in the resort island have been undergoing extremely low occupancy rates after some countries have imposed travel restrictions. The lack of visitors has also made local tourist guides lose job opportunities.

Astawa said Bali is at present receiving no foreign tourists. Meanwhile, in normal time, the number of foreign tourist arrivals during March and April was at least 10,000 per day, mainly from China and Australia.

Flights from China alone have been closed since February 5, 2020, and this has the potential of losing 100,000 foreign tourists, according to the local office of the Indonesian central bank.

"This is worse than the Bali bombings," he told Xinhua on Thursday.

Astawa was referring to two separate bombing incidents on the island in 2002 and 2005.

The Bali Office of Statistics reported that in February this year, there were 363,937 foreign travelers to Bali, a decline by 31.19 percent compared to the number in January.

On Thursday, the number of confirmed cases of COVID-19 across Indonesia jumped to 3,293 and the death toll climbed to 280. Specifically, the number of cases in Bali had risen to 63, while two reportedly died of the virus.

Likewise, the Association of the Indonesian Tour and Travel Agencies (ASITA) expressed deep concerns about the current situation.

Bali, he said, has experienced several moments causing decrease in the number of international tourists due to such events as the Gulf War in 1990, the Cholera outbreaks in 1995, Indonesia's financial crisis in 1998 and Bali bombing incidents.

"All those events have greatly disturbed the tourism sector, which means that there must be decreases in tourist arrivals," Ardana said.

"However, the COVID-19 is not only causing decrease in the number of tourist arrivals, but also stopping tourist activities. That's why I said it's the worst," he added.

Both Ardana and Astawa expressed the hope that the outbreak can be contained as soon as possible.

Ardana called on the authorities to provide relief programs, such as tax exemption and lower bank interest rates, for businesses amid the outbreak.

Meanwhile, Astawa hoped that the pandemic would end in June and the tourism would start to recovery.