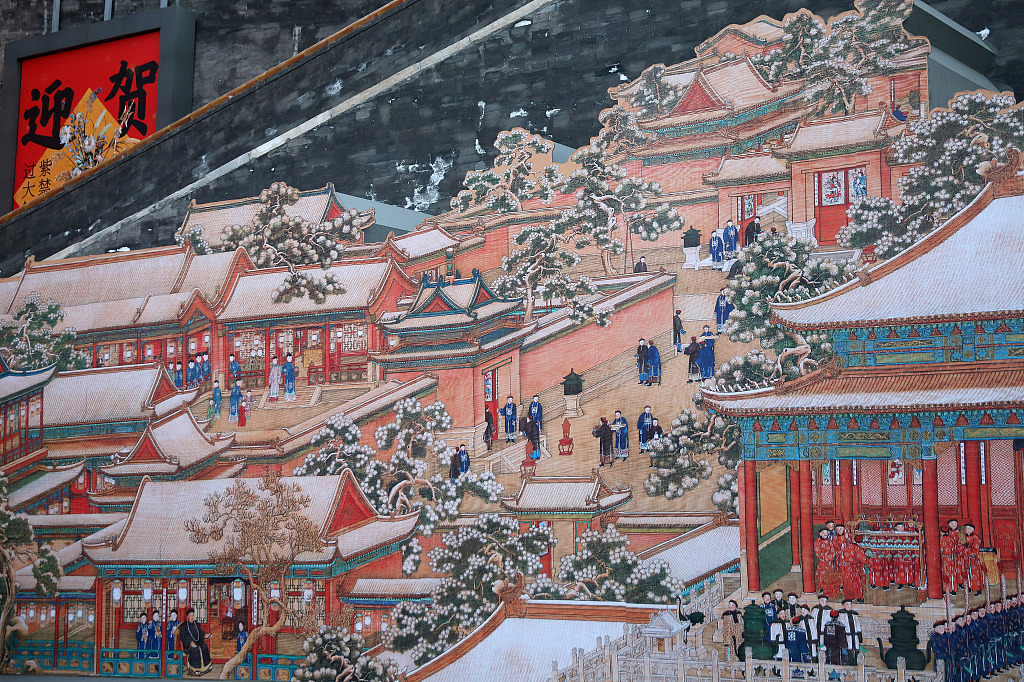 The Palace Museum holds an exhibition presenting hundreds of exhibits, called “Celebrating the Spring Festival in the Forbidden City” on January 7.(Photos: VCG) 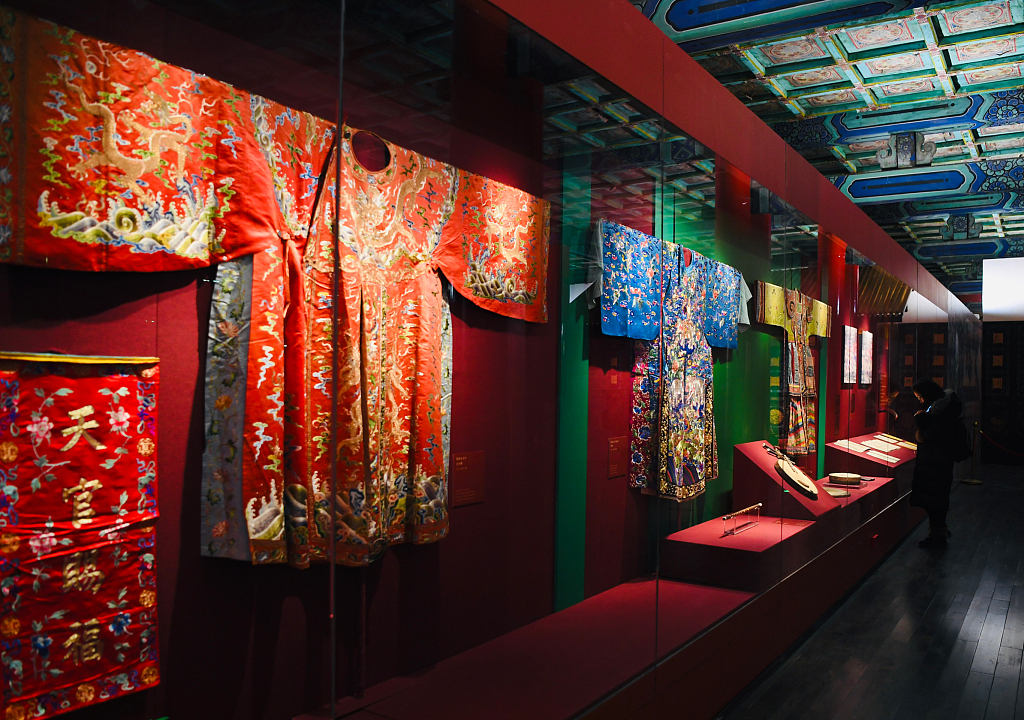 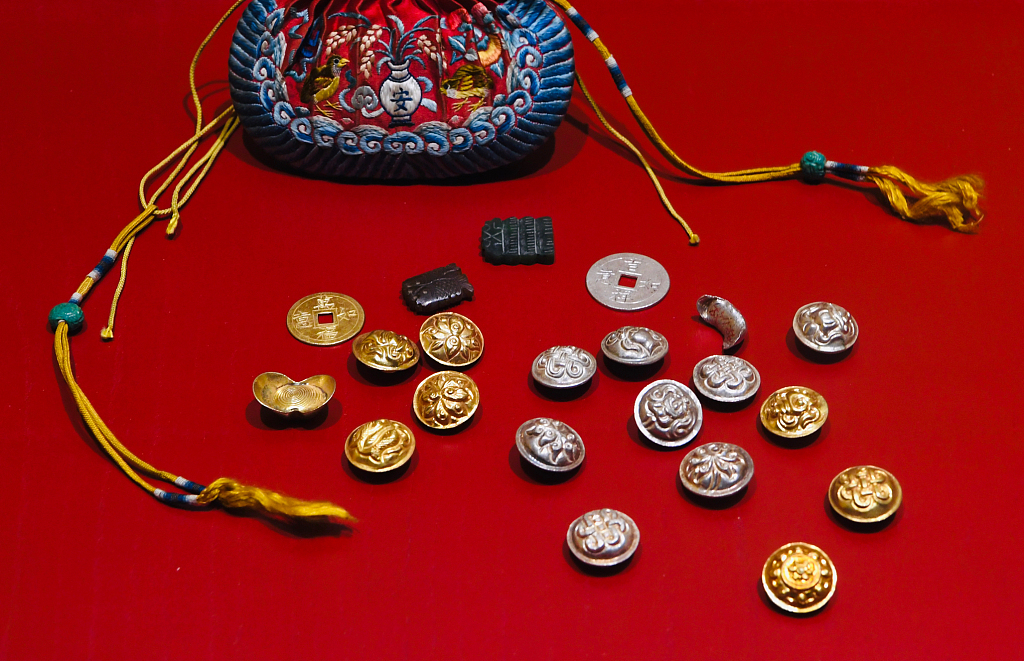 This exhibition exhibits nearly 900 antiques that give a glimpse into how the Qing Imperial Family celebrated the Spring Festival. 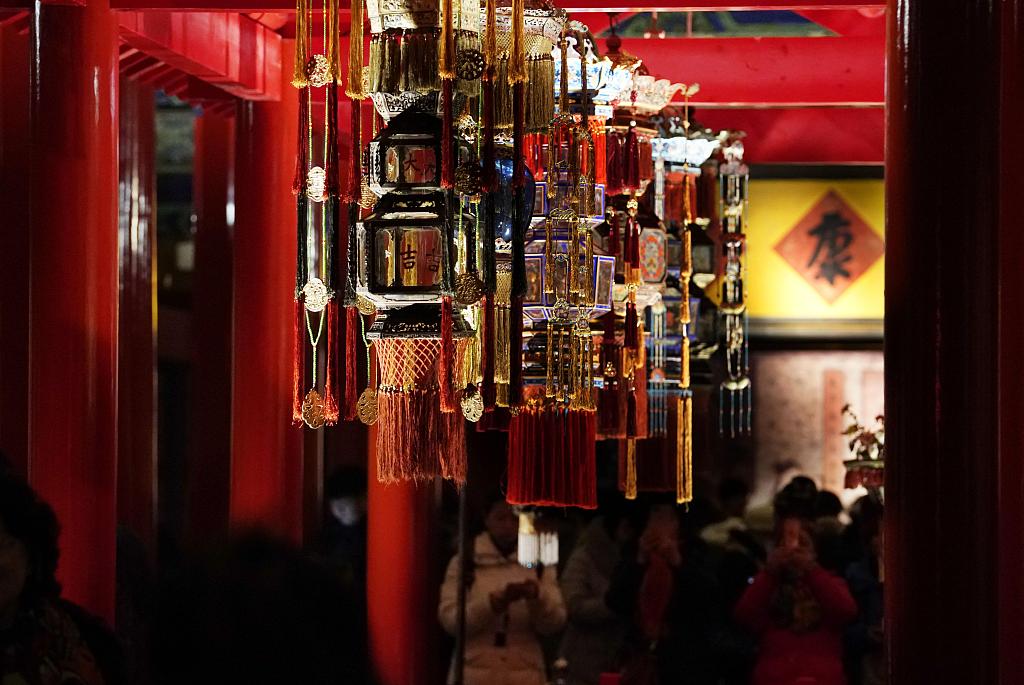 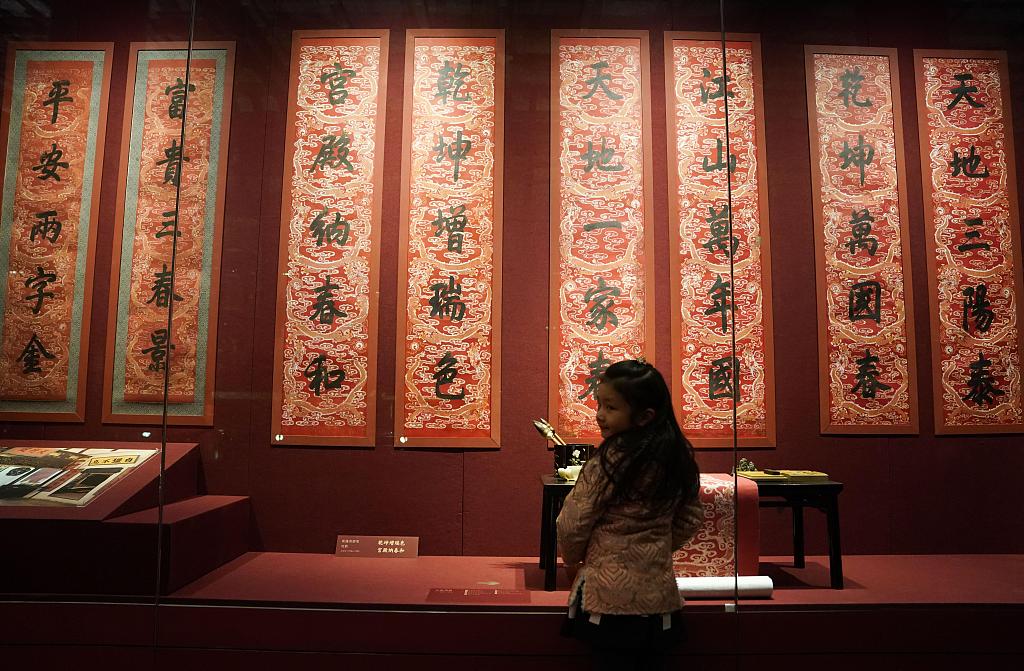 The exhibition has attracted large crowds to the Forbidden City. A girl takes a tour and stands in front of several Spring Festival couplets. 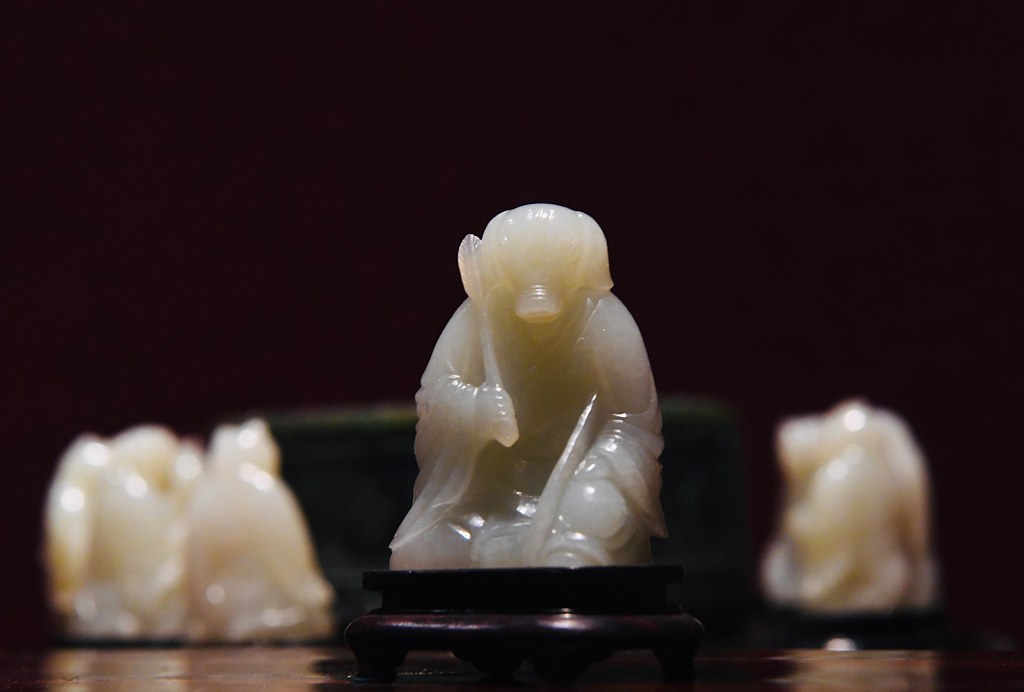 A jade ornament of Zhu Bajie, a character in Journey to the West, is on display. He is a pig which is the animal representing the year of 2019.