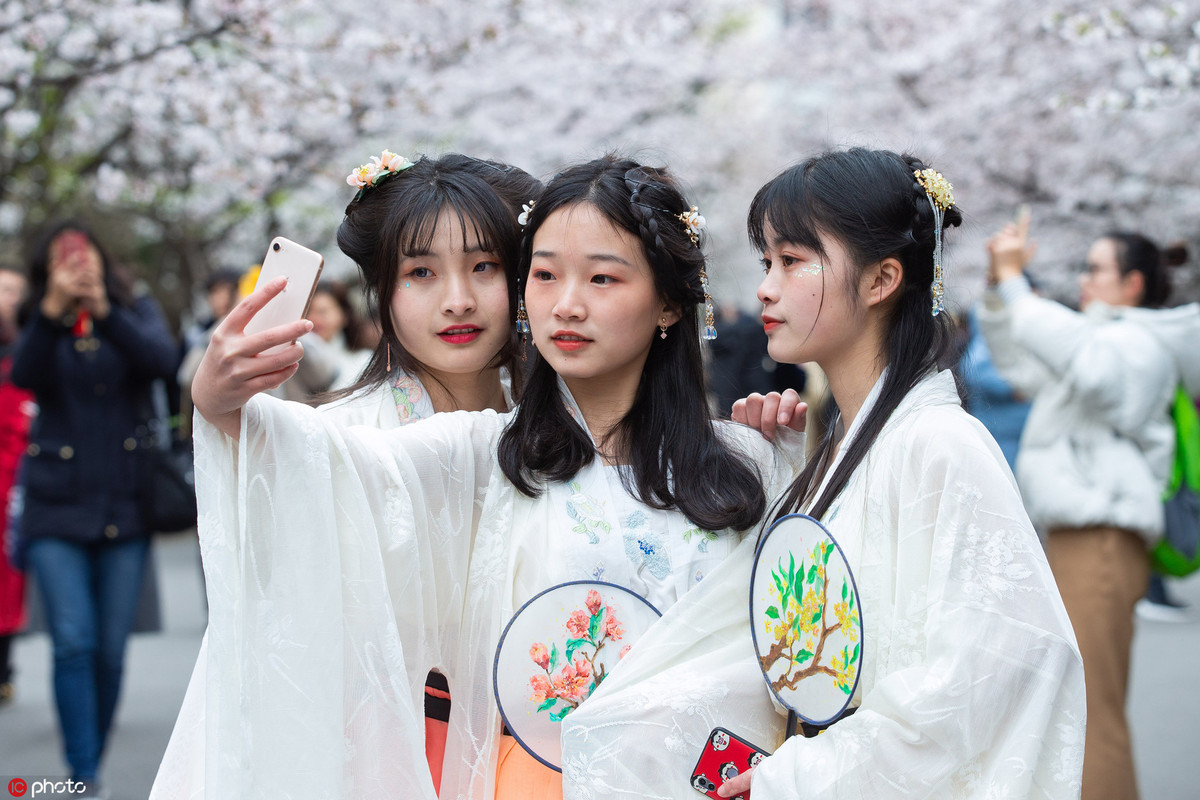 More people in China have become keen admirers of the traditional Chinese clothing known as hanfu, with last year seeing the number of hanfu lovers rise to 3.56 million, up 74.4 percent over the previous year, CCTV reported.

According to Alibaba's Tmall, the largest e-commerce platform in China, the sector's online sales surpassed 2 billion yuan ($290 million) in 2019, while steadily growing at an annual rate of 150 percent.

"The consumers of hanfu are trending younger -- the number of hanfu lovers born after 1995 is five times those born in the 1990s, and more than 90 percent of the consumers are female," said Yang Shirui, who runs an online clothing store on Tmall.

Apart from online stores, the development of the hanfu industry has also spawned a large number of offline stores or studios offering a series of customized experiences in hanfuincluding rental services and photo shoots. According to a hanfu studio, it could cost nearly 2,000 yuan for service from makeup to outfits and photography.

The hanfu market is expanding rapidly by a factor of 12 to 15 in recent years. "The elements of hanfu outfits and fine traditional Chinese culture have also promoted cultural tourism development," said Zhang Yi, chief analyst at the consultancy iiMedia Research.