As the sixth month of the Tibetan calendar comes to an end, the traditional Shoton Festival kicked off on Saturday in Lhasa, the capital of the Tibet Autonomous Region. The important festival is set to last for a week and is expected to attract more than 100,000 visitors to the city, which has changed into a sea of joy for the event.

"We go to the monastery and worship the huge Buddha early in the morning," Dolker, a Tibetan girl who is a devout Buddhist, told the Global Times. 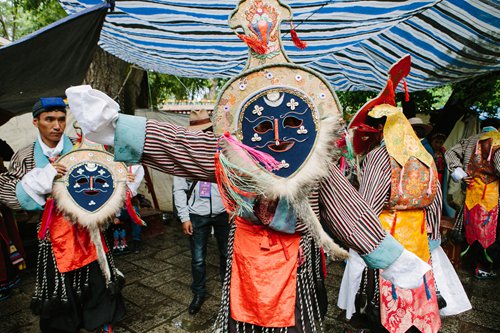 The event Dolker was describing is one of the most representative religious activities held during Shoton. For the event, a giant Buddha painting, around 500 square meters in size, is displayed right on the top of a large hill. To show their respects and pray for a peaceful year, thousands of Buddhists head out to pray before the Buddha before sunrise.

"A lot of them leave home at 2 or 3 am in the morning, just to make sure that they get the perfect spot to look at the Buddha and pray. If you don't head out early enough, you may have to line up for at least two hours to a spot," Dolker said.

The activity is called shai fo (Lit: displaying the Buddha) in Putonghua (Standard Chinese). It originated during the mid-11th century, when it was first held at the Drepung Monastery. One of the largest Tibetan monasteries, it was built in 1416 by a disciple of Tsongkhapa, the founder of the Gelug school of Tibetan Buddhism. According to local customs, monks reside in monasteries between the fourth to sixth months of the Tibetan calendar, when temperatures in the region become warmer and animals are more active. According to Tibetan Buddhism, Buddhists are not allowed to kill any living creature, so this prohibition is to make it less likely for them to accidentally kill something. To celebrate the time when they are permitted to leave the monastery, locals hold a banquet for the monks with homemade yogurt and other dishes. Tibetan opera is also a big part of this celebration.

"The Drepung and Sera monasteries are the two places we usually go to pray," Dolker said. "We climb up the mountain and walked around the huge Buddha."

As the faithful walk around the picture, they throw hada, a piece of white silk used to show respect, toward the huge Buddha.

"The huge Buddha is on display until the afternoon. After that it is placed back in storage," Wang Yiwen, an expert from the Tibetan Association of Collectors, told the Global Times.

After the event, crowds relax at local teahouses or yogurt shops, where sweet tea and cups of yogurt are ready to slake the thirst of tired Buddhists. 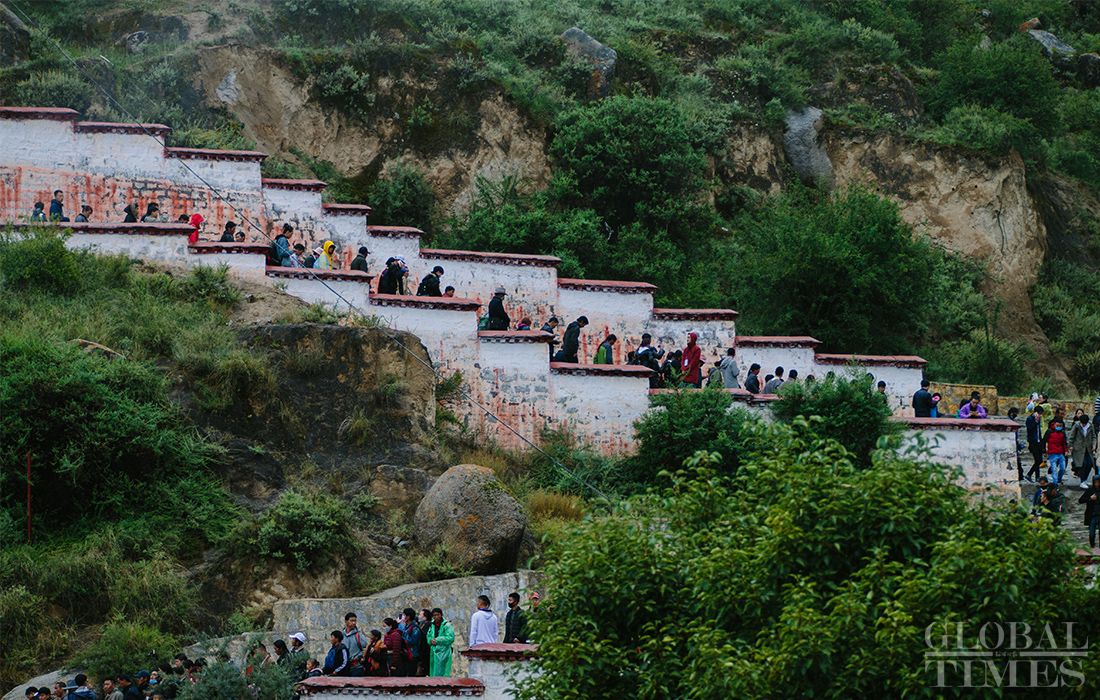 Opera at the park

Norbulingka, a famous Tibetan park built in the 1840s, is also another popular locale. The summer resort of the Dalai Lama, numerous beautiful flowers and trees grow throughout the park, making it one of the most beautiful parks in Tibet.

Opera stages stand in the middle of the park, where visitors are welcome to appreciate Tibetan operas.

"The building there was particularly built for the Dalai Lama to appreciate opera. It faces the stages and has the best view," Wang said, pointing to a tall tower nearby.

Beginning with the sound of drums and cymbals, opera performers made their way onto the stage for the opening opera Nyemo Tashi Shaba. Boys wearing blue masks decorated with animal fur danced on the stage in a circle. Meanwhile, girls wearing colorful dresses stood in a semicircle at the edge of the stage. As the dancing progressed, an actor began singing a Tibetan song and then the girls joined the boy dancers to perform together. 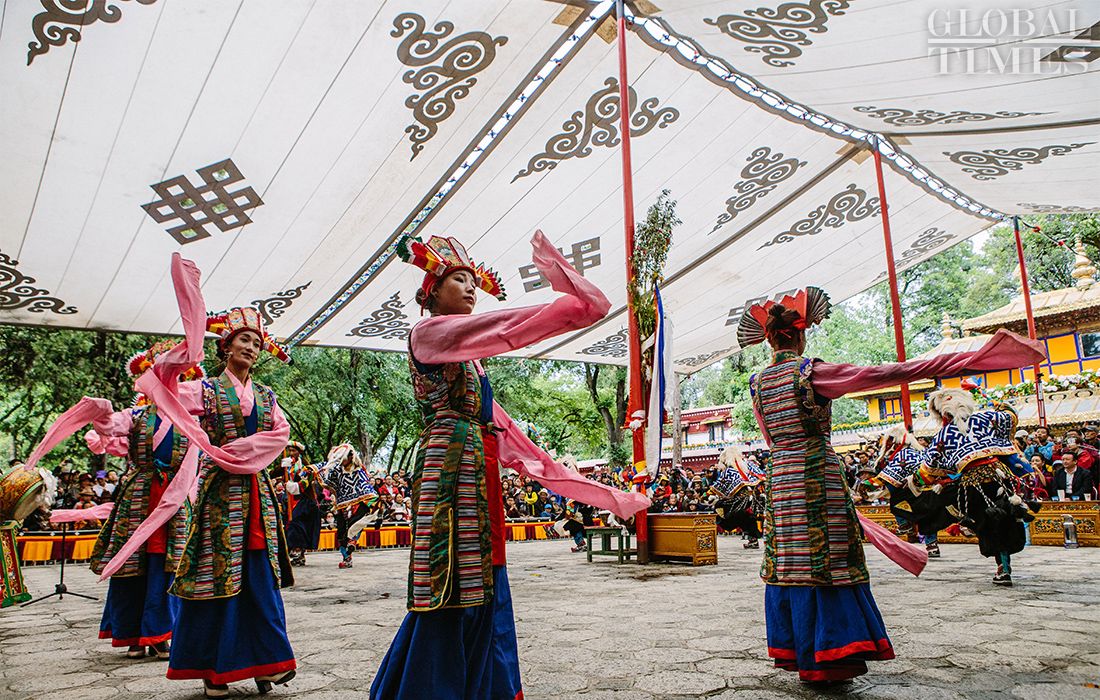 Traditional Tibetan opera has been around for hundreds of years, as such many Tibetans are familiar with the stories and characters in the operas, but they can also be enjoyed by visitors.

"This is my first time in Tibet and I found it quite interesting," Aris Engel, a tourist from the Netherlands, told the Global Times.

"Though I know I have no background knowledge of the operas here, they still caught my eye."

Watching operas is just one part of the celebration. As the day went on plenty of locals sat on the grass enjoying homemade yogurt, potatoes, sweet tea as well as other snacks. The festival is the perfect time for families to get together and spend time chatting, have a picnic or just lie down and enjoy the sunshine.