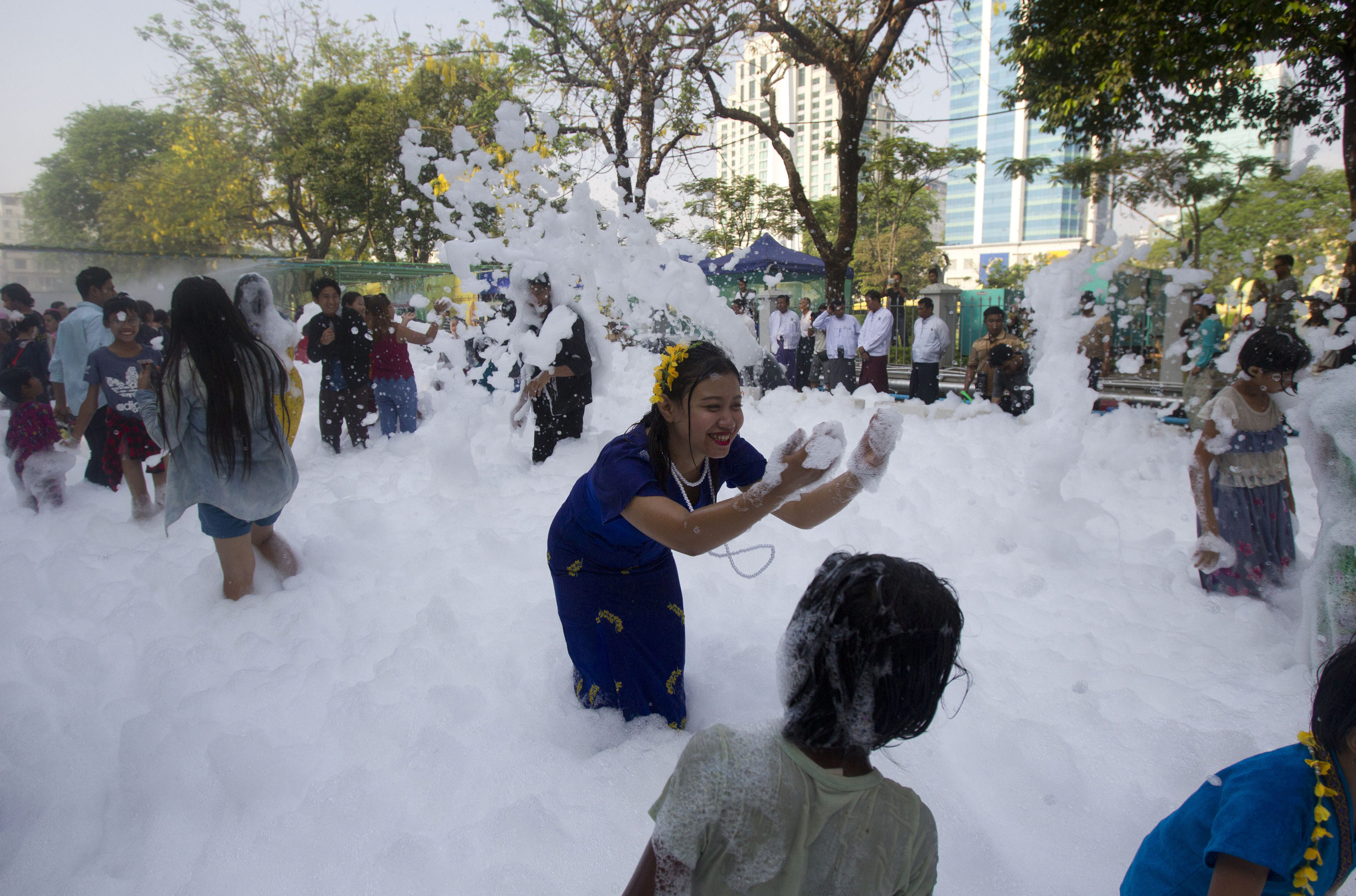 Thingyan water festival will last until April 16 and the new year will fall on April 17, in which Myanmar people decide to turn over a new leaf  and leave misfortunes from old year.

Yangon region's water throwing pavilion was unveiled Friday by the chief minister in front of the region's City Hall located in downtown area of Yangon city.

The opening ceremony was followed by the performances by the Myanmar traditional dancer troupes in colorful dresses with Thingyan music.

Special celebrations featuring "Walking Thingyan Festival" was also being celebrated by people roaming around the city to receive the water-throwing from pandals where people throw water using hoses.

Among Myanmar's 12 seasonal festivals throughout the year, the Thingyan water festival represents the grandest which is believed to bring peace and prosperity to everyone.

Myanmar people annually celebrate traditional Thingyan water festival to welcome new year as other Southeast Asian countries such as Songkran in Laos and Thailand as well as Chaul Chnam Thmey in Cambodia.

As part of celebration of the festival, people throw and douse water onto one another to wash sins and to make clear the moral impurities from old year.