Treasures discovered from Tang shipwreck to debut at Shanghai Museum 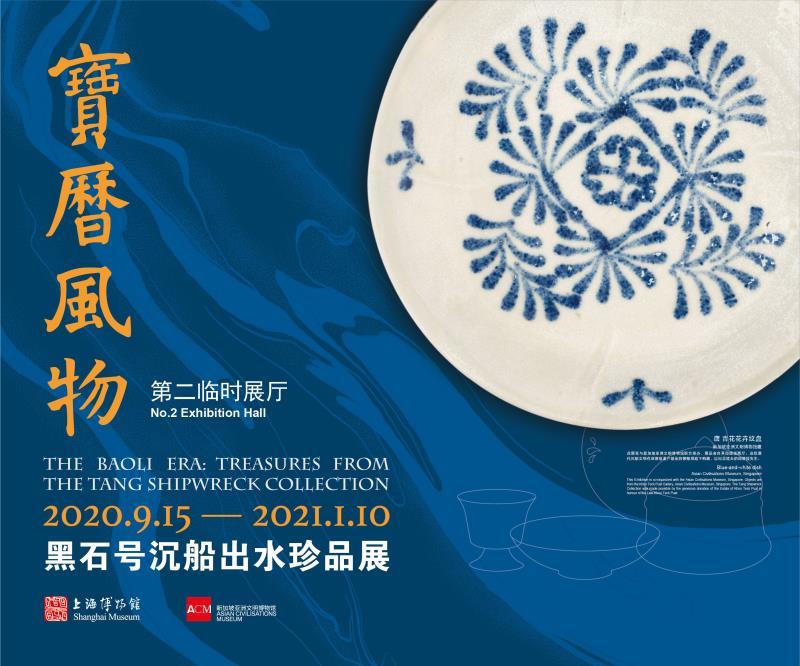 The official poster of the Baoli Era: Treasures From The Tang Shipwreck Collection. (Photo: Shanghai Museum)

Underwater cultural relics discovered in the Tang shipwreck will be unveiled to visitors at the Shanghai Museum on Tuesday.

The Tang shipwreck, also called the Batu Hitam shipwreck or Belitung shipwreck, was found off the coast of Belitung Island, Indonesia in 1998. The vessel carrying more than 60,000 precious items - most of which have been well preserved -once traveled along the sea route known as the ancient Maritime Silk Road.

The discovered relics from this sunken cargo ship are now a permanent part of the cultural collection at the Asian Civilisations Museum (ACM) in Singapore. To celebrate the 30th anniversary of the establishment of diplomatic ties between China and Singapore, ACM collaborated with the Shanghai Museum to bring the 248 rare treasures, of which 168 are from the Tang shipwreck collection, to the Chinese mainland visitors for the first time. The exhibition is the first transnational cultural relics exhibition to be held in Shanghai in 2020, and is scheduled to come to an end on January 10, 2021.