Native American leaders are banding together to pressure US officials to ban oil and gas exploration around a sacred tribal site that features massive stone structures and other remnants of an ancient civilization but are facing the Trump administration's pro-drilling stance. 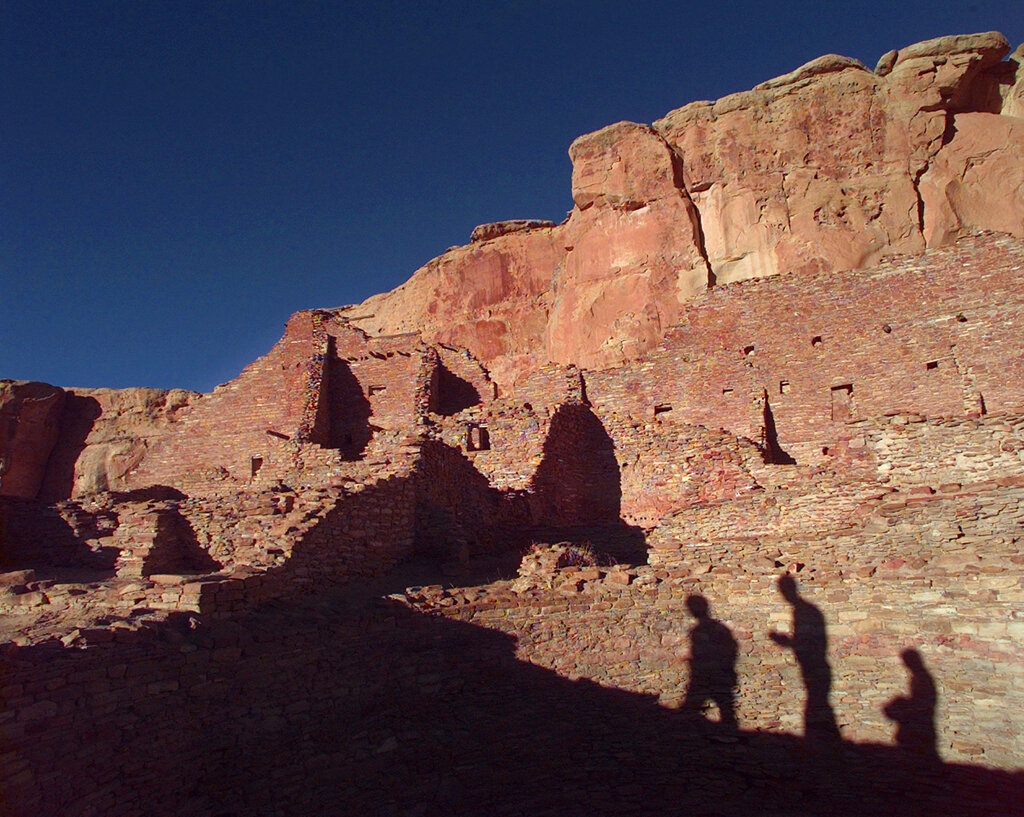 Creating a formal buffer around Chaco Culture National Historical Park has been a long-running issue, but tribes are pushing for further protections as US officials revamp the management plan for the area surrounding the world heritage site as well as large portions of northwestern New Mexico and southern Colorado.

Federal officials repeatedly have denied drilling leases within a 10-mile (16-kilometer) radius of the park as tribes, environmentalists and archaeologists have raised concerns about the potential effects on culturally significant sites like ceremonial structures called kivas outside Chaco's boundaries.

A thousand years ago, the site was a ceremonial and economic hub for the Pueblo people, historians say. 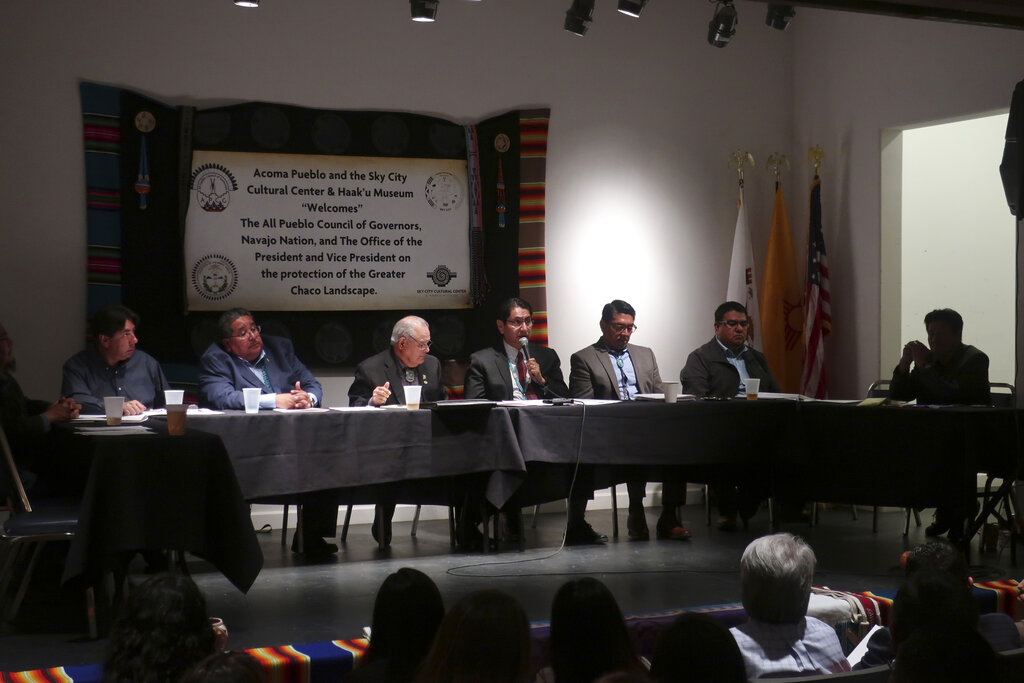 Tribes gathered Thursday at Acoma Pueblo, a Native American community about 60 miles (97 kilometers) west of Albuquerque, amid an All Pueblo Council of Governors meeting to reaffirm support for protecting the land.

Navajo Nation President Jonathan Nez, head of the largest American Indian reservation, sat among pueblo governors and said it's only right that they support each other, just as their ancestors did.

"Navajo culture and tradition dictate respect for our relatives who have come before us," he said. "As Native people, we are connected to the land, and it is important to preserve the dwellings and the belongings of the ancient ones."

The tribes want specific language in a US Bureau of Land Management plan that would prevent drilling near the park, instead of protesting four times a year when the energy industry requests lease sales on certain parcels.

Pueblo council Chairman E. Paul Torres said the threat to Chaco, which he called the "heart of pueblo culture," is financially driven.

"On our side, it has nothing to do with money," said Torres, who also is the Isleta Pueblo governor. "It has to do with where we come from. These sites, to us, are living sites because the spirits are still there."

Communicating the importance of the sites to non-Native people is challenging because the stories are sacred knowledge not shared outside tribal communities, said Phoebe Suina, who is Cochiti and San Felipe.

She thinks about her young children who have visited Chaco Canyon and of future generations, mindful of the legacy she would leave if she didn't work to protect the larger landscape.

"We're put in that role as living beings of our ancestors," she said. "We have this time, this life, what are we going to do with it? At least we are trying."

President Donald Trump's administration has pushed aggressively to open more public lands to energy development. It also went against the wishes of tribes and others by scaling back two national monuments in Utah that protected tribal artifacts and other sensitive land.

Lawmakers and tribal leaders said at a congressional committee hearing this month that a 2017 Trump administration review of lands protected nationwide by past presidents didn't take tribal interests into account despite some of the lands being sacred to them.

US Sen. Martin Heinrich of New Mexico said Thursday that legislation will be reintroduced soon in Congress to safeguard the land around Chaco Canyon. He said he would not trust the Trump administration to include protections in the federal plan for the area.

"Let's not leave Chaco to the whims of one administration or another," he said. "We have a sense that this place is incredibly important and deserves protection."

New Mexico State Land Commissioner Stephanie Garcia Richard said an executive order from her office is expected next month that would make state land around Chaco off-limits to any new oil, gas and mineral leases. Most of the land surrounding the park is federal and tribal land.

Accessible only by dirt roads, Chaco takes effort to reach, and supporters say they want to protect the sense of remoteness that comes with making the journey, along with the ancient features that remain.

Acoma Pueblo Gov. Brian Vallo sees Chaco in the way his pueblo is set up, with homes, ceremonial structures, ladders and lookout points in much of the same places. Growing up, he said he heard the migration story of the Acoma people who were at Chaco Canyon before settling in the present-day location.

"To me, it was the center of where the intelligence of our ancestors evolved," he said. "It was the place where we observed solar and lunar cycles — all of that was tested at Chaco."