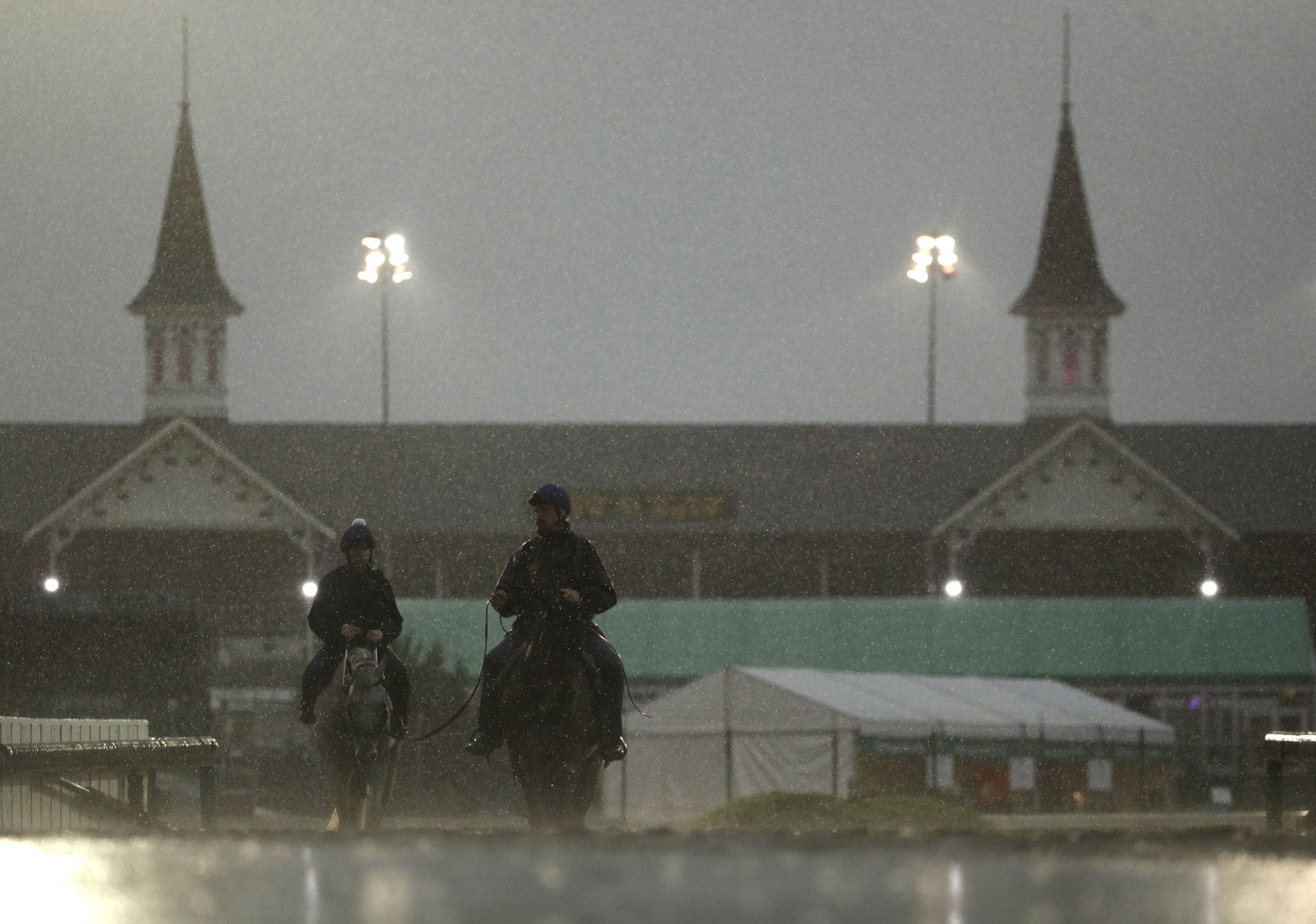 Triple Crown-winning jockey Mike Smith will ride in the Kentucky Derby after all.

The 53-year-old rider had been on the early 4-1 favorite, Omaha Beach, until the colt was scratched because of a breathing problem.

Smith originally chose to ride Omaha Beach over Roadster, one of three Derby horses trained by Bob Baffert. Once Omaha Beach was out of Saturday’s race, Baffert said he wouldn’t change any of his riders.

Smith won last year’s Derby with Justify, trained by Baffert. They went on to sweep the Preakness and Belmont to capture the Triple Crown. Smith won his first Derby with 50-1 shot Giacomo in 2005.

Cutting Humor was the last Derby horse to have a rider named Monday when Corey Lanerie got the mount. He would have been aboard the colt for the first time. But once Smith became available, owner Starlight Racing decided to go with the jockey nicknamed Big Money Mike for his ability to win some of the sport’s richest races.

Lanerie recently won his 1,000th career race at Churchill Downs. He has ridden in the Derby four times, with his best finish second aboard Lookin At Lee in 2017. His 42-year-old wife died of breast cancer last June.

The Derby lost another horse Friday when Haikal was scratched because of an infection in his left front foot. That leaves the field at 19.

Trained by Kiaran McLaughlin, Haikal was being treated for an abscess and didn’t train Thursday or Friday. That left McLaughlin no choice but to scratch the Gotham Stakes winner before the deadline Friday morning.

“We put shoes back on him this morning and jogged him and he was still not 100%,” McLaughlin said. “The horse always comes first.”

Haikal, a 30-1 shot, had his infected foot soaked in Epsom salts to reduce the accumulation of pus. The problem should clear shortly, but the colt ran out of time to prepare for the 1¼-mile Derby.

Owned by Sheikh Hamdan bin Rashid Al Maktoum of Dubai, Haikal will return to Shadwell Farm in nearby Lexington to recover.

With the scratch, the rail will remain empty and Derby horses will break from posts 2 through 20.