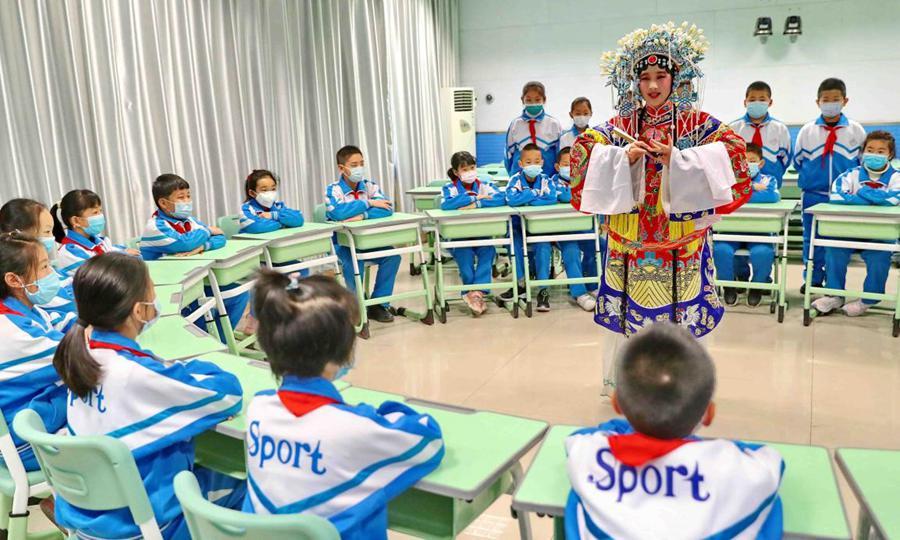 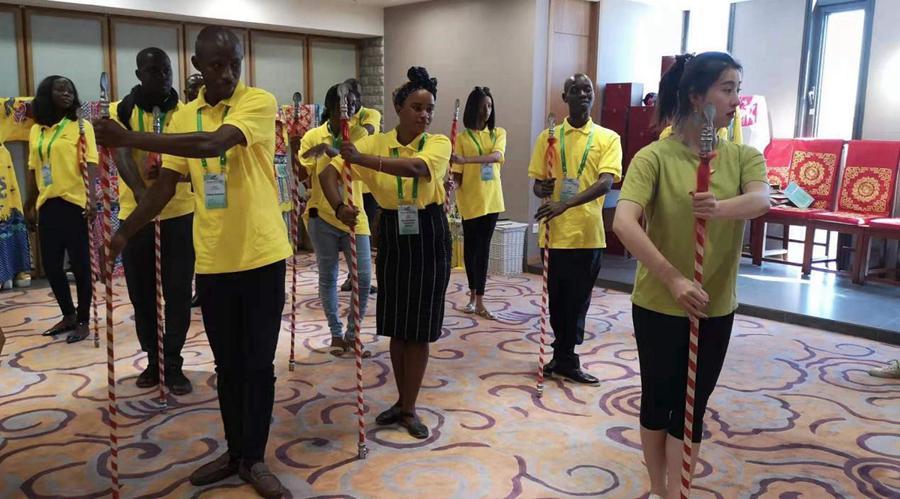 Representatives of African youths experience Peking Opera performance during the 4th China-Africa Youth Festival, which opened in Beijing on August 28, 2019. 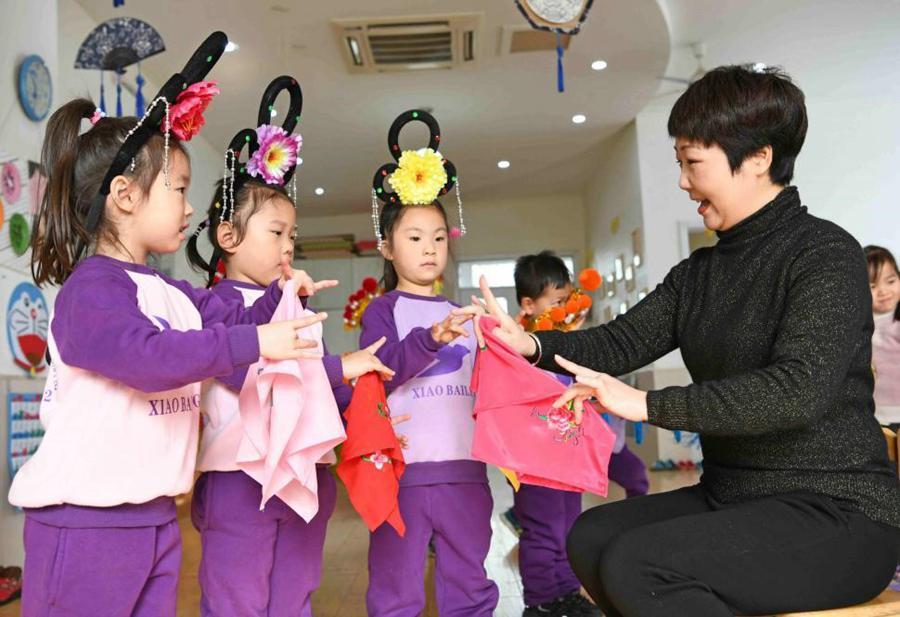 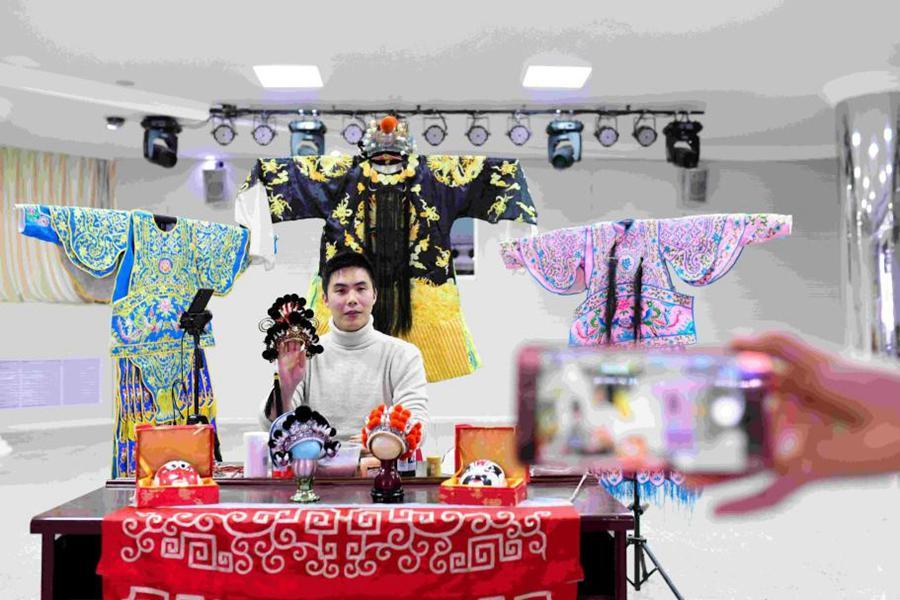