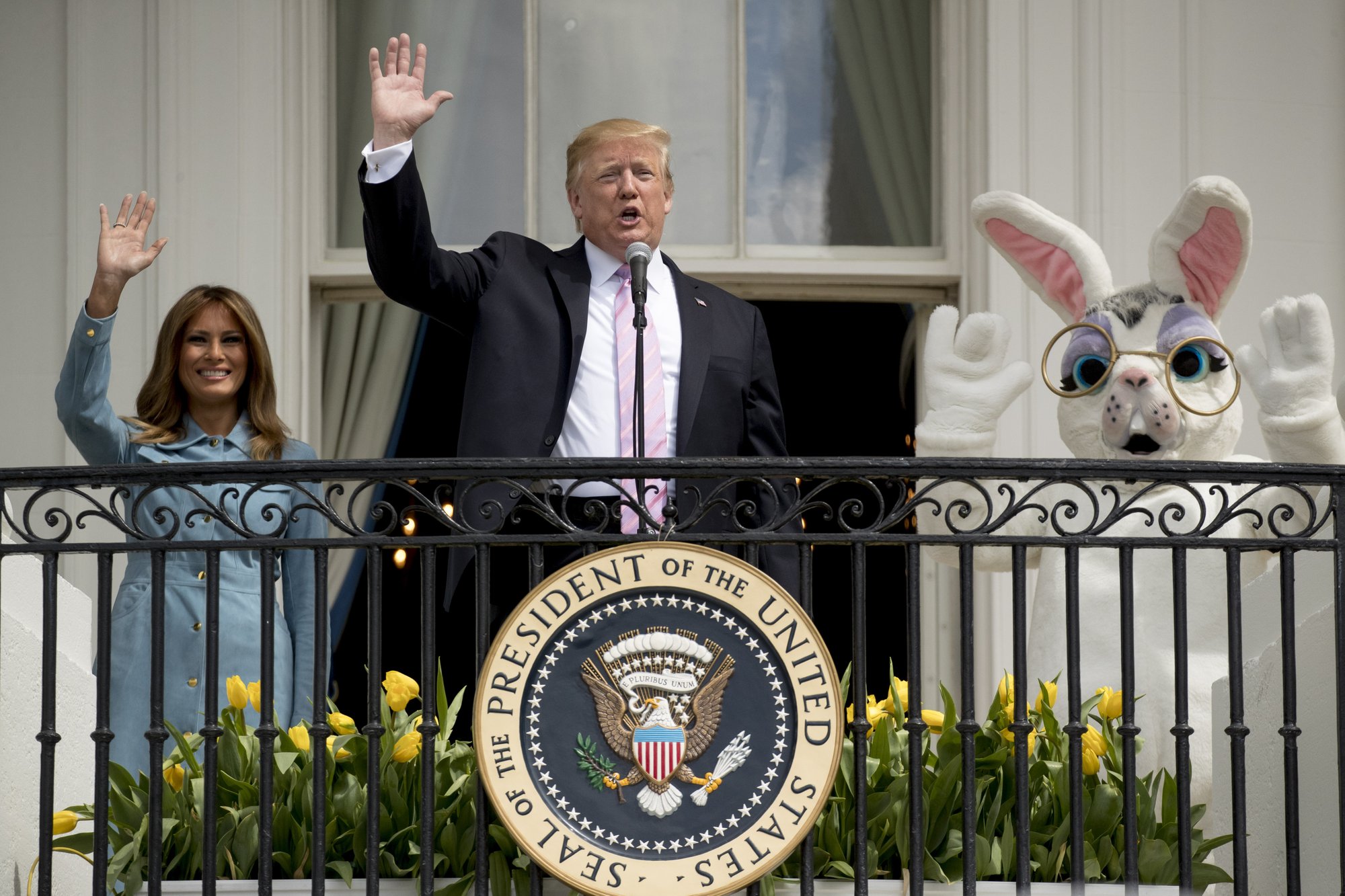 “I want to wish everybody a very happy Easter,” Trump said, addressing the crowd from the Truman Balcony, where he was joined by first lady Melania Trump and a bespectacled bunny character.

He also talked about his administration’s investments in the military, saying, “it is being rebuilt to a level we have never seen before.”

Trump later blew a whistle that began an egg roll on the South Lawn — one of many activities organized for the 30,000 adults and children who will stream through the gates all day.

The main event is the traditional rolling of hard-boiled eggs across the lawn, but the first lady has announced two new additions to the lineup of festivities: musical eggs and a game of hopscotch named for her “Be Best” children’s initiative.

There’s also a nook where Mrs. Trump and other officials read storybooks and a station for kids to make greeting cards to send to US troops.