CULTURE Tsitsipas is youngest man in Slam SFs since '07

Tsitsipas is youngest man in Slam SFs since '07

The Latest on Tuesday at the Australian Open (all times local):

Stefanos Tsitsipas is the youngest man to reach a Grand Slam semifinal since 2007 after beating Roberto Bautista Agut 7-5, 4-6, 6-4, 7-6 (2) at the Australian Open to follow up on his stunning upset of Roger Federer. 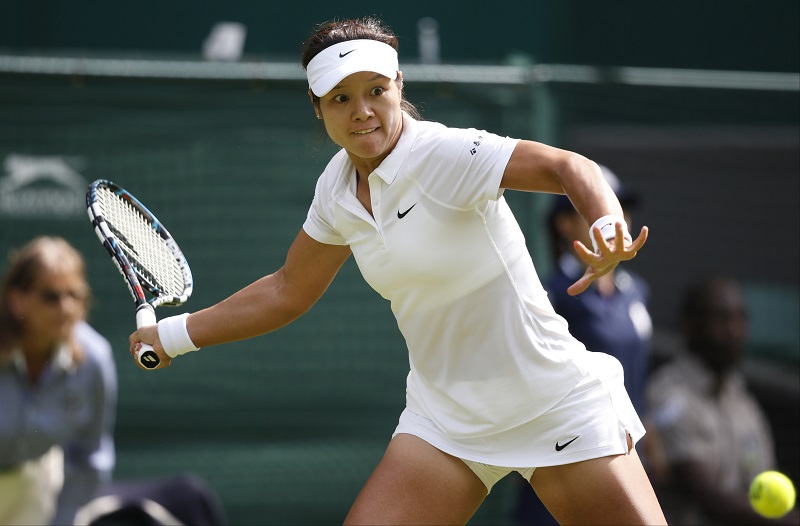 Li Na of China plays a return to Paula Kania of Poland during their first round match at the All England Lawn Tennis Championships in Wimbledon, London on June 23, 2014. (Photos: AP)

"I'm just living the dream," said Tsitsipas, who had beaten six-time Australian Open winner Federer in the fourth round.

The No. 22-seeded Bautista Agut advanced the hard way, spending more than 14 hours on court through his first four rounds. He had three five-setters starting with a victory over five-time Australian Open finalist Andy Murray, followed by another against Australian John Millman and, after advancing through the third round in straight sets, his fourth-round win over 2018 finalist Marin Cilic went the distance as well.

Li Na saw much of herself in a young player on the women's tour early last year.

The two-time Grand Slam champion didn't hesitate to anoint Japan's Naomi Osaka as the player with a bright future.

So, Li, to be inducted into the International Tennis Hall of Fame in July along with fellow former Australian Open champions Mary Pierce and Yevgeny Kafelnikov, was not surprised when Osaka won the 2018 US Open and is already a quarterfinalist at Melbourne Park this time.

Li was a trailblazer in women's tennis, becoming the first player from China to win a WTA title — in 2004 — and the first from Asia to win a Grand Slam singles title when she won the 2011 French Open. She also won the Australian Open in 2014 after losing two previous finals here.

"When I first saw Naomi Osaka play, I thought she was really calm, very mature on court. She was so focused on her game itself, no pressure, point by point. That quality and the player's focus really impressed," she said through a Chinese translator.

Samantha Stosur and Zhang Shuai have combined for an upset 7-6 (2), 7-6 (4) women's doubles quarterfinal win over top-ranked Barbora Krejcikova and Katerina Siniakova on Day 9 at the Australian Open.

Krejcikova and Siniakova won the French Open and Wimbledon doubles titles last year and reached the semifinals at the US Open to finish 2018 with the No. 1 ranking.

"They're a great team — won 2 Slams last year, so we did well," Stosur said. "We came back from a break in both sets — looking forward to tomorrow."

Stosur, who had a career high No. 4 ranking in singles and won 2011 US Open title, has two major women's doubles titles but lost the only final she reached at Melbourne Park in 2006.

"It would be amazing," Stosur said of winning at home. "I guess we're close now, in the semis. It only gets harder here."

Stefanos Tsitsipas was playing Roberto Bautista Agut in the first of the singles quarterfinals on Tuesday, and 17-time major winner Rafael Nadal was playing the last night match on Rod Laver Arena against Frances Tiafoe.