Tunisia captain Wahbi Khazri set up a second-half goal and then scored one of his own to help his side secure its first victory in a World Cup in four decades.

Panama had taken the lead in the 33rd minute through an own-goal when Jose Luis Rodriguez’s hard shot deflected off of a Tunisia player that sent the goalkeeper the wrong way.

Both Group G teams were already eliminated going into the match. Tunisia hadn’t won a World Cup game since a 3-1 victory over Mexico in 1978.

Tunisia’s victory was expected, looking more competitive in losses to England and Belgium than Panama, which was competing in its first World Cup. Tunisia also has more accomplished club professionals in its squad, but it was missing several players because of injuries.

In addition to dealing with the absence of defender Dylan Bronn, Tunisia had to start 33-year-old third-choice goalkeeper Aymen Mathlouthi because its other keepers were injured.

Panama held a 1-0 halftime lead after a goal set up in part by Seattle Sounders defender Roman Torres. His pass set up Rodriguez’s left-footed shot that deflected off Tunisia forward Yassine Meriah. It became the 50th own-goal in World Cup history when Meriah turned his body to block the shot and ended up sending it inside the far post after Mathlouthi had already started moving the other way,

The goal came against the run of play. Tunisia dominated the match with 64-percent possession and finished with 15 shots to Panama’s nine.

But it didn’t take long for Tunisia to equalize on what was somewhat of a World Cup milestone, the 2,500th goal in the history of the tournament, which dates to 1930.

The victory provided a measure of vindication for coach Nabil Maaloul, who led the team to the World Cup by infusing his lineups with younger players. 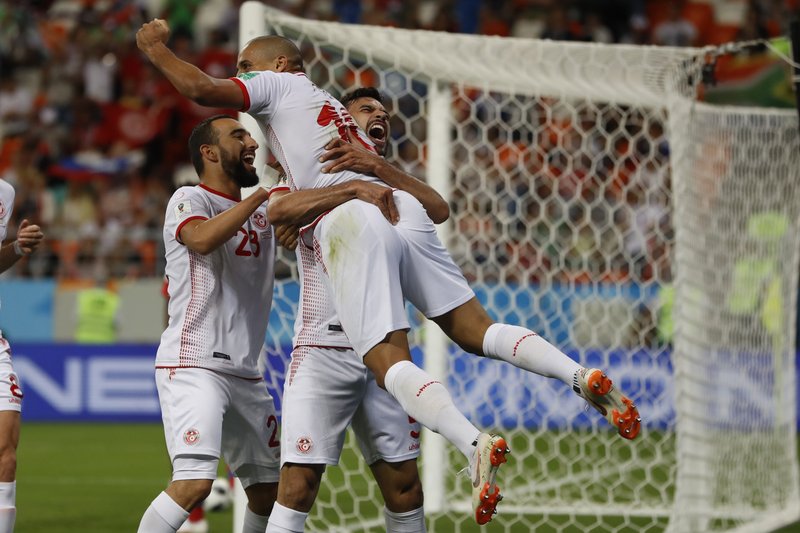