A Chinese translator, who published an English volume of the Condor Heroes series, is working on another book, Mei Jia reports. 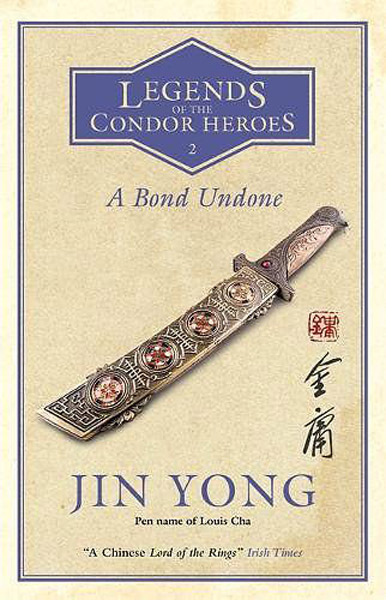 Gigi Chang published the second volume in English of the Legends of the Condor Heroes earlier this year. The book series was written in Chinese by Jin Yong (Louis Cha Leung-yung), who's known for his martial arts and gallantry stories. The first volume was translated into English by British translator Anna Holmwood.

Though popular in the Chinese-speaking world, the books use many cultural, historical and philosophical references that make them difficult to translate for non-Chinese readers.

Chang, a Hong Kong native who now lives in Shanghai, says she practiced tai chi and played the dizi (bamboo flute) to get into the minds of the books' characters.

The additional benefit of tai chi was regular physical exercise.

"I've always found it easier to write about things when I know more about them. It helps to picture the fights or to explain the more abstract internal energy," she says.

"The translation work brought me closer to traditional Chinese culture, especially the interconnection among the different arts."

Starting from the summer of 2015, Chang spent two and a half years translating Volume 2, titled A Bond Undone, while Holmwood was doing the first.

Since she worked from home, Chang says she followed a strict daily schedule.

"To be honest, it's my dogs that helped me to enforce self-discipline."

Besides keeping in tune with Volume 1 because of the book's sheer length and abundance of details, Chang's biggest challenge when working on the second volume was to "visually translate" the martial arts scenes, such as fights, to make them as thrilling to the foreign readers as the original writing.

For example, in the case of heroine Lotus Huang's kung fu master father, his six disciples are named after feng, or "wind" in Chinese. In Chang's version, they are called Hurricane Chen, Cyclone Mei, Tempest Qu, Zephyr Lu, Galeforce Wu and Doldrum Feng.

Wang Xiaohui, senior editor with china.com.cn, reads out excerpts from Chapter 3 of the second volume to show his appreciation for the translation, especially of parts related to martial arts moves and the philosophical thinking behind them.

"Remember the name: haughty dragon repents. The essence of the move is not about being 'haughty', it's in the'repent'. Anyone with a few muscles can muster up fast, brute force. Do you think that's enough to win Apothecary Huang's approval?

"The haughty dragon repents, what waxes must wane. Propel and withdraw. For each palm thrust you launch, you must have at least twice the strength reserved in your body. When you understand what 'repent' means in action, then you will have grasped about a third of what this move is about. It's like a vintage wine: smooth on the palette, a powerful kick at the end. This is 'repent.'"

These words are spoken in the book by Count Seven Hong, the chief of the Beggar Clan, as he teaches Guo Jing, the main protagonist, the first move of the"18 dragon-subduing palms". 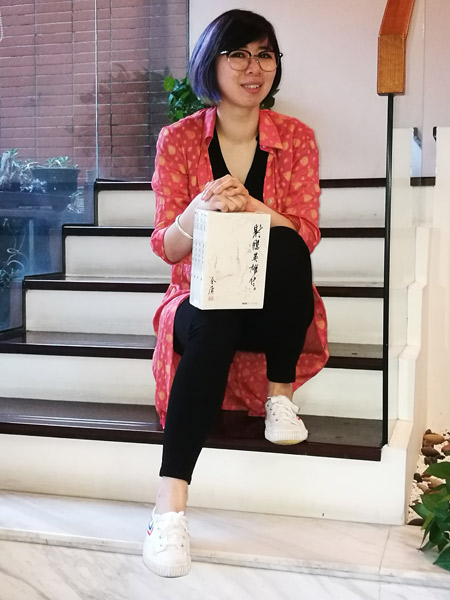 Gigi Chang has published A Bond Undone, the second volume in English of Jin Yong's Legends of the Condor Heroes. She is working on the fourth volume of the series.[Photo provided to China Daily]

Chang says she worked very hard on two paragraphs to balance "an I Ching quote, a discussion of a fictional movement and its abstract energy flow, and making it sound like someone would say it out loud".

I Ching, also known as the Book of Changes, is an ancient Chinese classic.

Many phrases are at the very foundation of Chinese thinking and philosophy. They're canonical texts that everyone knows and scholars spend lifetimes studying and researching, she says.

And while in cinematic language, it's easier to picture multiple actors with fast-moving scenes, for Chang, "moments like that make me clutch my head in despair" if one wishes to keep the writing light and fast and not get weighed down by too many details. Such paragraphs meant Chang would have to rewrite many times, like a blacksmith forging iron.

"But when I finally work out a solution, the satisfaction is immense," she says.

Literary critic and writer Will Harris writes on Books and Bao, a translated-literature website, that, "in this second book, there is an escalation in the campy spectacle of the story and the action". Harris also notes that those with little knowledge of, and experience with, Chinese culture and history will find no difficulty diving into the books.

"Having such a groundbreaking Chinese epic in English is a real gift to fantasy literature," he adds.

Chang was born in Hong Kong in the 1980s, where Jin Yong was like the air everyone breathes. "His stories were everywhere: on TV, in the cinema, on everyone's lips," she says.

While growing up, she was swept up by the adventure the TV series, based on the books, brought.

"I'm really honored and excited, and intimidated, too," she says of the chance to translate her icon's writing.

Chang got to know Holmwood when working at the Victoria and Albert Museum. There, Chang assisted exhibitions from China and translated for the audience, after graduating with a degree in art history from University College London. She then worked in art troupes in Hong Kong and translated classical Chinese dramas for the Royal Shakespeare Company.

She is now working on Volume 4 of the Condor Heroes series, while Holmwood is on the third.

Both translators have worked toward the common goal of publishing four volumes quickly, yet with a unified voice. UK-based MacLehose Press will publish the translated series.

"The joy of the translation process is that it's a journey of discovery of languages and cultures, and it helps in sharing knowledge, building understanding, creating interest in things," Chang says.

In addition, working in a bilingual context gives her the opportunity to see the foreign interest in China and its culture, she says.