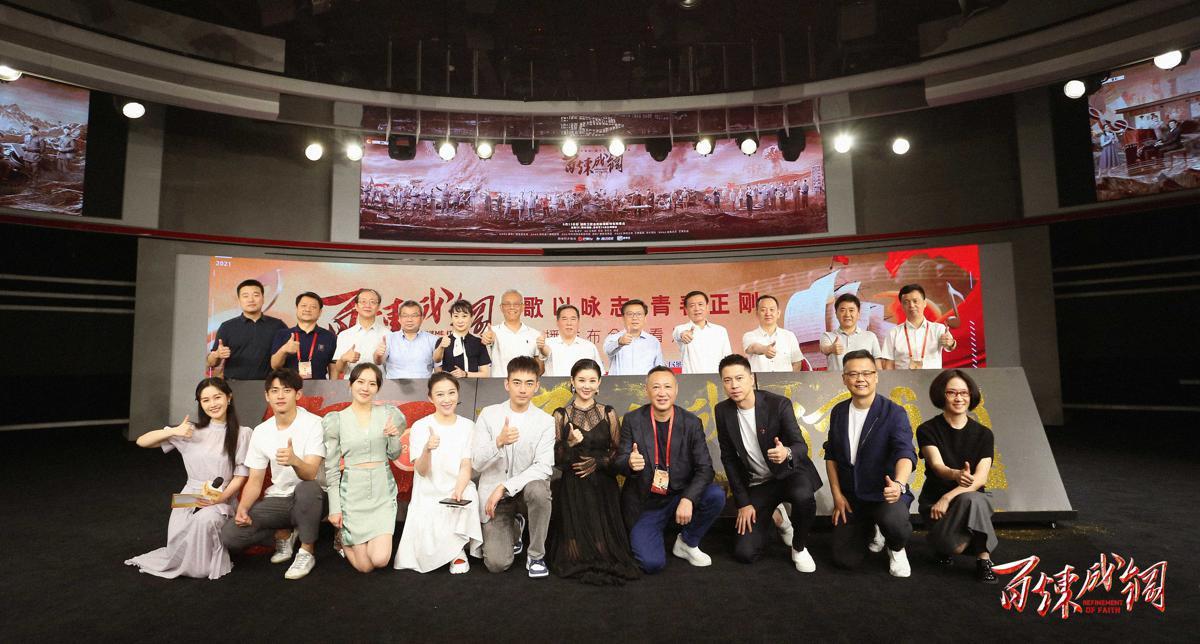 An epic series spanning one century, from 1921 to this year, the 42-episode TV series Refinement of Faith began its run on Hunan Satellite TV and three streaming sites -- Mango TV, Tencent Video and iQiy -- on June 13.

As one of the most highly anticipated programs backed by the National Radio and Television Administration to mark the 100th anniversary of the founding of the Communist Party of China, the drama consists of eight sections, with each taking a renowned revolutionary song as its theme.

Li Jingsheng, deputy chairman of the China Federation of Radio and Television Associations, said it marks the first time such a distinctive blend of music and TV has been used for a retrospective of CPC's 100-year history.

A crew of around 1,300 traveled to several areas, including the Inner Mongolia autonomous region, Ningxia Hui autonomous region and Hunan province to shoot the TV series in 100 days, with its cast recruiting over 400 actors and using more than 30,000 props, according to producers. Scriptwriter Wang Chenggang revealed the criteria for selecting heroic figures to be featured in the show was "sacrifice".

Citing statistics from Major-General and military writer Jin Yinan's book Ku Nan Hui Huang (Suffering and Glory), Wang said the CPC had expanded from a total of 57 members in July 1921 to around 4.4 million in 1949, when the People's Republic of China was founded.

Saying around 3.7 million Communist Party members sacrificed their lives from 1921 and 1949 to strive for the liberation of New China, Wang explained the martyrs' sacrifices should be remembered across generations. Actor Wang Lei reprises his portrayal of Chairman Mao Zedong in the new drama, ten years after he played Mao in the 20-episode TV series Feng Hua Zheng Mao (When We Were Young).

In the new tale, Wang's incarnation of Mao spans nearly half a century, aged from 26 to 71. Zhang Hongsen, member of the CPC Standing Committee of Hunan province, said the TV series employs a refreshing method to retell milestone incidents and historical figures, helping the tales resonate with audiences.