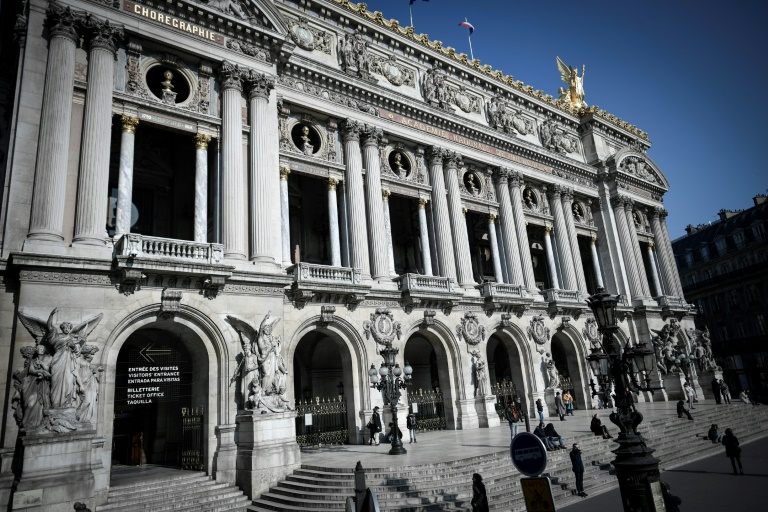 The big-budget teen ballet show was mostly shot on location in Paris and the spectacular Opera Garnier (Photo: AFP)

A big-budget children series set in the Paris Opera Ballet -- which is being billed as a game changer in tweens television -- will premiere Tuesday in Cannes at the world's top TV market.

"Find Me in Paris", a time travelling ballet and hip-hop story aimed at girls and boys from six to 12, is being sold as the first children's show to attempt to ape the success of high-end adult series.

Made in English with a 12 million-euro ($14.7 million) budget, a second series has already been commissioned even before it goes out on Hulu, Disney and French, German and Australian TV.

It tells the story of Lena Grisky, a young Russian princess and star dancer at the Paris Opera school in 1905 who is accidently catapulted to the present day by her boyfriend.

As he tries desperately to bring her back, she falls for her handsome modern dance partner Max, who also runs an underground hip hop dance crew in the French capital.

Mostly shot on location in Paris and the spectacular Opera Garnier, it worked with the ballet's own choreographers and had dancers from its school doubling for the cast.

Producer David Michel of Cottonwood Media called it a "gender neutral show mixing ballet, hip-hop and time travel" before its red carpet screening at the MIPTV market in the French Riviera resort.

"We hope the show will speak to both the younger end of the six-to-12 bracket because of the ballet and love story aspects of the plot, and to tweens thanks to the more complex storylines about time travelling," he said.

Industry analysts have compared its budget and high production values to adults shows, saying that it could be the first of a wave of high-quality tween dramas, a market up till now dominated by lower budget comedies.

Co-produced by the ballet itself and German public broadcaster ZDF, but with a mainly British and Canadian cast, the 26-part series will be broadcast by Disney this weekend in France.