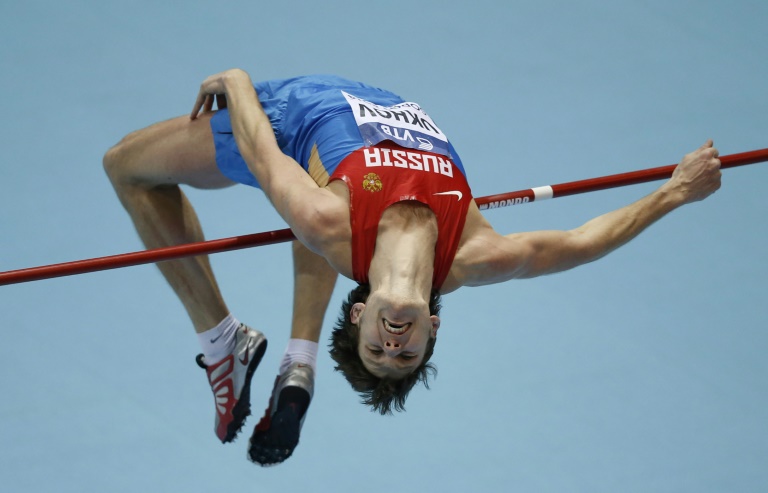 Ukhov has been handed a four-year doping ban. (Photo: AFP)

Twelve Russian track and field athletes, including 2012 Olympic high jump champion Ivan Ukhov, have been suspended for doping, the Court of Arbitration for Sport (CAS) announced on Friday.

CAS had been ruling in the cases in place of the suspended Russian Athletics Federation (RUSAF), and pursued allegations of anti-doping based on evidence from the McLaren report, which uncovered state-sponsored doping in Russia when it was published in 2016.

The International Association of Athletics Federations (IAAF) banned Russia from competing in its competitions in November 2015 and last month upheld the country's suspension into 2019, and CAS opened procedures against the suspected dopers "on behalf" of the IAAF.

"In all cases, the athletes have been found guilty of ADRVs (anti-doping rule violations) under the IAAF Rules and individual sanctions have been imposed by the CAS on each of the 12 athletes concerned," CAS said in a statement.

The court added that the decisions, all focusing on offences committed between the London Olympics and 2013 athletics world championships in Moscow, could be appealed within the next 21 days.

"Now we need to decide what to do next," Russia's athletics federation chief Dmitry Shlyakhtin told TASS agency.

"For the moment it's just the decision of the court of first instance, which, as far as I know, was based on the evidence given by (Grigory) Rodchenkov. We need to receive the operative part (of the verdict) before taking the decision what to do next," he added.

The 32-year-old Ukhov has been suspended for four years starting immediately, and has seen all his results from 16 July 2012 to 28 July 2015 disqualified, meaning he will lose his Olympic title, 2014 world silver medal and 2014 European bronze.

American Erik Kynard is set to be upgraded to Olympic champion in Ukhov's place, with three athletes -- Britain's Robbie Grabarz, Canadian Derek Drouin and Qatari star Mutaz Essa Barshim -- to be bumped up from shared bronze to silver.

Shkolina has also been banned for four years and had her results from the same period annulled, leaving American Brigetta Barrett set to inherit gold.

The longest bans, of eight years, were reserved for hammer throwers Gulfiya Agafonova and Tatyana Lysenko, who had been banned twice before for doping offences.

In total, 42 Russian athletes have been considered clean and received permission from the IAAF to compete in 2019 under a neutral flag.