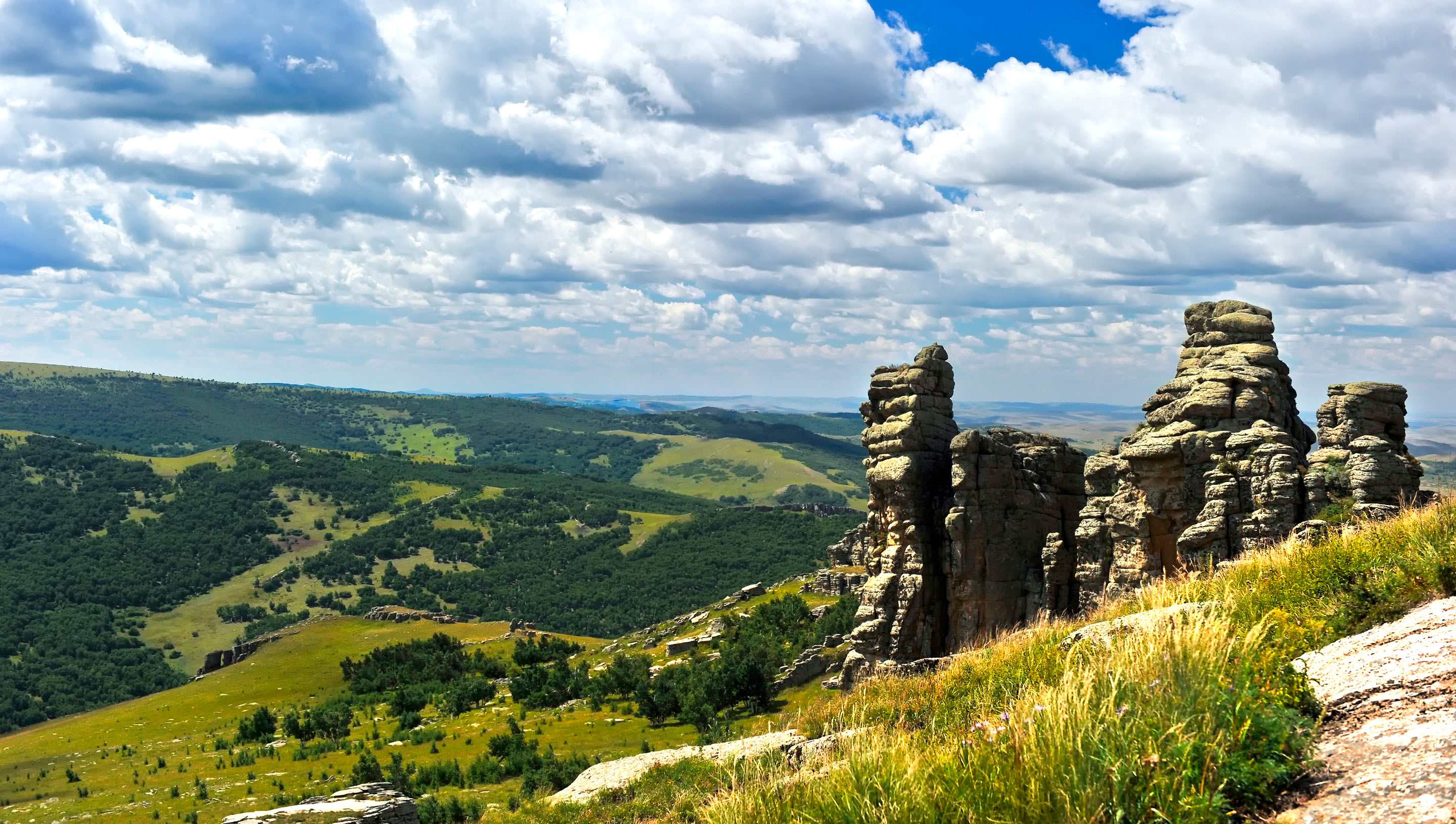 UNESCO's Executive Board recently approved the designation of eight new sites that have preserved their geological legacy as global geoparks, bringing the number of sites in the Global UNESCO Geoparks Network up to 147 in 41 countries and regions. The board also approved the expansion of three existing geoparks.

For those attracted to the unique landscapes and tempted to set foot on an expedition, below is a photo gallery of five geoparks in China that are perfect for a trip in China's spring season. Official websites for these parks can be found in the homepage of Global Geoparks Network.

Located in the northwest of Chifeng City, Inner Mongolia Autonomous Region, this geopark is composed of relics from the Quaternary glacial age such as granite landforms, plateau lakes and wetlands, rivers, volcanic landforms, sandy land, grasslands, and hot springs, and covers an area of 1,343 square kilometers.

"Here you can find the renowned historical sites such as relics of Silk Road, Gobi Desert, Mogao Grottoes, and others," according to the website.

The Yuntai Landform is a typical geological heritage from the neotectonic movement that took place some 23 million years ago, and is a result of epicontinental sedimentation from Middle Proterozoic Era.

As a tourist spot, the mountain park has everything on your dream list: Crystal clear water, waterfalls, macaque monkeys and more.

Mount Huangshan is characterized by its Mesozoic granite landscape. The most famous image of Huangshan is probably its "sea of cloud". Below are links for the spectacular view, and more detailed information about the mountain.

Located 78 km from the city of Kunming, Shilin Park covers an area of more than 350 square kilometers, and is characterized by karst landforms. In Chinese, "shi" means stone, and "lin" forest. Therefore, the park got its name for "the tall and pillar-like limestone scattered and distributed on this area", according to its introduction on UNESCO's Earth Sciences webpage.

The temperature here averages 16 degrees Celsius all year round, meaning it's mild and warm, and always like spring.