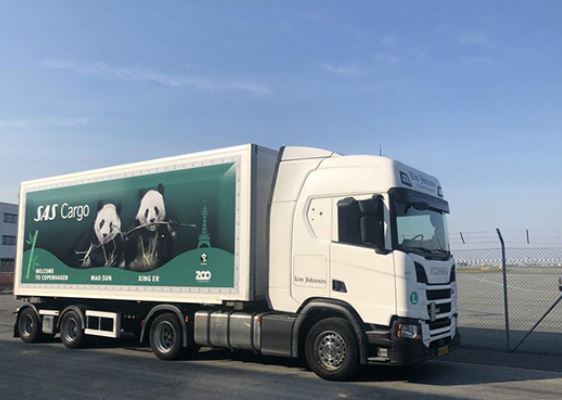 The enclosures carrying the Giant pandas Xing Er and Mao Sun on their way to their new home at Copenhagen Zoo in Denmark on Thursday, April 4, 2019. (Photo: Xinhua)

Two Giant pandas named Xing Er and Mao Sun destined for Copenhagen Zoo arrived at Copenhagen Airport along with 500 kilograms of bamboo on Thursday, according to a report by Xinhua. They will be greeted with a welcoming ceremony at the zoo's new Panda Hall on April 10 before going on display for the general public the following day.

The pair of pandas was sent to Denmark as part of an agreement signed when the country's Prime Minister Lars Løkke Rasmussen visited China in May 2017. 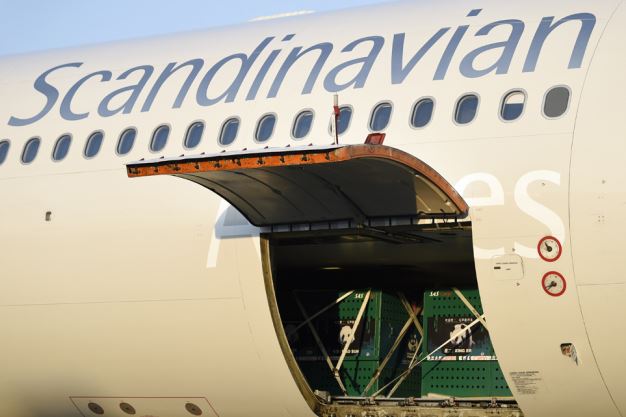 The enclosures containing two Giant pandas Xing Er and Mao Sun in the cargo hold of the plane that delivered them to Copenhagen Airport in Denmark on Thursday, April 4, 2019. (Photo: IC)

The design of the Panda Hall incorporates several Chinese elements. The circular space is divided into two halves in the shape of a yin-yang symbol, and the bamboo planted around the outside is reminiscent of the forests that are their natural habitat in Sichuan Province in southwest China.