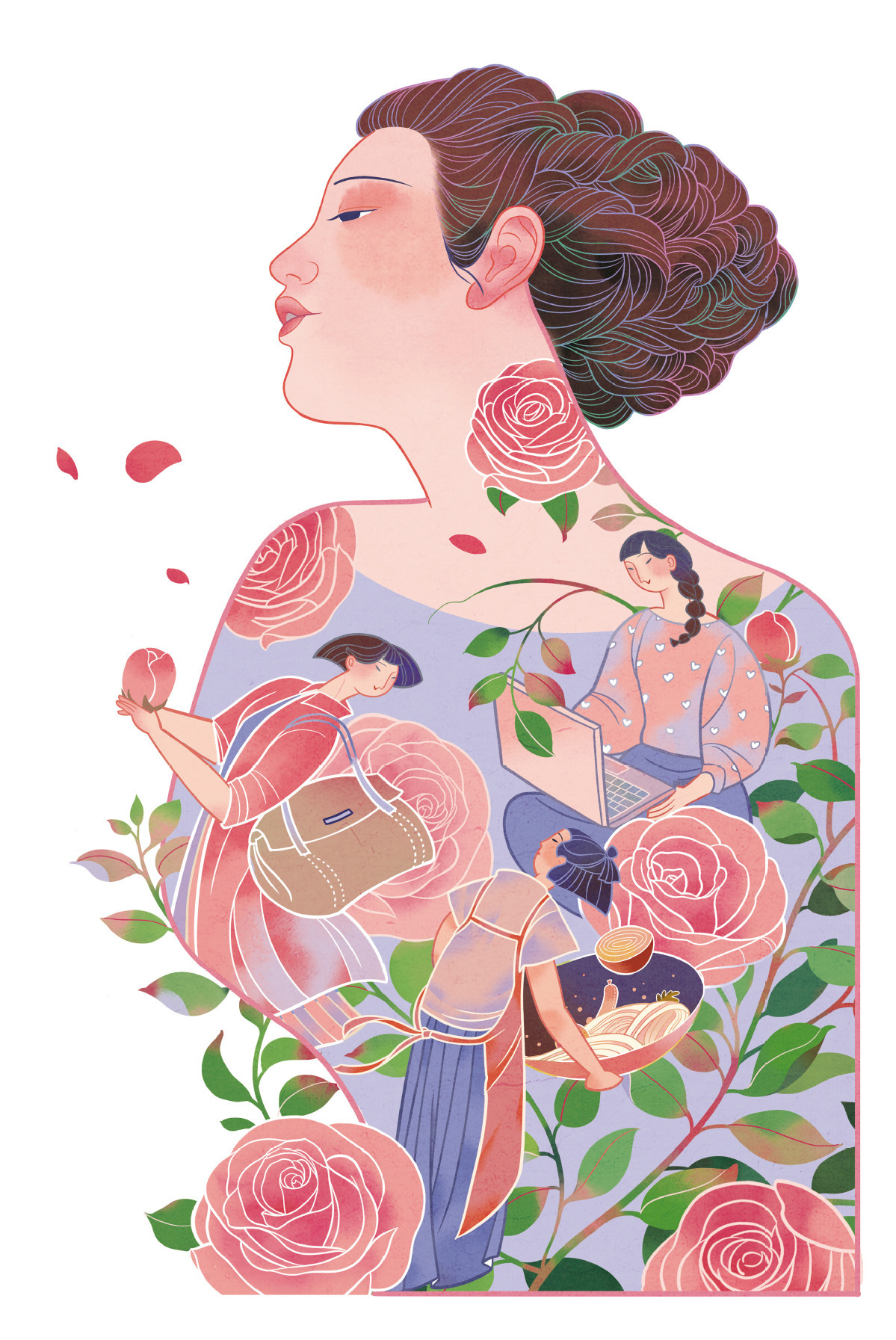 This summer has seen two hit series-TV drama Nothing But Thirty and reality show Sisters Who Make Waves. Both focus on a similar group: women close to or just above 30, an age when, many in China believe, women enter a new stage of life.

The two shows' popularity is understandable. Nothing But Thirty has contributed to about 150 hotly discussed topics on Weibo, a Tweeter-like social media platform in China. Enjoying similar high audience rating, Sisters Who Make Waves has played a key role in raising the share prices of its production company, Mango Excellent Media.

This success can be attributed to the two shows deeply resonating with the anxiety of women who face multiple pressures in today's society. Many believe women's longing for a better life intensifies when they are in the 30s. And the alluring advertisements that keep hammering the importance of "high-quality lifestyle" which can be developed with the "help" of ornamental products tend to put more pressure on them.

After working for years following their graduation, women on the threshold of or just above 30 become more ambitious and therefore more willing to move up the social ladder. Yet the limited channels to increase their incomes, cruel competition in the workplace and health issues due to heavy workloads usually frustrate their efforts in the real world, which is different from the one the ads project.

By presenting the real-life problems such women face, Nothing But Thirty hits a raw nerve of the audience, especially female viewers.

Apart from aspiring to acquire stronger spending power to be in line with modern trends, Chinese women on the threshold of 30 are also under tremendous pressure to get married. In China, the "demand" for women above the age of 27 in the marriage market is "devalued", and they are labeled "leftover women"-a stigma for single women. Even if a single woman is highly educated and has achieved great success in her career, the fact that she is unmarried offsets all her qualities.

Onscreen women who grapple with material desire and the pressure to get married, and yet work very hard are in a way representative of women around 30 in real life, and that's why Nothing But Thirty has become one of the most talked-about shows this summer.

In an industry that prizes youth and beauty over everything else, surprisingly, the two shows feature female characters over 30. In fact, 2018 gave an indication of the things to come when some netizens spontaneously made a fictitious TV series' poster comprising some middle-aged female actresses and assigned each of them a specific role, triggering a heated debate on social media. It also indicated that other than dewy-faced ingénues, a growing number of viewers also yearn for more colorful and profound female characters in TV dramas.

Sisters Who Make Waves tends to whet this appetite of the audience. Rather than beautiful girls in the bloom of youth, the reality show, in a break from tradition, focuses on the charm of mature women. From beautiful but naïve women falling for rich men to independent women, the change in female characters in TV dramas and films reflects the change in public opinion on women's role in the real world.

However, in Nothing But Thirty, women's social value based on wealth and invincible aura in the workplace are out of sync with reality and have thus upset many viewers. The commonly used tricks in Chinese TV series such as love affairs and tussles between the wife and mistress to attract audiences are present in this show, too, and take up too much time, impacting the rating of the show.

Given their anxieties, social roles and importance, women around 30 need to be better understood. Indeed, there is huge potential to dig deeper into the psychology, demands, likes and dislikes of women, especially women around 30, not least because it is socially important and guarantees considerable returns. And the two hit shows prove that.

Zeng Xiangmin is a professor at the Television School, Communication University of China; and Fu Yi is a postgraduate student at the same institution.