The British government called on football chiefs Monday to do more to rid the sport of racism, but stopped short of launching a full-scale inquiry demanded by the domestic players' union following the latest incident in the English game. 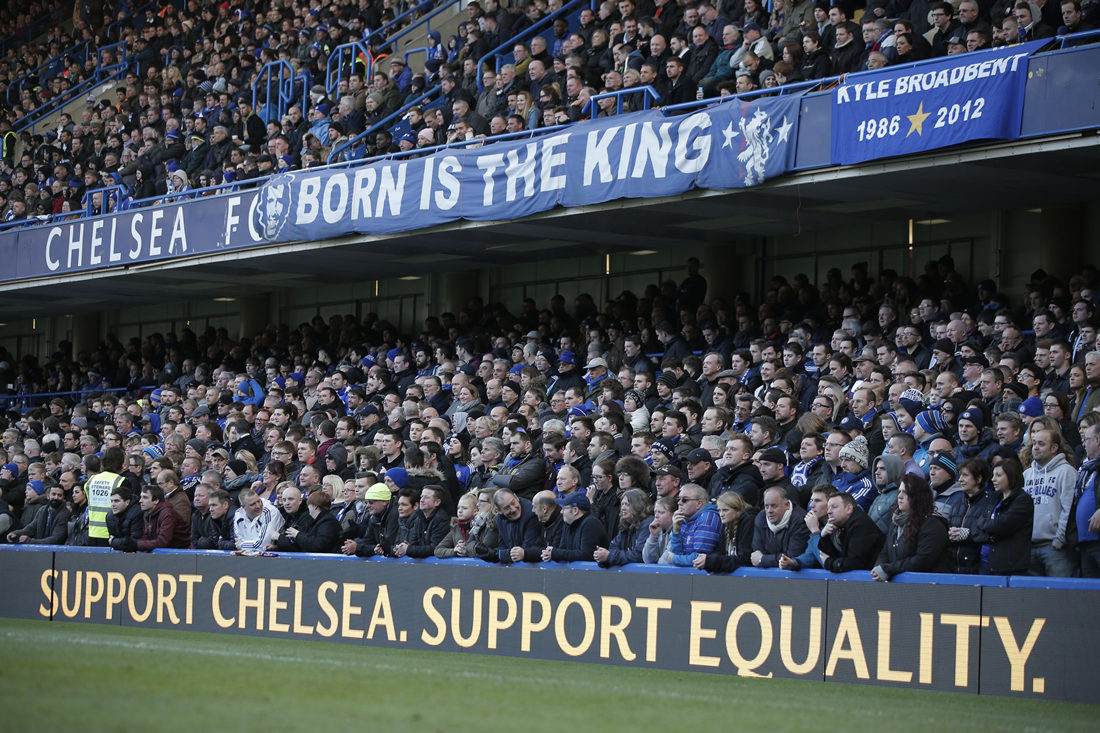 Chelsea's 2-0 win away at London rivals Tottenham Hotspur in the Premier League on Sunday saw referee Anthony Taylor halt play during the second half when Antonio Rudiger complained of hearing monkey noises from spectators.

Moments earlier, the Chelsea defender had been involved in a clash with Son Heung-min that saw the South Korean sent off.

Shortly after the stoppage, an announcement, later repeated, made over the public address system warned that "racist behaviour among spectators is interfering with the game" and Taylor spoke to both managers, Jose Mourinho and Frank Lampard.

After the match, Rudiger tweeted: "It's just such a shame that racism still exists in 2019.

"When will this nonsense stop?" the German added, saying the security cameras at the recently opened Tottenham Hotspur Stadium ought to make it possible to find, and subsequently punish, any offenders.

Meanwhile England's Professional Footballers Association, in a statement issued late Sunday, called for a "government inquiry into racism and the rise in hate crime within football".

The PFA also said: "It has become clear that football players are on the receiving end of the blatant racism that is currently rife in the UK, but they are not alone.

"Racist abuse in football is not just an issue for black and ethnic minority players, it is an issue for everyone who loves the game."

A Downing Street spokesman said Monday that "racism of any kind has no place in football or anywhere else and we must confront this vile behaviour".

"Clearly there remains more work to be done by the football authorities in tackling this issue and we are committed to working with them on this to stamp it out."

But with the PFA calling for an inquiry, the spokesman said the government would be "monitoring how the football authorities implement their plans through the season".

The spokesman, however, added: "We will continue working with the authorities on this, including the Professional Footballers' Association and we don't rule out taking further steps if required."

Two weeks ago a man was identified and arrested for an alleged racist gesture caught on TV cameras during the Manchester derby between City and United, while Italy's Serie A apologised last week after an anti-racism campaign featuring posters with images of monkeys was widely condemned.

UEFA chief Aleksander Ceferin insisted earlier this month that European football's governing body was working to tackle the rising problem after several incidents across the continent including the hurling of racist abuse at England players during a match in Bulgaria.

"When a politician that calls women with burqas post boxes or mailboxes then says publicly that he condemns you UEFA (for not tackling racism)  -- do you reply to that? Do you believe it's honest? Come on," said Ceferin.

"Maybe we have to empower the players to walk off the pitch and stop the entertainment while it is happening," he added.

Lampard said racism needed to be "dealt with strongly", with Tottenham promising a "thorough investigation".

Spurs boss Mourinho also condemned racism but still took a swipe at Rudiger, accusing him of play-acting by clutching his ribs to get Son sent off.

"The club is a very proud club in this kind of situation and internally we will try to deal with it."