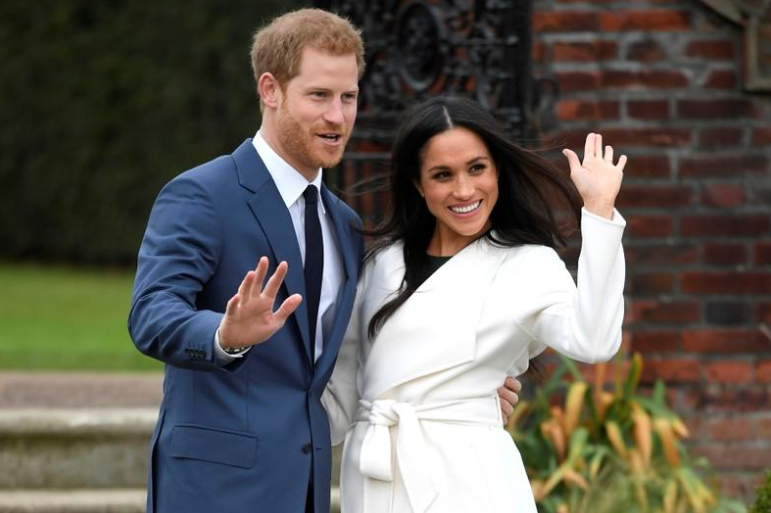 Britain’s newspapers were rife with speculation on Wednesday about the mystery matchmaker of Queen Elizabeth’s grandson Prince Harry and his fiancee American actress Meghan Markle who met on a blind date in London last year.

In a televised interview on Monday when they announced their engagement, the couple were coy about the identity of the “mutual friend”  who had brought them together.

On its front page, the Times newspaper declared that it was the fashion designer Misha Nonoo, who was born in Bahrain and raised in London.

The paper said her estranged husband is Alexander Gilkes, who went to the same exclusive school, Eton College, that Harry, 33, attended, while she is also a close friend of Markle and went on holiday with her in the summer of 2016.

However, the Daily Telegraph had a different solution. It said Violet Von Westenholz, who had been friends with Harry since he was a teenager, was behind the romance.

Westenholz, a PR director for fashion label Ralph Lauren, had helped organize a publicity day for “Suits” in London in June last year, the U.S. TV legal drama in which Markle was one of the cast’s stars.

“I might leave that for other people to say (who the matchmaker was),” she told the Telegraph. “It’s a great love story and I am sure they are going to be very happy together.”

News of the engagement has drawn huge global interest thanks to Harry’s royal status and the Hollywood sparkle added by his wife-to-be.

The couple announced on Tuesday they would wed in March next year at St George’s Chapel in the grounds of Windsor Castle, which has been the family home of British kings and queens for almost 1,000 years. [L8N1NY5BK]

On Friday, the couple will take part in their first official royal engagement as a couple in the central English city of Nottingham, visiting charities working to prevent HIV/AIDS and youth crime.

While the couple’s nuptials have dominated the news in Britain, a poll suggested more than a half of Britons were fairly non-plussed. A YouGov survey for the Times found 39 percent were pleased by the engagement, four percent disappointed and 52 percent indifferent.

Meanwhile, the Daily Mail newspaper’s front page was dedicated to a 21-year-old picture of Markle sitting on railings with friend Ninaki Priddy outside Buckingham Palace, one of her future in-laws’ London homes.

“I‘m not shocked at all. She was always fascinated by the royal family,” Priddy was quoted by the paper as saying. “It’s like she has been planning this all her life. She gets exactly what she wants and Harry has fallen for her play.”