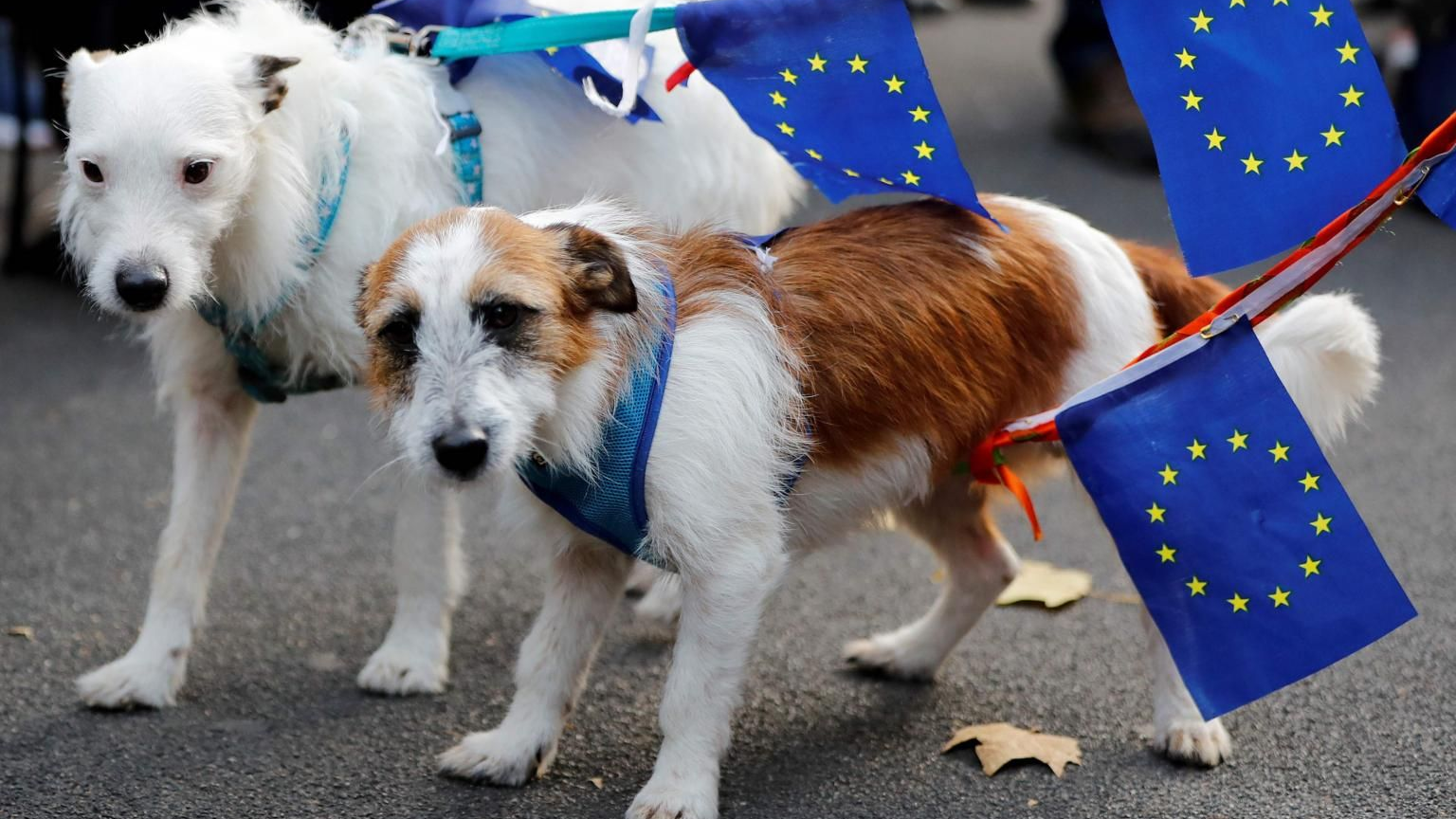 Britain will be in a new category known as Part 2 listed status under the EU pet travel rules, and no longer able to utilize passports which had permitted seamless continental feline and canine journeys. (Phto: AFP)

Vets, pet owners and others in Britain are bracing for new and potentially costly bureaucracy from Friday, when the UK ends participation in the EU passport scheme for cats and dogs.

Britain will be in a new category known as Part 2 listed status under the EU pet travel rules, and no longer able to utilize passports which had permitted seamless continental feline and canine journeys.

Among the changes, pet owners in mainland Britain will now have to get an animal health certificate (AHC) no more than 10 days before travel to the EU countries and Northern Ireland.

Although the new regime is less onerous than if the UK had not been granted so-called listed status, it has left owners and others involved in pet travel unimpressed.

"This health certificate is a new thing and obviously added bureaucracy," said Stuart Pearson, who with his wife Carole has eight dogs – five Dalmatians and three Bracco Italianos – that regularly compete in shows in Europe.

"That is going to add to the expense of going abroad... pet travel's not the cheapest anyway," added the 42-year-old from Gateshead, northeast England.

He predicted making fewer trips to Europe compared to the 15-20 they have typically made annually in recent years, and with fewer of his dogs in tow to save money.

Pearson, who voted against Brexit in 2016, is irked the rules will change for British-based pet owners, but that the UK government opted to maintain the status quo for Europeans bringing in their pets.

He sees the imbalance as nonsensical given Britain is free from rabies while some European countries are not.

"It seems more like a punishment from the EU, because it doesn't make sense to put restrictions on a country that is rabies-free," he told AFP.

"I guess something had to change with Brexit but I'm disappointed."

Vets have also greeted the new criteria warily, according to representative bodies.

They noted an AHC will be required every time owners travel with their pets from Britain, and expect an overall increase in hassle and costs for all concerned.

"These new certificates and requirements are more onerous than the current pet passports, and so there will need to be more forward planning... more trips to the vet," said Daniella Dos Santos, senior vice-president at the British Veterinary Association (BVA).

"These animal health certificates are also very complex, so vets have got a very short time to get their heads around how to fill them in," she added, noting the new system was only announced this month.

Meanwhile, others have voiced concerns that Northern Ireland will be treated as an EU member for pet travel and require the new paperwork for arrivals from mainland Britain.

The British province, home to the only land border with the EU, will remain subject to special rules post-Brexit to ensure a free-flowing border with Ireland – a crucial part of the 1998 peace accords that ended decades of sectarian violence.

"We're disappointed that... owners will need specific paperwork to travel to Northern Ireland from mainland Britain, for the first ever time," said Ed Hayes of The Kennel Club, Britain's biggest organization devoted to dog health, welfare and training.

He added the change would make such journeys "very difficult" and that it appeared to be "a U-turn from Brexit decision-makers, which will have an impact on many pet owners across the UK."

However, David Woods, who runs a pet-friendly taxi company in southeast England near the main departure ports for France, was "ecstatic" about the new rules, having feared they would be far more restrictive.

His firm, Folkestone Taxi Company, has built up a roster of regular customers with pets who are in need of vehicle transport back and forth across the Channel.

"The biggest worry was that we were going to be an external country, where you would have to have had your pets' blood tested three months before and tested at a European-registered vet, and that would have curtailed a lot (of business)," he told AFP.

"The regulations they've got involved, there should be no reason why people won't go abroad with their pets now."