British composer and pianist Alexis Ffrench, a rising black star in the overwhelmingly white world of classical music, is on a mission "to change the narrative" that the genre is stuffy and outdated. 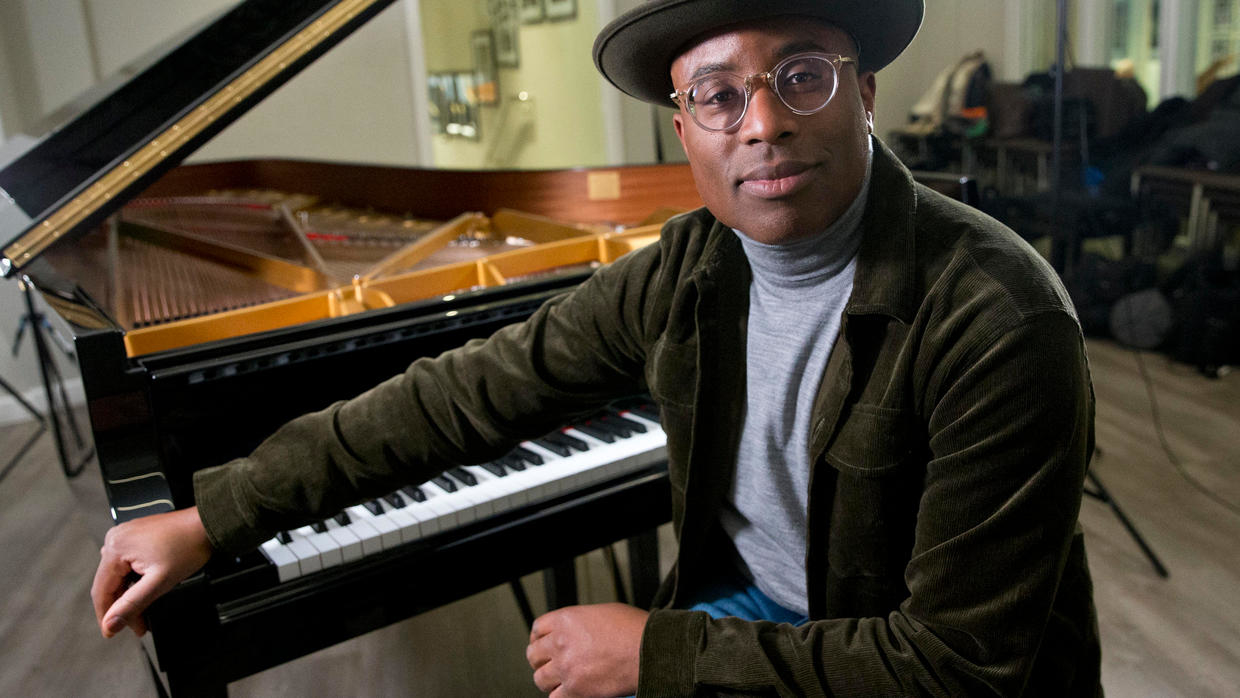 The 48-year-old, who is set to release his latest album next month, is trying to counter what he sees as a false perception by using his fresh take on the music and growing status to reach new audiences.

Ffrench's 2018 hit record "Evolution" propelled him to wider recognition after topping Britain's classical music charts for three weeks and spending around three months in the top 10.

"Classical music is under-represented in certain echelons of society, no doubt about that," he told AFP during a practice session this week at legendary piano-maker Steinway and Sons' central London store.

"I'm determined to use whatever profile, influence, I can to help young people who are certainly disadvantaged in one way or another," he added.

Ffrench was poised to dash from the interview to London's famous Abbey Road studios to continue working with a group of British youngsters not typically identified with classical music.

The scheme is a collaboration between his record label Sony and the Prince's Trust, a charity helping people aged 11 to 30 get into jobs, education and training.

Ffrench, who will embark on a European tour in April, also uses his radio show to "talk about classical music in a new and exciting ways" and play music sometimes only loosely inspired by the traditions of the genre.

"I talk about Childish Gambino and all manner of hip hop artists and what classical music can learn from that," he added, referring to the US rapper Donald Glover.

"I think my duty is to change the narrative."

Ffrench, whose parents emigrated from Jamaica as teenagers, actually trod an orthodox path to a classical music career from the family home in suburban Surrey, southwest of London.

He trained at the Purcell School -- Britain's oldest specialist music school -- before moving on the renowned Guildhall School of Music and Drama and the Royal Academy.

Despite his classical training, Ffrench sees his compositions as a synthesis of many styles, with classical music "in the DNA".

He draws on the influence of childhood favourites such as Stevie Wonder and Bob Marley as well as classical greats like Mozart and Beethoven.

"It's classical music, but it's imbued with this kind of soulful sensibility," he explained.

For his latest album "Dreamland", which he describes as a collection of "lyrical piano songs", Ffrench took inspiration from fans sharing on social media how his music had helped them deal with their life struggles.

"What I wanted to do with 'Dreamland' is create a body of music which acted as a place of solace or an oasis of calm that people could retreat to and, in a sense, just stop, listen and breathe," he said.

Ffrench, who is married with two teenage children and lives in the British countryside, credits his disciplinarian father in particular with instilling in him a drive to succeed.

A jet engineer who left Jamaica aged 16 and eventually worked for Britain's Royal Air Force, his dad instituted a schedule of early starts, regular exercise, church-going and academic rigour in his three children.

"It's about the idea of being better today than you were yesterday," Ffrench recalled warmly of his "old-fashioned" upbringing.

Although "quite autocratic", his father was a music lover and often had records playing in the family home, meaning music flowed through Ffrench's ears from the earliest age.

"Before I had a piano, I played the table because I could hear the music and I thought: 'I'll play this'," he recalled.

Before long, he was playing the organ in church -- including at weddings, to the amazement of some couples -- and well on his way to some of the country's top music schools.

It is this access to opportunities that Ffrench is now eager to replicate for others less fortunate.

"I had teachers who never put limitations on what you could do," he said. "I was really grateful for that."