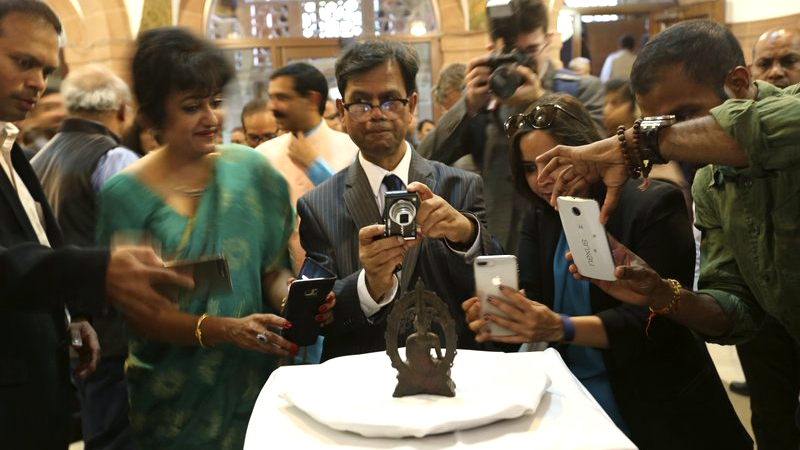 People crowd to photograph the ancient Buddha statue displayed at the High Commission of India during a ceremony to hand it back to India in London Wednesday, August. 15, 2018.  (Photo: AP)

The Buddha, a bronze statue with silver inlay, was one of 14 statues stolen in 1961 from the Archaeological Survey of India site museum in Nalanda, eastern India and changed several hands over the years before surfacing at a London auction.

The statue was handed over at the Indian High Commission in London on Wednesday to coincide with India’s independence day celebrations.

It had changed hands several times since it was stolen before it was finally identified at a trade fair in March 2018.

Police were called after representatives from the Association for Research into Crimes Against Art and the India Pride Project noticed the statue at a trade fair.

The dealer and the owner cooperated fully and, upon learning the item had been stolen, agreed to return it.

"This case has been a true example of co-operation between law enforcement, the trade, and scholars,” said Detective Constable Sophie Hayes, of London’s Metropolitan Police Art and Antiques Unit.

"We must applaud all those involved in the identification and the return of the statue. As from the outset everyone involved cooperated fully."