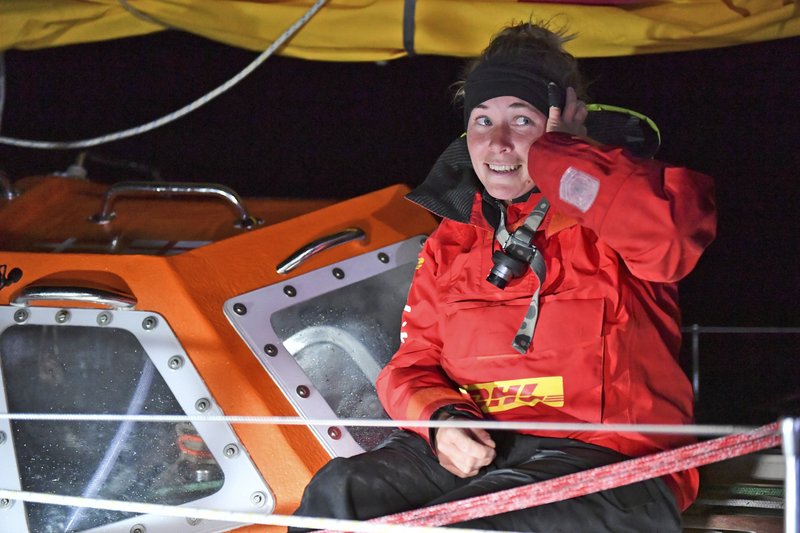 A British woman sailing solo in a round-the-world race is being rescued after losing her mast and being knocked unconscious in a vicious storm in the Southern Ocean.

Golden Globe Race officials said Thursday on the race website that they have been in regular radio contact with Susie Goodall since she regained consciousness.

Goodall is said to be “safe and secure” after losing her mast in the Southern Ocean, 2,000 miles (3,200 kilometers) west of Cape Horn near the southern tip of South America.

Chilean authorities have directed the MV Tian Fu to rescue her. The carrier is expected to reach Goodall on Friday.

The 29-year-old Goodall was the youngest entrant and the sole female in the demanding race. Her entry on the race website says she started sailing at the age of three and has crossed the Atlantic Ocean while sailing alone.

Her text messages to race officials chronicled the disaster that disabled her boat.

On Wednesday at 0829 GMT she texted: “Taking a hammering! Wondering what on earth I’m doing out here” and sent her position.

The competition began July 1 in Les Sables-d’Olonne, France, with 18 skippers each planning to sail roughly 30,000 miles (48,280 kilometers) alone, nonstop and without outside assistance before returning to the same French port.

Some modern technology, including the use of satellite navigation aids, were banned as race officials tried to recreate conditions used in the first Golden Globe Race in 1968.