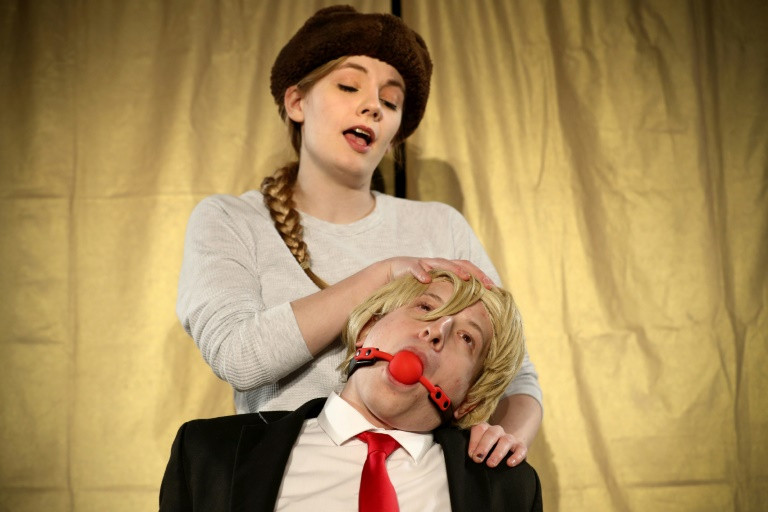 Donald Trump's long-awaited visit to London is happening in theatrical form in a musical whose irreverent plot involves a plan by post-Brexit Britain to sell Scotland to the US president.

Played by 24-year-old David Burchhardt, the Trump character is younger and thinner than the real thing but his elaborate hairstyle is instantly recognisable.

The hero of "Trump: The Musical", playing at the 100-seat Waterloo East Theatre, also has the familiar puckered mouth and an obsession with fake news.

The piece is the fruit of the vivid imagination of Blowfish Theatre, a young troupe based in Sheffield in northern England, and is set in Britain after Brexit.

The costly public healthcare system has shut down but Britain is still short of money and Farage wants to sell Scotland to Trump to boost state coffers.

In one scene, Trump is tweeting from the bathroom.

At the same time, Russian President Vladimir Putin, played by the actress Natasha Lanceley, is drowning his sorrows in vodka as Trump no longer seems to be interested in him.

"Oh Donald, we used to be so close. I thought you really liked me," Putin sings.

"In my dreams, I still see, your sweet, round, puckered mouth". 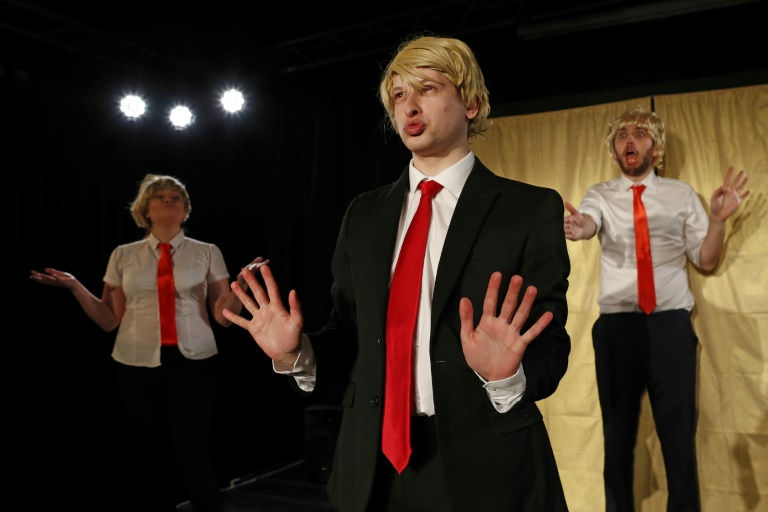 "We thought, well, we have done a musical about one blond demagogue so it's only right and proper that we do another one," said Laurence Peacock, the group co-artistic director.

Trump's campaign and election were a source of artistic inspiration but the core of the musical's plot is Brexit, the deeply divisive 2016 vote to leave the EU.

"The British public is very fed up with it (Brexit) but at least we can laugh at it. It's like kind of a catharsis," said Kyle Williams, the other artistic director.

After playing Johnson last year, Burchhardt had to change his wig and gestures.

He said he also had to watch "loads of videos of him... which was painful".

"Donald Trump is everywhere now, so everyone's got our own minded image of what an impersonation of him should be like.

"But it goes much more deeper. It was like doing text analysis for Shakespeare, it was that complicated for me," he said. The show is inspired by a theatre genre known as "bouffon", which mocks high-placed members of society, said Polly Bycroft-Brown who plays "Rod", a press adviser to the American president.

"The world is taking a funny turn and we think we should laugh at it," said Peacock.

"We are not in any way Trump supporters, but we are making a silly musical in London. What it really aims is to give our audience a good time."