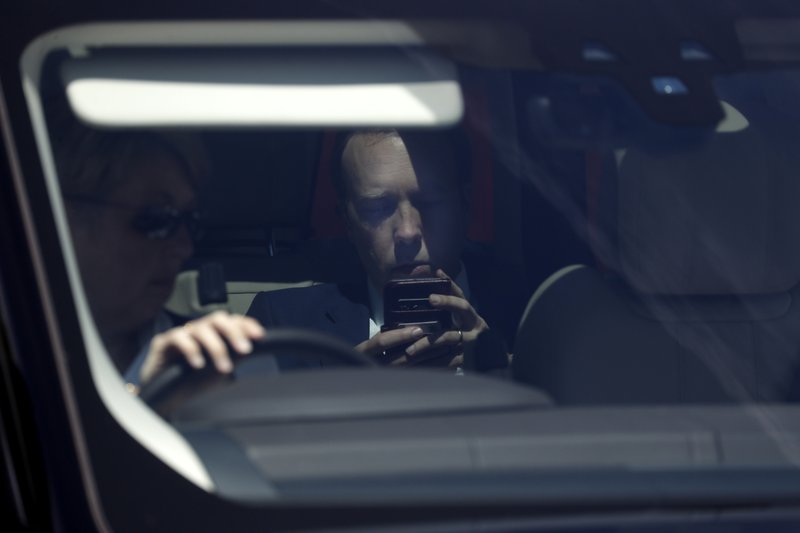 Matt Hancock Britain's Secretary of State for Health is driven through the entrance to Parliament in London, Tuesday, June 2, 2020. The British government has decided to scrap a remote-voting system used during the coronavirus pandemic, and has summoned lawmakers back to parliament on Tuesday, but many aren't happy with the arrangements. (Photo: AP)

People in Britain from ethnic minorities have died in larger relative numbers with COVID-19 than their white compatriots, according to a study by British health authorities published Tuesday. But it didn’t answer the biggest question: Why?

The Public Health England study found that people of Bangladeshi ethnicity had about twice the risk of death of white Britons.

It also found that “accounting for the effect of sex, age, deprivation and region ... People of Chinese, Indian, Pakistani, Other Asian, Caribbean and Other Black ethnicity had between 10 and 50% higher risk of death when compared to White British.”

Health Secretary Matt Hancock said it was inarguable that “being black or from a minority ethnic background is a major risk factor.”

“People are understandably angry about injustices … this pandemic has exposed huge disparities in the health of our nation,” he told lawmakers in the House of Commons.

The study didn’t account for factors such as obesity and other conditions that increase the risk of death with COVID-19, or for the jobs done by those who died.

The study also looked at risk based on other factors including sex and occupation, and found that working-age men were twice as likely to die as working-age women.

“There is much more work to do to understand the key drivers of these disparities, the relationships between the different risk factors and what we can do to close the gap,” Hancock said.

“Black lives matter, as do those of the poorest areas of our country which have worse health outcomes, and we need to make sure all of these considerations are taken into account, and action is taken to level-up the health outcomes of people across this country,” he added.