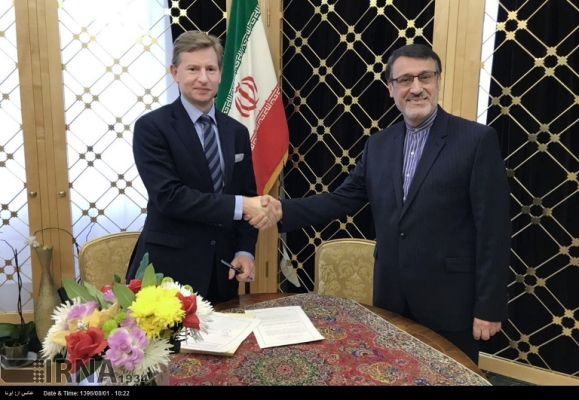 Iran's Ministry of Health signed an investment and cooperation Memorandum of Understanding (MoU) with UK's International Hospitals Group (IHG), Financial Tribune daily reported on Tuesday.
Based on the deal, IHG will invest 1.8 billion euros (2.12 billion U.S. dollars) in the construction of a network of modern cancer treatment centers in the capital Tehran and other Iranian provinces.
The agreement was signed between the two sides in the Iranian Embassy in London on Monday.
"Apart from attracting financial resources to build, equip and run these centers, the British side will cooperate in transferring the latest medical know-how regarding cancer treatment and training of personnel," Iranian Ambassador to the UK, Hamid Baeidinejad, was quoted as saying.
The project, when completed, will be one of the biggest medical centers in Iran, the report said, adding that it will create thousands of direct and indirect jobs in the country.
IHG is an international healthcare services provider headquartered in Gerrards Cross, Buckinghamshire in Britain.
IHG's services include healthcare consultancy, design, construction, medical equipping and operation and management of healthcare facilities.