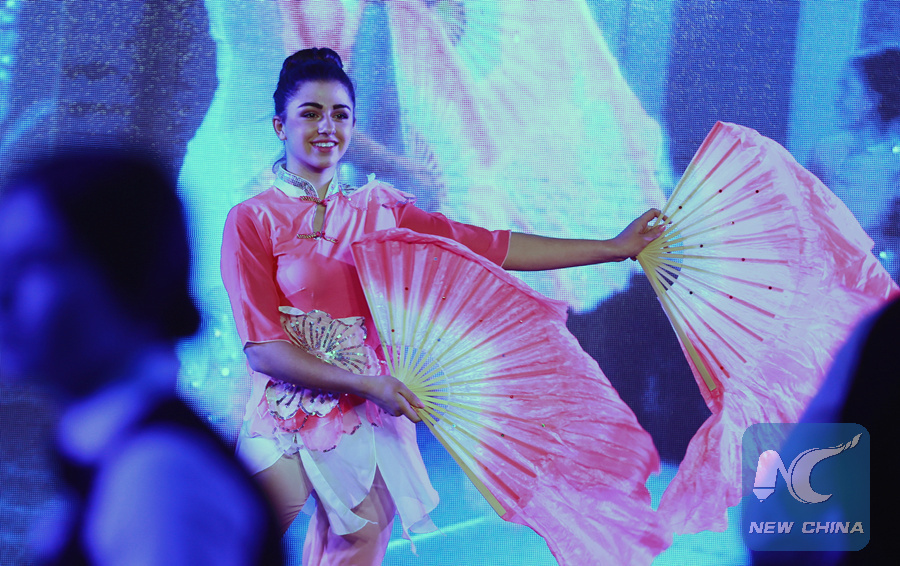 The ancient city, known as the "cultural capital" of Ukraine and attracting about 3 million tourists each year with its impressive architecture and rich history, is welcoming the Spring Festival for the seventh year in a row.

The central square and nine other venues of the four-day festivities are showcasing Chinese traditions such as the dragon dance, a laser show, and a Spring Festival-themed gala.

A fair with traditional Chinese cuisine and souvenirs in the heart of the city near the city hall and the installation of a huge statue of a yellow dog near the Lviv Opera House to usher in the new Year of the Dog are among the major attractions.

A giant screen at the city center, beaming the New Year festivities in major Chinese cities, will provide a "telebridge with China".

The festival, organized by the Ukraine-China Research Center, Lan Hua, is an opportunity for Ukrainians and foreigners visiting Lviv to get an insight into Chinese culture.

It also puts the Chinese in Ukraine in a festive mood despite being far from home.

Yury Kotyk, in charge of Lan Hua, said he decided to start the celebrations in Lviv because in the past, his Chinese friends felt homesick during Spring Festival and were forced to observe it either at home or in student dormitories.

"I decided to organize such a holiday for them," Kotyk told Xinhua.

Initially, the Lunar New Year was just another festival in Lviv. Today, it has become a hallmark of the tourist city, attracting thousands of visitors each year.

Olga Grenyukh, an art director of Lviv Fairs, which organizes street fairs during the Lunar New Year, said the number of businessmen who participate in the celebrations has tripled since the first festival held in 2011.

"In Lviv, the cultural capital of Ukraine, this holiday has found new roots and we can say that thanks to it, local business is growing," Grenyukh told Xinhua. "The Spring Festival extends the tourist season in the city."

This year, more than 30,000 people are expected to take part in the Spring Festival celebrations in Lviv.