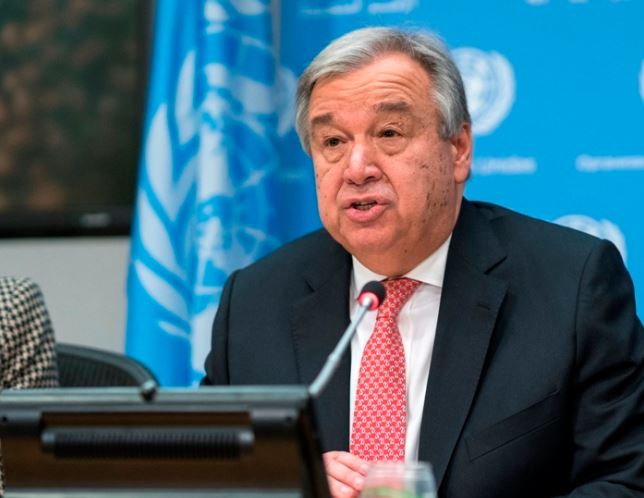 "Almost half of the world's estimated 6,700 languages - of which most are indigenous - are in danger of disappearing. With every language that disappears, the world loses a wealth of traditional knowledge," the UN chief said in his message to the International Day of the World's Indigenous Peoples, observed annually on Aug. 9.

"Languages are how we communicate, and they are inextricably linked to our cultures, histories and identity," he said.

"There are an estimated 370 million indigenous people in the world. A significant proportion still lack basic rights, with systematic discrimination and exclusion continuing to threaten ways of life, cultures and identities," said the secretary-general.

"This is contrary to the intent of the United Nations Declaration on the Rights of Indigenous Peoples and the 2030 Agenda for Sustainable Development, with its promise to leave no one behind," the UN chief noted.

"I count on member states to engage and support indigenous peoples in determining their own development through policies that are inclusive, equitable and accessible. The United Nations stands ready to support all initiatives aimed at realizing the rights and aspirations of indigenous peoples," he said.

On Dec. 23, 1994, the UN General Assembly decided, in its resolution 49/214, that the International Day of the World's Indigenous People shall be observed on Aug. 9 every year. The date marks the day of the first meeting, in 1982, of the UN Working Group on Indigenous Populations.

On this day, people from around the world are encouraged to spread the UN's message on the protection and promotion of the rights of indigenous peoples.

This year marks "the International Year of Indigenous Languages." The celebration features a high-level segment, followed by a panel discussion and an interactive segment with a number of guest speakers and indigenous experts. The event also features an innovation hub on creative initiatives on indigenous languages.