Swimmers wearing snorkels and gripping short, curved sticks dive to the bottom of a pool in Malaysia and charge at a puck as they compete in an energetic game of underwater hockey. 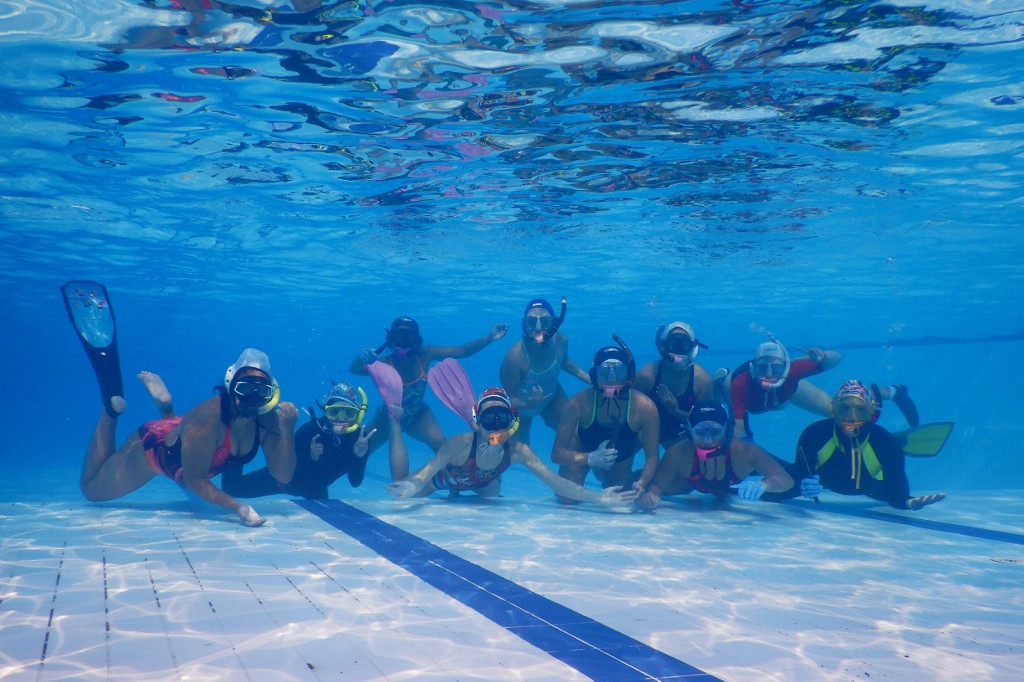 This picture taken on August 25, 2019 shows Indonesia's women's underwater hockey team posing at the Senayan Aquatic Centre in Jakarta during a training camp ahead of the Southeast Asian (SEA) Games in the Philippines later this year. (File photo: AFP)

Invented in the 1950s in Britain -- where it is known as "Octopush" -- to help divers keep fit during the winter months, the game has gained a small but dedicated following from Europe to Asia.

This year the unusual discipline is set to debut at the Southeast Asian Games, the region's biennial mini-Olympics that attracts thousands of athletes.

At the national aquatics centre in the Malaysian capital Kuala Lumpur, male and female players donned snorkels, flippers, caps and gloves ahead of a tough practice session.

Underwater hockey is not for the faint-hearted -- players shoot around at high speed, swimming over one another and jostling as they try to hit the heavy puck, and smash it fast through the water.

They occasionally bob up to the surface for a breath of air before diving back down again.

A match usually consists of two teams of six playing in a space measuring 15 by 25 metres (50 by 80 feet) at a depth of two metres, with each half lasting anywhere from 10 to 20 minutes, depending on the tournament rules.

It starts off with teams charging from opposite ends of the playing area for the puck and then fighting it out below the surface as they try to push it into the opposing side's goal. The goals are usually two long trays at each end of the playing area. 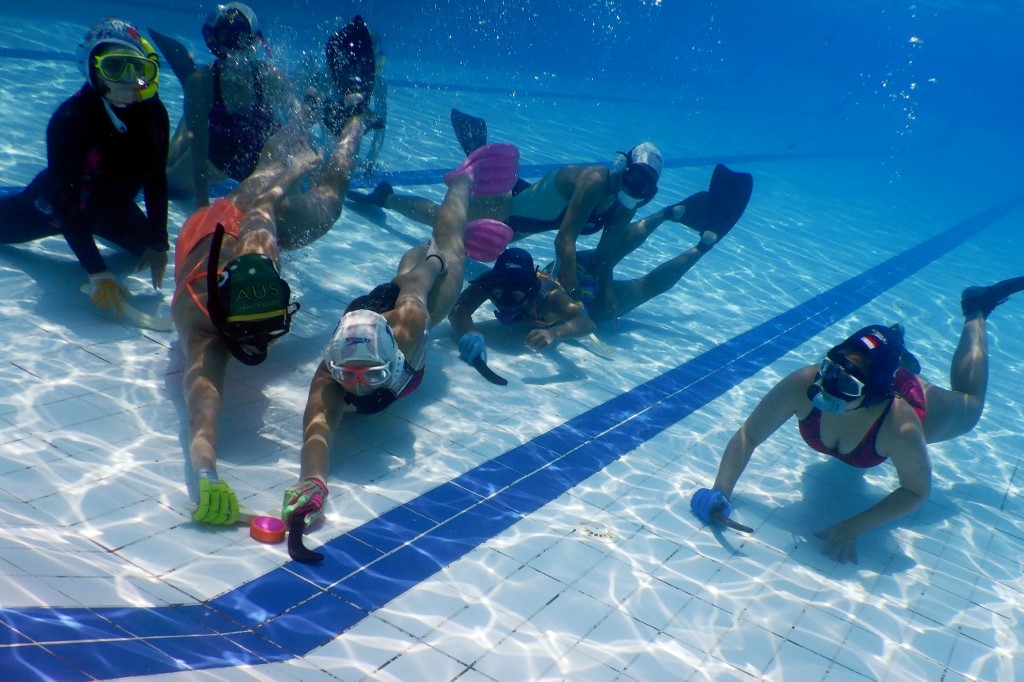 Ho took up the sport as a university student in Wales eight years ago and helped to pioneer it in Malaysia in 2016, playing with a handful of enthusiasts at a public pool outside of Kuala Lumpur.

About 50 people in Malaysia now play the game, with the most dedicated doing four training sessions a week for two hours at a time.

Malaysia will send 24 players to compete in male and female categories of the sport at the SEA Games. Four gold medals are up for grabs and other teams competing are the Philippines, Singapore, Indonesia and Myanmar.

The Philippines, where underwater hockey has been played for decades, is seen as one of the best sides while Singapore and Indonesia are also regarded as strong contenders.

Relative newcomers Malaysia, who are funding their trip to the Philippines out of their own pockets, are underdogs but hope to at least win bronze.

"The team is working hard to get at least a podium finish," Ho said.

"For the bronze, we will give our competitors a good fight."

Indonesia coach Reza Anggara meanwhile said he was "optimistic" about his sides' prospects, with the men targeting gold and its women aiming for silver.

"The team has been working hard training and they're ready to go," he told AFP after a recent practice session.

SEA Games host countries are allowed to drop or add sports at the tournament.

While regular sports such as athletics and gymnastics always feature, a crop of strange new disciplines usually appear at each edition, drawing criticism that hosts are seeking to tilt the tournament in their favour.

Other new sports at this year's Games include eSports, Sambo, a martial art developed in the former Soviet Union, and an ancient form of wrestling from Central Asia called Kurash.