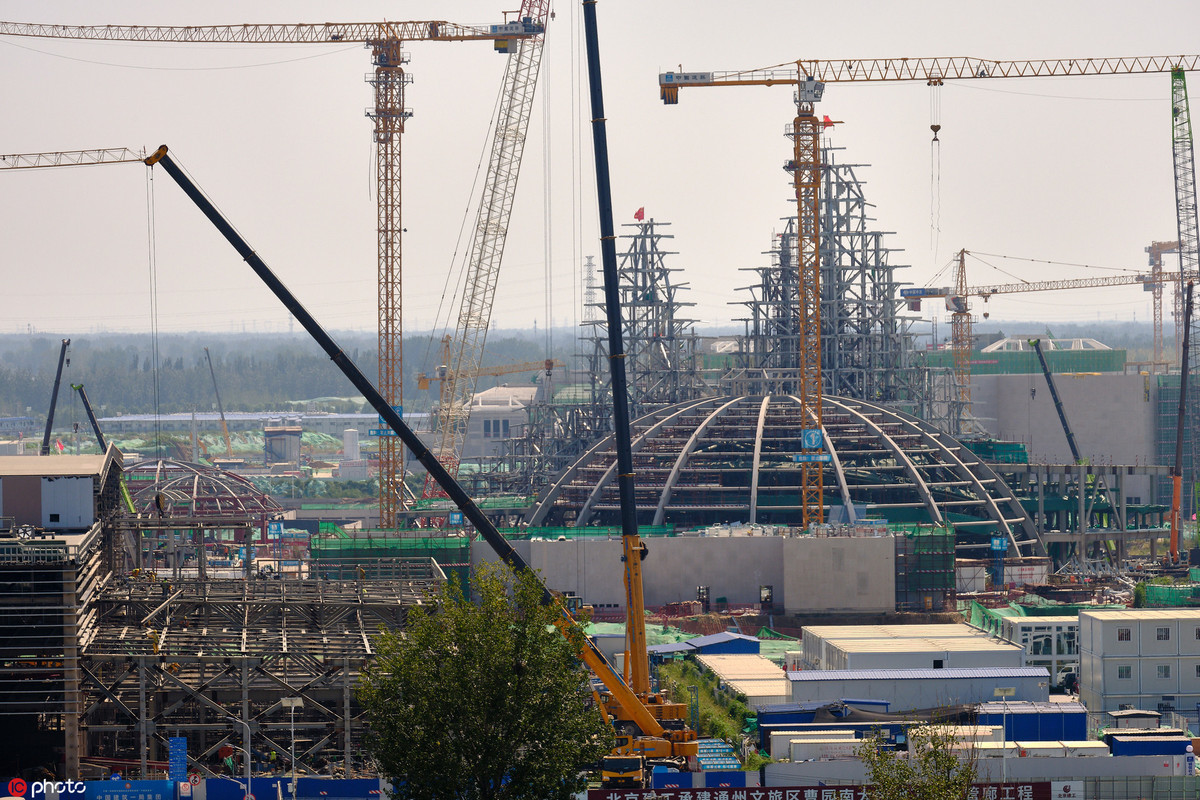 The construction site of the Universal theme park in Beijing on Sept 2, 2019. (Photo: IC)

The Universal Beijing Resort is expected to complete its first construction of rides and attractions of first phase within this year and has plans to officially open in 2021, according to the Beijing Daily.

The resort has announced the first batch of attractions and rides including Universal's big productions such as the Jurassic World Isla Nublar island, Harry Potter and Minions.

The resort also announced its collaboration with Yum China, the parent company of fast food service provider KFC and Pizza Hut, to roll out concept store of KFC with menu designed specifically for the resort.